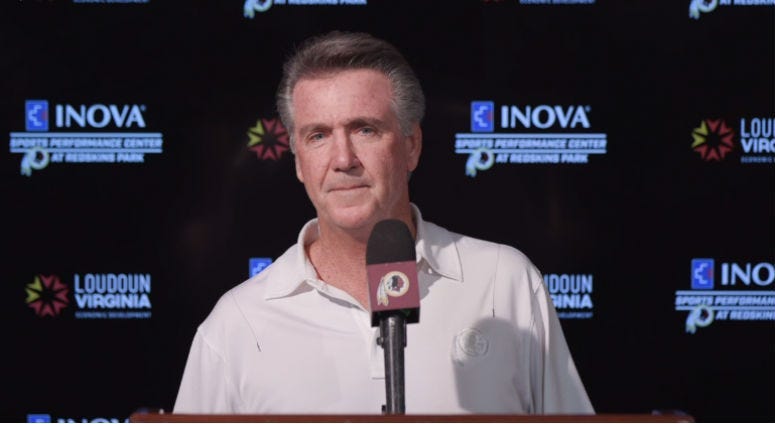 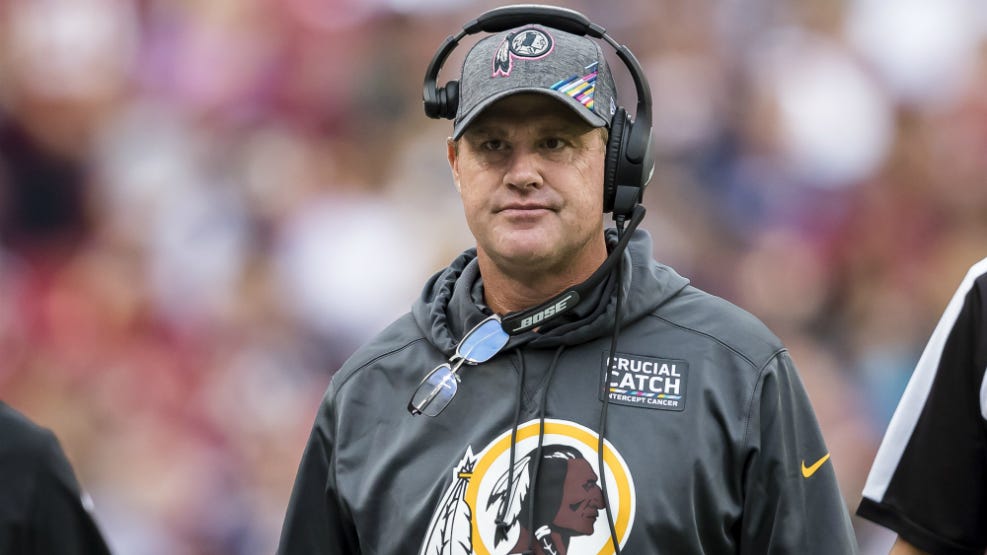 Bruce Allen stepped to the podium in Ashburn to take questions from the media Monday for the first time since January of 2015.

Four and a half years after the infamous "winning off the field" press conference, Allen repeatedly spoke about a "damn good" culture that has resulted in an 0-5 start and a second fired coach under his watch.

Allen repeatedly ducked and dodged direct questions about his record and his tenure. When asked about his record over the last decade, he redirected to the current dilemma. "That's a fair question," Allen said before not answering it. "And right now we're all 0-5 and I don't believe anybody is hiding from their record. Our goal is to obviously change that and beat the Dolphins."

The Redskins team president spoke glowingly about his young core, who has experienced zero playoff games as a collective. "When you're around this building enough, you can feel the passion of these players, you can feel the ability of these players and you can see the coaches working their tails off to try and come up with a winning game plan," Allen said. "That's all we can do right now is work toward the Dolphin game and this season and to keep developing these players."

This is partially true. The players and coaches can do nothing but work on the Dolphins, but Allen is neither. He is the team's chief executive and is in charge of the larger picture view.

"We're all involved in this," he said in response to a question about what he would do differently during his 59-89-1 stint atop the once-proud franchise. "I don't ever want to hide from our record. I don't want to hide from things that didn't go the way we wanted them to go. All we can do is work.

"And do I believe in the group that's here? Yes. I think (Senior VP of Player Personnel) Doug (Williams) and (Director of College Scouting) Kyle (Smith) had a great draft. I think they've had a few great drafts. I see what the coaches are trying to accomplish. I see what the people do at the stadium. They're great workers. They care about this team."

What Allen didn't address was his own failings building a roster and front office staff to put the Redskins in a place to compete. While he was kind to the stadium workers, he did not address a medical staff which, despite their hard work, has seen an unprecedented number of injuries to star players and an unfathomable amount of time lost to botched recoveries.

"You know the culture is actually damn good. These people care," Allen said in what will be the defining moment of this press conference. "We haven't put it together. We've made too many mistakes on game day. But the effort. The effort of the players and the rest of this organization is fantastic. Doug Williams, his hours – if you want to check his time card – working all the time. Our scouts on the road, working all the time. And they're trying to find the right formula for success. These players have the ability and we just have to execute it."

No one is concerned with the hours on a time card if the results don't exist. This is why so many fans came away infuriated with Allen.

However, outside of some version of "I quit," what answers did exist that would have been satisfactory? What could Allen have said that could possibly make winning 39 percent of the Redskins' games over the last nine-plus seasons okay?

They don't exist. That is by no means saying Allen could not have done better. Bragging about culture and effort with those kinds of results is foolish.

He could have come out showing passion for improvement and a vision for the future. Instead he did...whatever that was.

That is why the main takeaway from Monday is a feeling of dissatisfaction. The fanbase is unfulfilled. The Redskins feel no closer to winning than they did yesterday.

"Last year at this time we're in first place and we're doing well, so it was working pretty damn good," Allen said of his winning culture. "Unfortunately our quarterback got injured. The pieces are here for a winning team. We have to put them in the right place, believe in each other, and keep fighting for our goal.

"There's only one way you win. You have to work. You have to get better and you have to beat your opponent. And that's what we have to do. And I believe these players and these coaches will do that."

That is the premise of the sport, yes, but how is the question. It is one Bruce Allen, nearly 150 games into his Redskins career, has never been able to answer.
Follow @CraigHoffman for more Redskins insights.