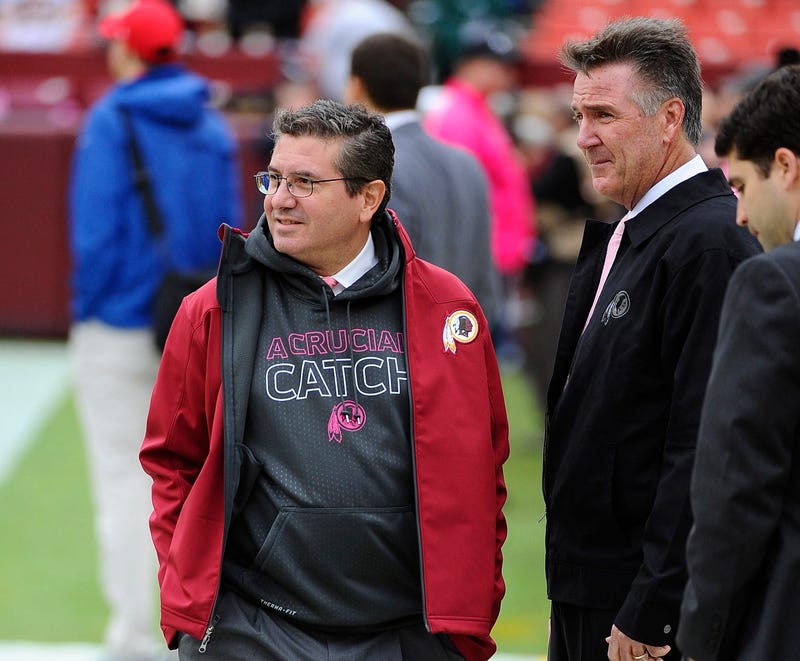 106.7 The Fan Redskins beat reporter Craig Hoffman, who broke the news four Redskins business executives had left the organization, sounded off on the story on The Sports Junkies Thursday.

"This organization got to a crossroads. They actually were smart enough to hire people to get themselves to a crossroads to try to repair it," Hoffman said. "And you wanna know what they did?"

Brian Lafemina, Steve Ziff, Jake Bye and Todd Kline had been hired by the Redskins to help turn the team's public image around, but within a year of joining the organization, all four either resigned or were fired.

"(Dan Snyder) brought in Brian Lafemina after some apparent epiphany ... for a fresh set of eyes and a new set of ideas, and essentially for a reality check," Hoffman explained to the Junkies. "And then he proceeded to not like what reality was, and so he fired him."

"All of this stuff that was going to change, all this hope that (Lafemina) brought and represented, was real, because he had power at the beginning. And then Dan changed his mind, and now we're where we are now."

And for Hoffman, this news is just as devastating for fans as it is for the organization.

In one final request to speak with Snyder and/or Allen, The Fan pointed out that us being able to talk to them would be on behalf of the fans who want answers. A #Redskins spokesman replied simply:"They are not going to discuss this."

"Not in a private moment of frustration, this is actions and not being accountable and saying, 'Bleep the fans. We don't care, we're gonna do things our way.'"