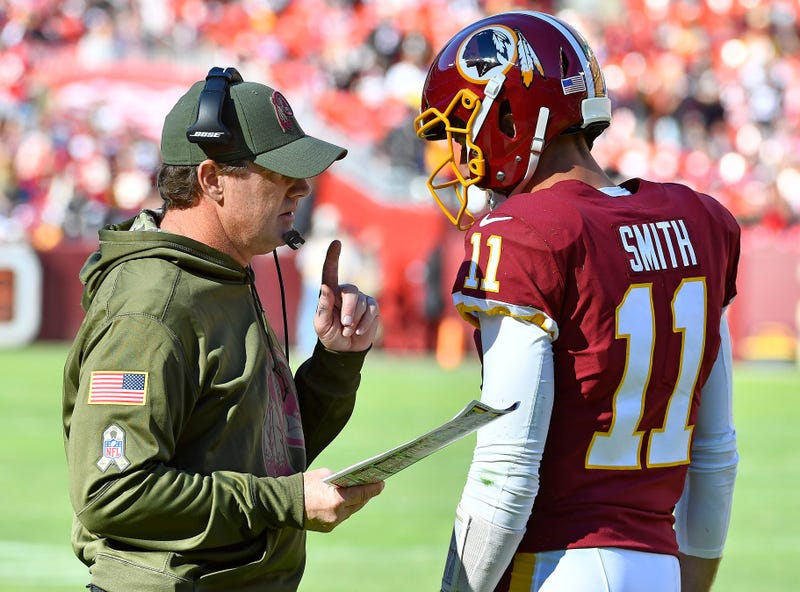 In an era when it's easier than ever for NFL offenses to generate points, the Redskins have struggled this season to do so.

Washington put up just 14 points in Sunday's blowout loss to Atlanta, and is tied 25th in the NFL with an average of 20 points per game.

DeAngelo Hall expressed frustration with the Redskins' low scoring output Monday morning on The Junkies, saying it's time for Alex Smith and the offense to step it up.

"I like this team. I like this defense, but it scares me because at some point teams are gonna score 21, 24 points. I knew this Atlanta offense was the type of offense that we needed to be between 28 and 31 points to really be able to compete with those guys."

But of course, the Redskins, who were notably without Chris Thompson, Jamison Crowder and Trent Williams, never came close to generating 28-31 points Sunday.

And with another explosive offense in Tampa Bay awaiting the Redskins next week,  Washington's offense needs to gives its defense more support.

"At some point, the offense has to be able to put some points on the board so that if the defense is having a bad day or something does happen to where you give up a play that you feel okay about — alright, offense got my back — it's hard to say that because you just don't see it."

"They were a little better throwing the ball, but still not enough or not where it needs to be to be a playoff-caliber team, to win the division and expecting to keep winning."

"I would be a little frustrated if I was the head coach," Hall told The Junkies. "I would definitely want Alex to take more chances, because the only way you're gonna backs DBs up is if you throw the ball downfield."

"If you're not throwing the ball downfield, they're able to sit on things, and they're able to play more of those intermediate and shallow routes that we tend to run a whole lot."