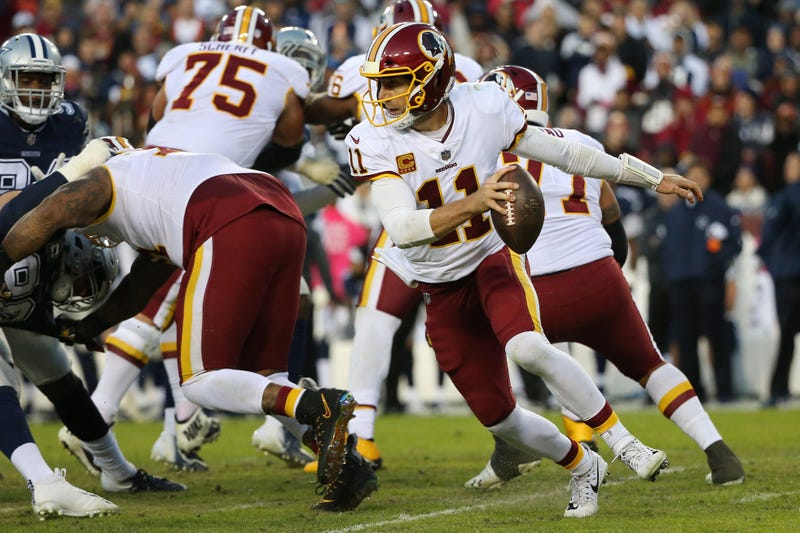 Alex Smith put up pedestrian numbers once again in the Redskins' huge win over Dallas Sunday, completing 14 of 25 passes for 178 yards and a touchdown.

After the game, Smith made it clear Washington's passing game with him under center is still a work in progress.

"But it's not always going to be smooth every week. Like I said, it's a totally different matchup (every week), so there's not necessarily a ton of carryover from the week prior. But I do think you need to keep progressing, and I think we've done that thus far."

Smith was certainly in a tough situation against the Cowboys, operating an offense that's still new to him with several of his key weapons sidelined by injuries.

However, as DeAngelo Hall asserted on The Junkies Monday, if Smith is still not comfortable in the offense seven weeks into the season, wouldn't more preseason playing time have helped his progress? Smith appeared in just two of the four preseason games, making a total of 14 pass attempts.

"At some point, this team is gonna start jelling. It is still early in the season, but our problem as fans was, well if they're not jelling now, then maybe they should have been playing a little more together in the preseason and throughout the offseason," Hall said.

"You're telling us it's gonna take time. Well, maybe we would have been a little closer had we given them more snaps in the preseason."

It certainly appears Smith and the receiving corps could have benefited from more preseason work, but as the Derrius Guice injury proves, that puts your key players at risk. It's a difficult balance to strike, and for better or worse, Jay Gruden erred on the side of caution with his new quarterback.

And despite Smith's unimpressive stats, the conservative approach arguably worked: the Redskins are first place in the NFC East and tied with the Rams for the fourth-best turnover margin in the NFL, in many ways thanks to Smith's low interception total.

Redskins coach Jay Gruden says QB Alex Smith, who has struggled, has helped so far by not turning the ball over. That's part of the reason, Gruden said, they're 4-2. There are other factors. "Playing good defense, field position, we’re making them go... https://t.co/PUnKdMSzvV