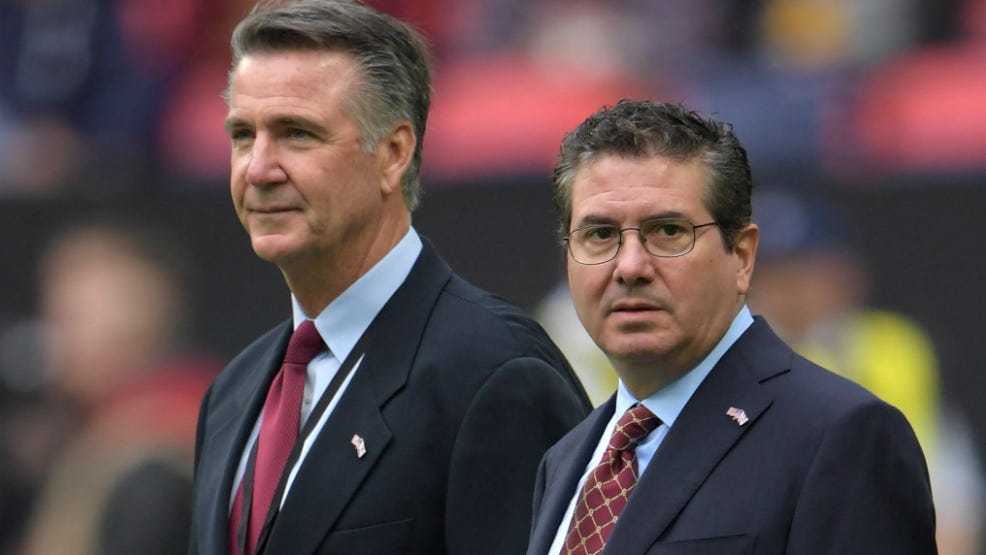 The Redskins need synchronicity. The NFL can help.

A civil war persists at Redskins Park, fueled by an owner who ignores its downside. But, there’s no regrouping from yet another meltdown of the Dan Snyder era without firing president Bruce Allen by season’s end.

Snyder’s problem is he’s not knowledgeable about replacements. He doesn’t follow other teams intimately to know which assistant general manager to hire. He clings to Allen out of familiarity.

However, the NFL can recommend a headhunter to vet candidates. A new general manager will hire the next coach, who decides the next quarterback. Get these three pieces aligned and there’s a blueprint to rebuilding.

The problem is the Redskins are once more out of sync. By drafting Dwayne Haskins 15th overall last spring, Washington has an incumbent problem. Then again, Haskins doesn’t appear near ready. The Redskins need to play him regularly to decide whether he’s the 2020 quarterback or use the first-rounder that’s a likely top-five pick on a quarterback, left tackle or cornerback given Josh Norman isn’t likely to return for his final year at $12.5 million.

It’s OK to pick another passer while continuing to develop Haskins. The NFL is all about having two good passers nowadays because of injuries. If Haskins isn’t ready, Washington can let its new coach pick his passer.

Of course, it doesn’t always work. Coach Norv Turner gained Heath Shuler after arriving in 1994 and eventually went for fellow rookie seventh-rounder Gus Frerotte. Shanahan gained Donovan McNabb, who was a bust. But, the best chance for success is common goals among the GM, coach, and quarterback. Otherwise, conflicting agendas lead to firings.

Snyder doesn’t like working out of an inner circle, though. That’s not uncommon among the rich and famous who don’t trust outsiders. Meanwhile, has Allen ever hired someone who wasn’t connected to his Oakland-Tampa Bay past?

There’s a chance the new GM could be promoted from within via Kyle Smith or Eric Schaffer, both credible team execs who would probably gain less independence by Snyder than an outside hire. The next head coach could be offensive coordinator Kevin O’Connell, a promising young play caller many liken to Los Angeles Rams coach (and former Redskins offensive coordinator) Sean McVay. Again, O’Connell would be given less leeway than an outsider.

Washington needs a new look with new people. The question is whether Snyder is willing to do so.