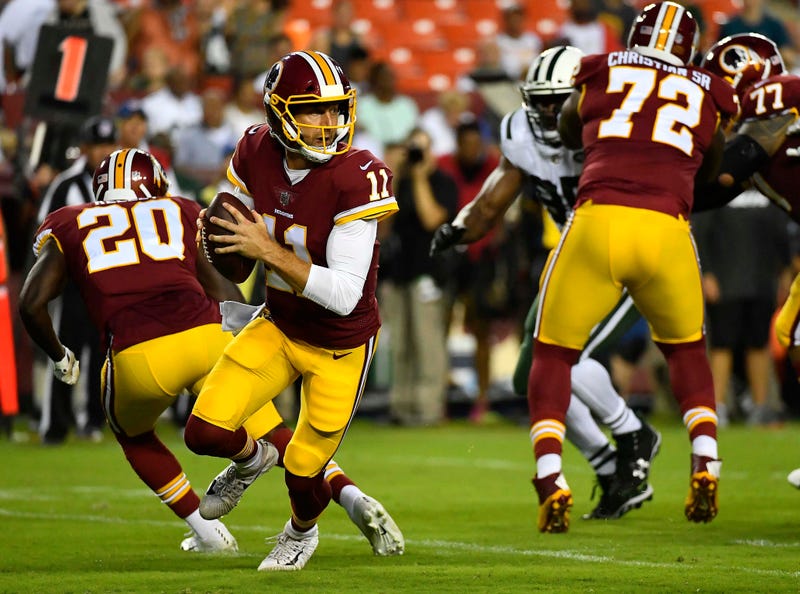 The Washington Redskins teased fans with a game of glimpses.

The Redskins edged the New York Jets 15-13 on Dustin Hopkins’ fifth field goal at the gun on Thursday at FedEx Field. That five red zone drives failed to net a touchdown was only minorly disappointing. After all, the starting offense was gone after the first drive, and then two more running backs went down. It's like Washington isn't allowed to have a running game after also losing second-rounder Derrius Guice for the season with a torn ACL.

But the starting defense dug in, and the reserves showed up at times to keep Jets first-round quarterback Sam Darnold in check, while Teddy Bridgewater later showed enough against backups to maybe challenge for the job.

Overall, it was a decent night for the Redskins. Enough promise of potential.

"I'll say this – it's a good time to be a Redskin," cornerback Josh Norman said. "You see that progression of three years, and sitting back and watching those young bulls go at it and go hunt, and it's a great feeling."

Of course, most of the game was played by reserves, many of whom will be gone by September. But preseason under Gruden has always been looking at second- and third-teamers, and many did enough to say training camp wasn't a waste. But the breakout player was Sims, who redeemed himself after causing an interception by grabbing a touchdown on a play negated by a penalty that was still worth watching. The Redskins are already solid at receiver, but Sims might get a chance at some point come fall.

"He's not developed yet. He's still as raw as can be,” Gruden said. “He's a big, talented guy. He's got big strong hands, he's a size mismatch for some of these corners. ...But overall, you just look for a young guy like that to make steady progress and he's done that. And when the ball's in the air, he's made more plays than he hasn't. We'll keep looking at him."

That means two more chances for many players, two more moments to make a difference.