Ryan Zimmerman weekend has arrived in DC, and he was all over the 106.7 The Fan schedule Thursday, joining The Sports Junkies in the morning and then Grant & Danny in the afternoon.

And while he talked about Stephen Strasburg’s injury, his own jersey retirement on Saturday, and several other topics, a big one with the Junkies was on the state of the Nats.

Quite simply, it’s in peril, as the team has had back-to-back last place finishes since winning the 2019 World Series, are in last place again as of Friday morning, and are 114-174 since Game 7 in 2019.

Zim knows that peril, as the Nats were the worst team in the NL East in five of his first six years in DC, but he told the Junkies that he doesn’t think this hole will be a longer climb than the one his teams had in the late-2000s.

“The Lerners, or whoever buys the team, whatever happens, I don’t think it will be a prolonged situation,” Zimmerman said. “I think this organization and this media market, and just the setup in this city, is too good to go through a prolonged, I guess, run like this.”

The Lerners have owned the Nationals since 2006, Zimmerman’s first full season, but they’re now exploring options to sell, with Capitals and Wizards owner Ted Leonsis reportedly one of the suitors.

That fate would keep the team’s ownership in Beltway hands for sure, but regardless, the Nationals are in a new era, as much of that 2019 team is gone and two of the remaining studs – Patrick Corbin and Stephen Strasburg – have not been the same.

“Did I think it would be (tough)? I mean, I think everyone knew, after they traded everyone, that we were gonna go through something like this,” Zimmerman said. “But no one ever knows until the season gets going what it’s gonna be like that year. I think patience is important. I think a lot of people from 2012 to 2021 or whatever it was got pretty comfy with winning every year.”

Comfortable, but not taking that success for granted. 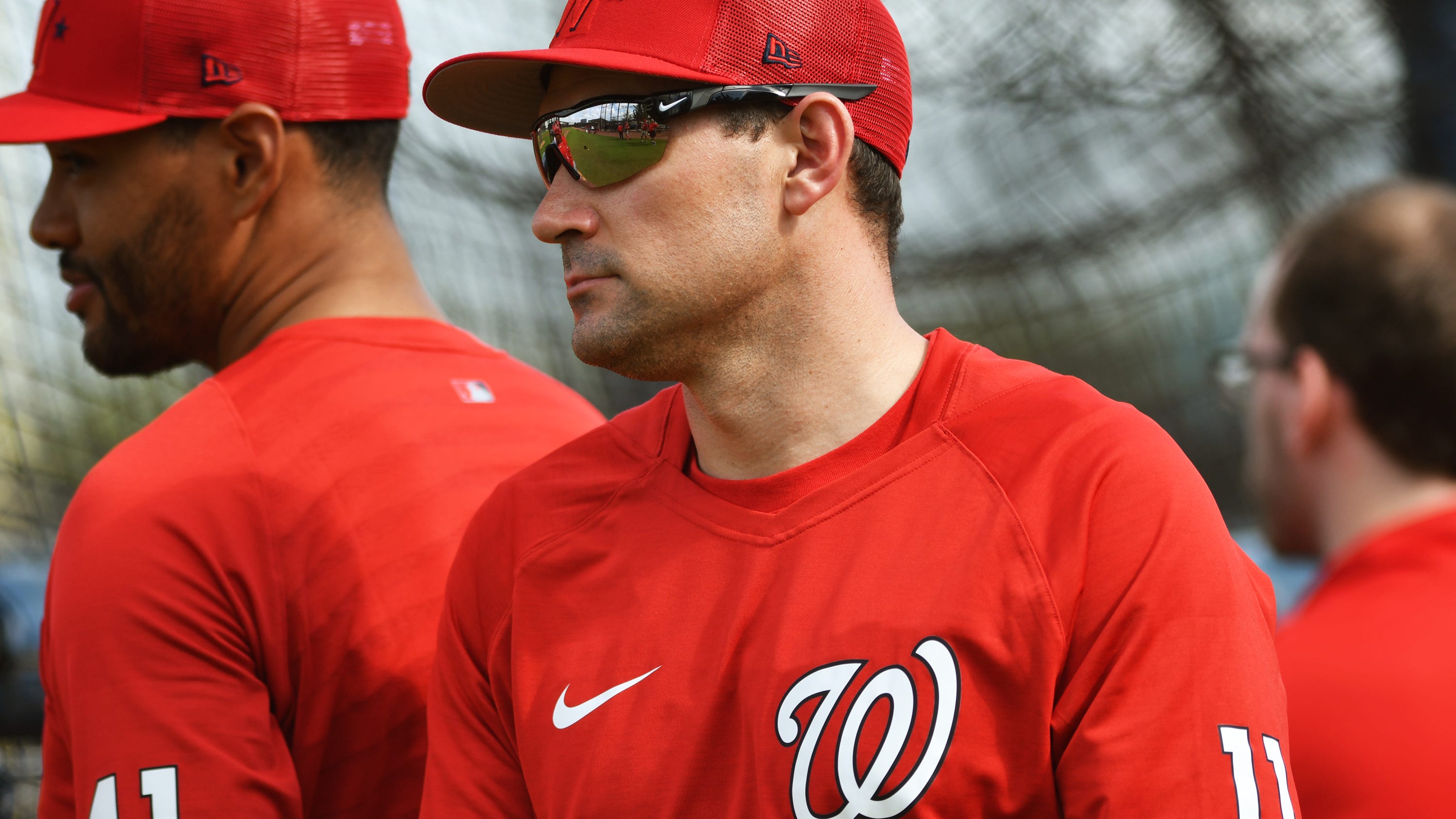 Ryan Zimmerman checks in with the Junkies about Stephen Strasburg's injury

Tough times don’t last but tough people do, and Zim believes the Nats have the pieces – Juan Soto long-term or not – to turn it around sooner than later, despite the struggles of the last three seasons, which he classified last year as more of a "retool" than true rebuild.

“Learning and developing at the big league level is tough,” he said. “You look at Josiah (Gray), Keibert (Ruiz). Lane Thomas started off slow, he’s been playing great lately. It’s just hard. Winning…I don’t want to say you get spoiled, but I think people forget how hard it is to win at this level.”