It was bound to happen. Fresh off his feud with former First Take sparring partner Skip Bayless, Stephen A. Smith has started a new beef, this time antagonizing Brooklyn Nets All-Star Kyrie Irving. Tuesday Smith posted a Twitter video criticizing Irving for his latest ploy, using the Lakers as leverage in contract negotiations with Brooklyn, only to come crawling back after the Nets called his bluff.

“Guess what, Kyrie? No matter what options you think you have down the road, it all starts with you showing up to work first,” said Smith. “Those long-term commitments that guarantee four years over $200 million that was waiting for you? [It] ain’t going to work that way.”

It didn’t take long for Kyrie to respond, clapping back at the popular ESPN personality on Twitter.

@stephenasmith you’re gonna have to explain yourself to people in your generation. I am not around many 50 plus year olds that speak and act like you do, so this is new for me. But I am sure my father and my uncles can meet you on your level better than I can. We know you STEPHEN

Intent on getting the last word, Smith took another swipe at Irving, challenging the mercurial point guard to “stop hiding” while alluding to his “shenanigans,” both on and off the court. He also invited Irving to “name the time and place,” happy to present his argument in a more public space.

Bayless and Russell Westbrook got into a similar confrontation last week, with Westbrook warning the Fox Sports provocateur to “watch his mouth” after repeatedly calling him “Westbrick” in reference to his poor shooting. Draymond Green and Kendrick Perkins have also been at each other’s throats lately, with Perkins unloading on the Warriors enforcer in a profanity-laced video over the weekend.

Russell Westbrook has made it clear that he does not like Bayless and let it be known again after he fired back on the FS1 pundit for calling him "Westbrick."

Our collective obsession with social media has been a blessing and a curse, allowing unprecedented access to stars and celebrities while also creating a dangerous echo chamber, leading to some of the toxic exchanges that, before the advent of Twitter, would never have seen the light of day. Meanwhile, the recent explosion of “gotcha” culture, pinning receipts of past takes as bulletin board material, has made for a decidedly unhappy existence with athletes constantly monitoring their mentions, spewing venom when met with any kind of resistance. Defiance has replaced analysis with the Draymonds and Irvings of the world waging war on their doubters, feeding an exhausting cycle of confrontation that tends to hit the same tired notes over and over.

Debate television is more spectacle than substance, but credit Stephen A. for leaning into it, poking the bear knowing full well Irving would take the bait. A chronic pot-stirrer, some have speculated Irving never intended to leave Brooklyn, entertaining himself by feeding the media a false narrative. If that was Irving’s grand plan, the joke’s on him, because of the six teams on his wish list, only one—the hopelessly desperate Lakers—showed even the slightest interest in him. 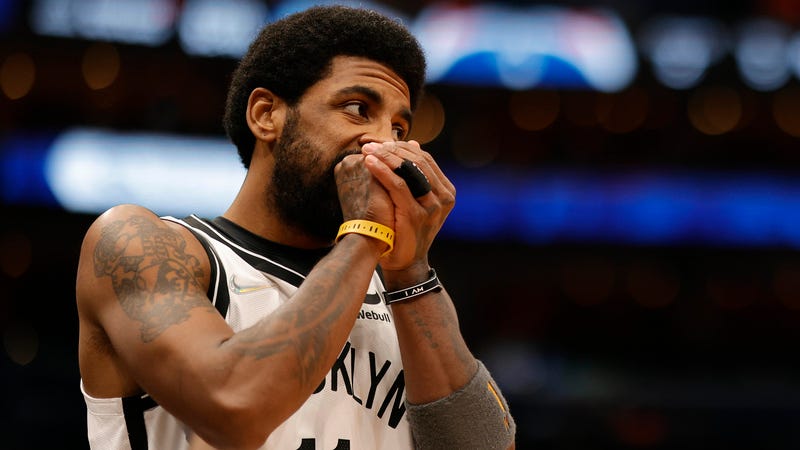 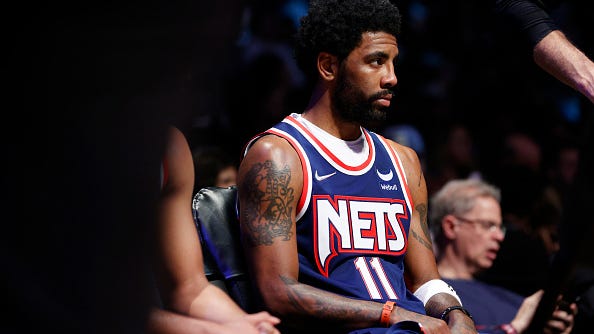