Sonny Jurgensen never worried about having his number retired. The Washington Redskins quarterback was already in the Pro Football Hall of Fame and considered one of the game's greatest passers.

Only Sammy Baugh's No. 33 was retired by the Redskins and that was fine with Jurgensen, who considered Baugh the team's best player ever after winning two titles from 1937 and '42. But when Sean Taylor's No. 21 was retired in 2021, Bobby Mitchell's backers successfully advocated the team's first Black player's No. 49 also to be retired last year.

Suddenly, Jurgensen was the no-brainer to be next.

"I didn't worry about it at all," Jurgensen said. "I wondered about it after some of the people who got it."

Jurgensen will be honored on Sunday at FedEx Field, his No. 9 officially retired. No one has worn it since Jurgensen retired in 1974 as the team long didn't hand out unofficially-protected numbers. But, Mark Moseley's No. 3 eventually became used and Joe Theismann's No. 7 was worn by Dwayne Haskins. Over the years, the reverence to past greats was slipping away.

So the team, which loves to market the past given its recent three decades has produced few great players or moments, decided Taylor, Mitchell and Jurgensen should be honored. Most likely, John Riggins' No. 44, Darrell Green's No. 28 and Art Monk's No. 81 are next. And, maybe, someday Larry Brown's No. 43 and Dave Butz's No. 65.

Jurgensen was the life's blood of the Redskins when arriving in 1964 from Philadelphia via trade. The 1960s teams weren't often successful, but offenses included Hall of Famers Charley Taylor, Mitchell and Jurgensen, along with renowned players like running back Larry Brown and tight end Jerry Smith.

When coach Vince Lombardi arrived in 1969, the former Green Bay Packers legend said his old team would have never lost if it included Jurgensen. Jurgensen led Washington to a 7-5-2 mark in its one season before Lombardi died, its first winning mark since 1955. Teammate Sam Huff often joked it was the only season the passer with a beer gut was in shape, a remark that always brought a disapproving slant-eyed look and fake laugh from Jurgensen despite the pair being best friends.

Jurgensen could make any throw, including amazing ones from behind his back in practice and later in retirement. Jurgensen loved to torment rich friends of owner Dan Snyder that wanted to say they caught a pass from Jurgensen. Even in his 70s, Jurgensen threw with such pinpoint accuracy that he'd make the corporate types gasp for breath after missing several passes by an inch.

Another generation of fans enjoyed Jurgensen's biting commentary as part of the team’s "Sonny, Sam and Frank [Herzog]" radio broadcasting team from 1974 to 2018 when health issues forced his retirement. Jurgensen's insight was cutting and coach Jim Zorn was often incensed by Jurgensen's postgame questioning over failed plays in losses.

Jurgensen still follows the renamed Commanders, though the games aren't always available in his market.

And so will many visiting Dallas Cowboys fans in the season finale. Surely, FedEx will be heavily blue with some fans remembering the many times Jurgensen beat them. Will Cowboys fans boo or embrace Jurgensen's retirement ceremony? Jurgensen was amused over the prospect.

"I'm not sure. Just have to wait to see. I guess there will be [some boos]," he said. "I just hope Washington wins." 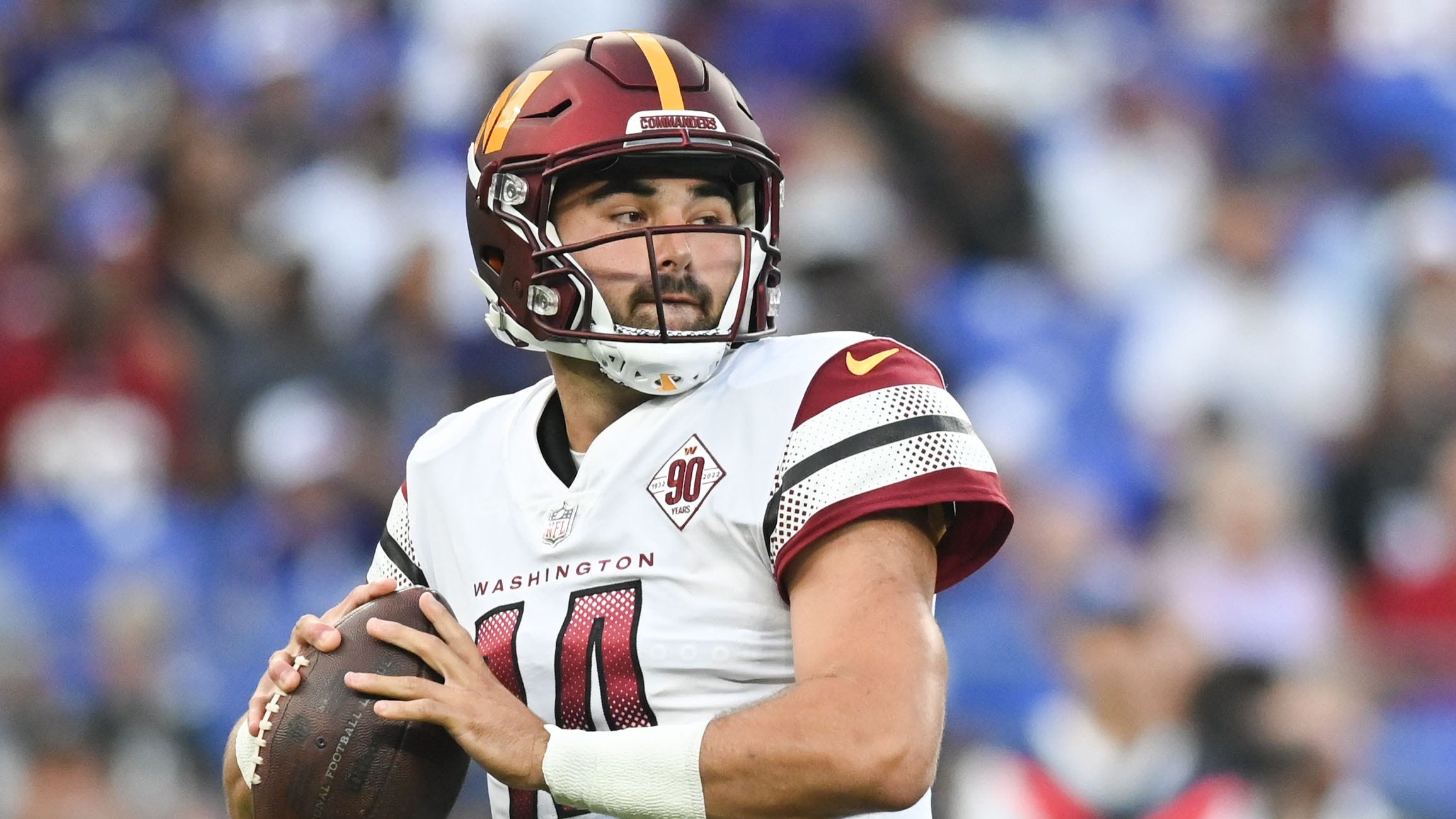 Sam Howell named Commanders starting QB for Week 18
We strive to be a platform where varying opinions may be voiced and heard. The views, thoughts, and opinions expressed by the author(s) of this article and/or by those providing comments are theirs alone, and do not represent those of Audacy, Inc. We are not responsible for any damages or losses arising from this article and/or any comment(s).
Featured Image Photo Credit: Jonathan Newton / The Washington Post via Getty Images