After not being publicly seen around the Washington Commanders' first three games, owner Dan Snyder was on the field posing for pictures and chatting before his team's feeble performance in a 25-10 defeat to the Dallas Cowboys.

This was one of the first times fans have seen Snyder since he successfully avoided an in-person day on Capitol Hill during an investigation into the toxic workplace at the team facility by taking to the high seas on his superyacht and spending time in Israel for his mother's yahrtzeit.

NFL Media's Ian Rapoport tweeted a team spokesman said "Snyder has been at every previous game, as well."

The Commanders top man was seen chatting with players and then stopped to speak with and take a picture with Cowboys owner Jerry Jones, the league's apparent kingmaker and most powerful man in football.

Snyder was wearing a blue blazer with a pin of the team's new crest and it appears his hair perhaps has a slight blonde or lighter color to it.

#Commanders co-owner Dan Snyder on the field pregame at AT&T Stadium ahead of kickoff between Washington and Dallas#HTTC @nbcwashington pic.twitter.com/s6IRqhWS3D

Dan Snyder, his wife and co-owner, Tanya Snyder, and team president Jason Wright, then posed for a picture with the Cowboys owner. And the team decided to tweet a peculiar message accompanying the picture.

"Friends and rivals for 24 years," the team said about the relationship with the Cowboys.

Friends and rivals for 24 years 🤝

The "friends" in Dallas proceeded to win 25-10 with back-up quarterback Cooper Rush, who threw for 223 yards on 27 attempts with two TDs, besting Carson Wentz's 170 yards on 25/42 passes with a TD and two interceptions.

After the game, it was a police escort home for Snyder and company.

(Serious question: How many people get a motorcade in the bowels of a stadium?) pic.twitter.com/RvjpTwE2JI 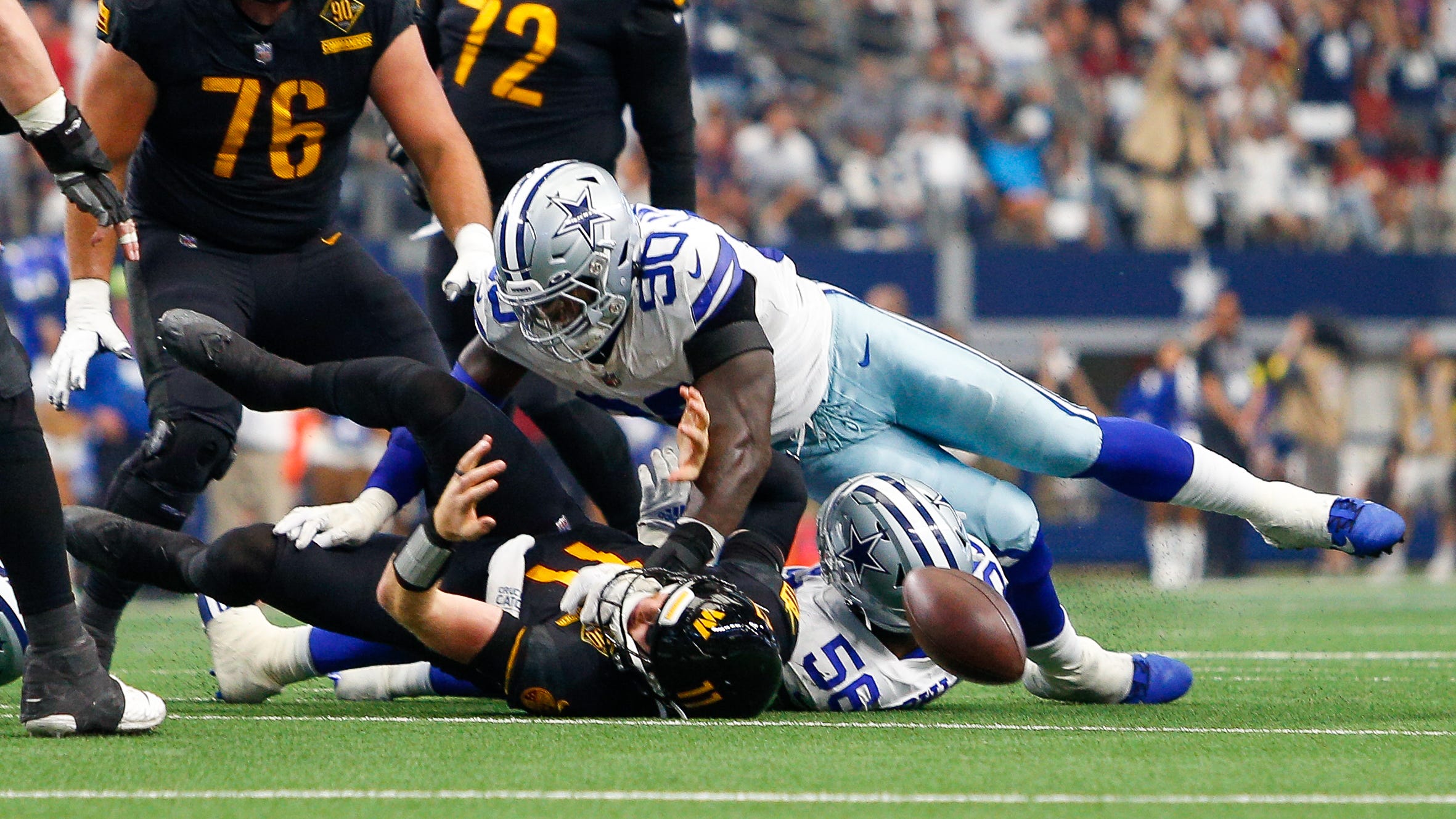