The Washington Commanders have 99 problems to solve over the offseason, but quarterback isn't one unless they overthink it.

Sam Howell should start next fall. Say goodbye to Carson Wentz and spend his $26 million along the lines. Begrudgingly, say goodbye to Taylor Heinicke. Fans will clamor for him the first time Howell falters and the Commanders don't need another civil war in the stands that spills onto the field. And, find a new offensive coordinator that blends what Howell does best with a solid receiver corps.

It's a gamble choosing Howell off one start, but so is signing a veteran free agent that has blown up repeatedly in recent years. Wentz was a bust. So was predecessor Ryan Fitzpatrick. Alex Smith got hurt. It's a long, costly list of ugh.

Spending a first-rounder on a passer, especially with a mid-first, is also risky. Washington hasn't truly clicked on a first-round quarterback since Sammy Baugh . . . in 1937. Its post-Super Bowl era first-round passers were Heath Shuler, Patrick Ramsey, Jason Campbell, Robert Griffin III and Dwayne Haskins. Campbell was fair while Griffin could have been great if not for injuries. Really, it's 50/50 at best that a first-rounder clicks.

Howell was once considered a first-rounder until the 2022 Great QB Collapse. Pittsburgh's Kenny Pickett was a surprise first-rounder who validated the pick. Otherwise, no other passer was taken until the third round as the NFL shared a group think on the position. That Howell fell to the fifth after a solid career at North Carolina was a steal.

So don't overthink it. Spend the first rounder on the many needs, including cornerback or inside linebacker. Two guards and a center are possible second- and third-round picks.

Teams thrive when getting a good young quarterback. Seattle built a defense around Russell Wilson, then let him go last season when requiring big money. That decision proved overwhelmingly right. Cincinnati has Joe Burrow on a cheap deal. Meanwhile, Howell costs $960,000 against the cap next season. Washington can use those savings to maybe re-sign defensive tackle Daron Payne or ink a quality offensive lineman or corner.

Granted, investing in Howell is risky. Dallas had no NFL game film for preparation. Teams will watch Sunday's win over the offseason and figure how to clog the middle passing lane more often. Then again, Howell played with reserve running backs and linemen, so it's not like he was surrounded with a team too good to fail.

This is deep-breath time for Washington's decision makers. They can't overthink it and want a proven veteran because they rarely exist on the open market. They can't be mesmerized by a first-round prospect or willing to spend heavily to obtain Chicago's No. 1 overall pick to grab Alabama quarterback Bryce Young.

Yet, there's also a prospective new owner to factor in and maybe an incoming front office that doesn't know Howell's potential or wants someone new and shiny to market. Listen, Howell is very marketable. Washington fans love nothing more than the next young passer. And, they want to howl in the stands after his big plays.

It's time to get off the quarterback treadmill, gamble on a homegrown player and fix other needs. 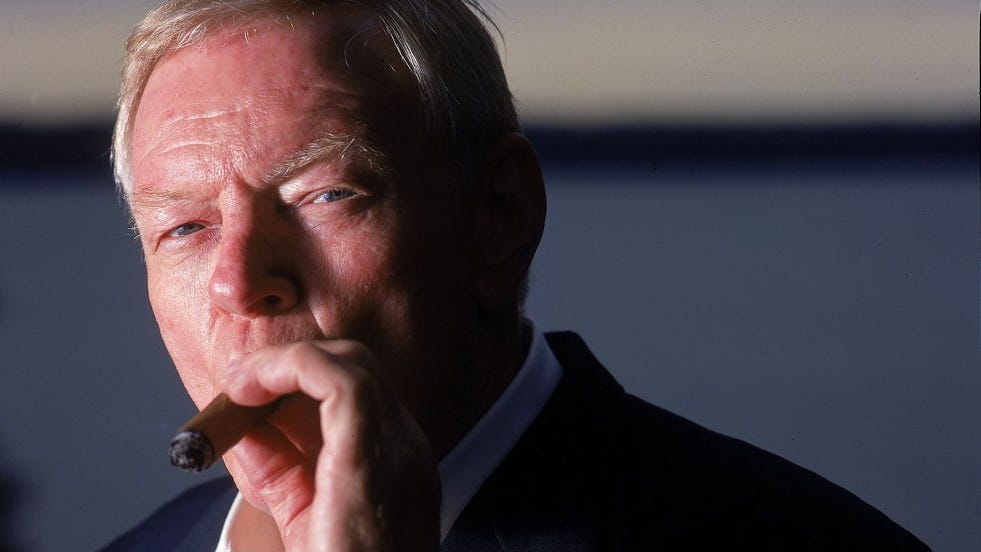 Sundberg: Jersey honoring Sonny Jurgensen came from Commanders equipment room
We strive to be a platform where varying opinions may be voiced and heard. The views, thoughts, and opinions expressed by the author(s) of this article and/or by those providing comments are theirs alone, and do not represent those of Audacy, Inc. We are not responsible for any damages or losses arising from this article and/or any comment(s).
Featured Image Photo Credit: Rob Carr/Getty Images