Now with Carson Wentz reportedly out with a fractured finger, Washington once more turns to a reserve quarterback. And, this time it's a great debate between Taylor Heinicke versus Sam Howell.

At 2-4, Washington should start Heinicke as long as the playoffs are reasonably possible. If the Commanders can beat the mediocre Green Bay Packers on Sunday, Washington has a pulse.

Heinicke's experience gives the Commanders a better short-term chance. Reliever and spot starter are his superpowers. No room is too big for him. Heinicke doesn't have the deep arm of Wentz or Howell, but his mobility gives him a chance to survive behind a battered offensive line.

The key is for offensive coordinator Scott Turner to once more retool the scheme. Heinicke (6-foot-1) isn't a drop-back passer like Wentz because the former is too short to see over the offensive line, so he moves to the side and finds targets. And, under-utilized Terry McLaurin (22 catches) is a favorite target of Heinicke, so maybe the team's best receiver gets more love.

Heinicke's mobility is particularly welcome in the red zone. The man dives for the end zone cone better than anyone.

Once Washington is out of contention, it's worth giving Howell a look. Playing the rookie now would be a waste. This line won't give him enough time and a bad first experience risks ruining a prospect.

Howell looked solid in preseason, albeit against many reserves who are now released. But, he's mobile with a deep arm and also isn't afraid. Washington needs to know if Howell can be a 2023 starter if Wentz isn't retained. Otherwise, the Commanders are back in the quarterback lottery again.

The problem is coaches don't like losing games just to see a future they might not be around to enjoy. Coaches guard their win-loss records at all costs, including the team's long-term needs. So, it won't be easy for coach Ron Rivera to throw a white flag in December to concede a third straight losing season. Not with fans already wanting to move on to the next coach.

The upside is the passers bring new energy, especially Heinicke, who proved himself an adequate backup after a surprising late 2020 arrival. Howell was an overlooked pick. Either gives fans something new to watch versus the draining 2-4 start.

Meanwhile, Wentz's return partly depends on how successors do. If Heinicke or Howell are balling out, then logic dictates keep playing them, especially with no real long-term commitment to Wentz. But, Wentz was on track for a 4,200-yard season with 28 touchdowns before being injured, so he wasn't a bum. It's reasonable for the Commanders to return to him when healthy.

The wheel of destiny once more turns in Washington and where it lands, nobody knows. 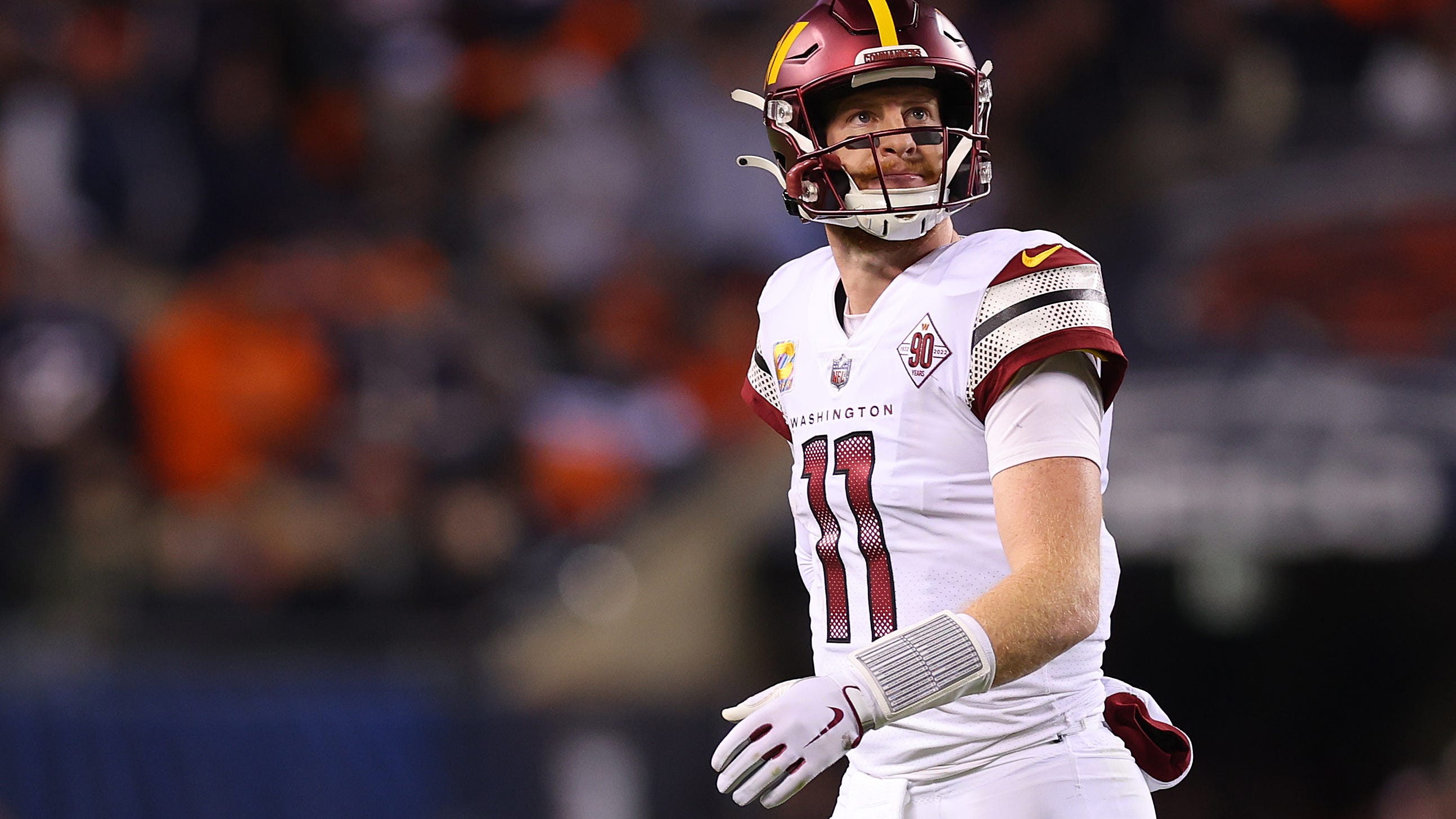 Carson Wentz could be out as much as six weeks with fractured finger
We strive to be a platform where varying opinions may be voiced and heard. The views, thoughts, and opinions expressed by the author(s) of this article and/or by those providing comments are theirs alone, and do not represent those of Audacy, Inc. We are not responsible for any damages or losses arising from this article and/or any comment(s).
Featured Image Photo Credit: Scott Taetsch/Getty Images