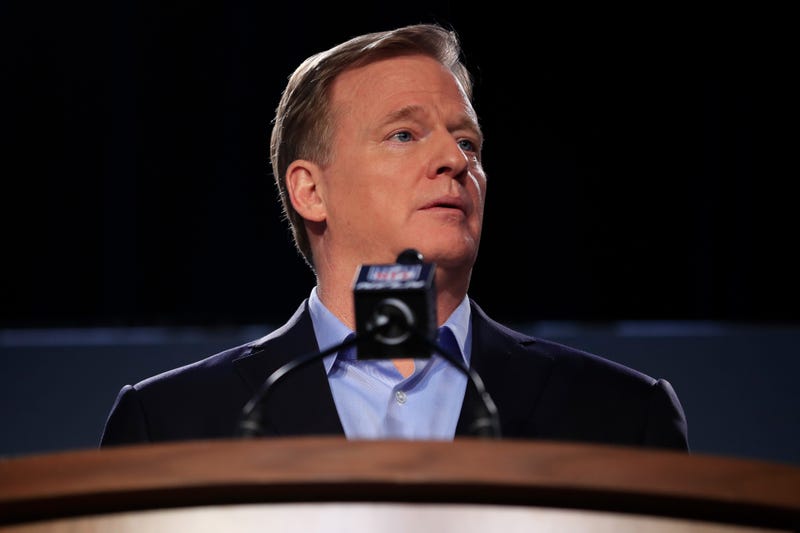 During the NFL's fall meetings on Wednesday in New York, Las Vegas Raiders owner Mark Davis voiced his displeasure with the timing of when he learned about Jon Gruden's racist, homophobic, and misogynistic emails, and said that the league should release a written report on its investigation into workplace misconduct with the Washington Football Team.

Davis' request was denied on Tuesday, as NFL commissioner Roger Goodell said in a press conference that the league won't produce a written report, despite public pressure. On top of this news, the league has reiterated that they won't release the remainder of the 650,000 emails obtained during its investigation, due to confidentiality reasons.

"If you're really honest about causes, about rooting out some of the most disgusting things we see in the NFL, you've got to be honest," JR said during Wednesday's edition of the JR SportBrief show. "You've got to let everybody know there is a problem. You can't run from it. You can't hide from it. The NFL right now, they're a massive business entity. And Roger Goodell, the league, the owners, they're a bunch of billionaires who are nothing but hypocrites.

"I'll say this: put the investigation out there. Everybody's worried about their wallet. People don't want their emails out there. What the hell are you saying in your emails? Are you worried about something getting out? If you do what you say you're supposed to do, you'll be honest with the public. You won't lie... Everything should be out there for the public. Don't just take everyone's money and lie -- actually sit back and tell the truth. I agree with Mark Davis."

In early October, The Wall Street Journal reported that, in a 2011 email, Gruden used a racial trope to criticize NFLPA leader DeMaurice Smith, and according to a recent report from The New York Times, his emails also featured a vulgar criticism of Goodell. Gruden denounced the drafting of a gay player, the hiring of women as on-field officials, and the tolerance of players protesting during the national anthem. Gruden resigned as Raiders head coach on Oct. 11.