Washington head coach Ron Rivera has supported quarterback Dwayne Haskins during his early-season struggles but said there is a point when he would make a change.

When asked after the 34-20 loss to the Browns if he would reach a point during the season if he would consider benching Haskins, Rivera said, "There is a cut-off point for me."

Rivera didn’t elaborate on when that might be or what that point will look like but said the reason for this was many players for Washington played well enough to win on Sunday and "deserve better" than the team's recent run of form. 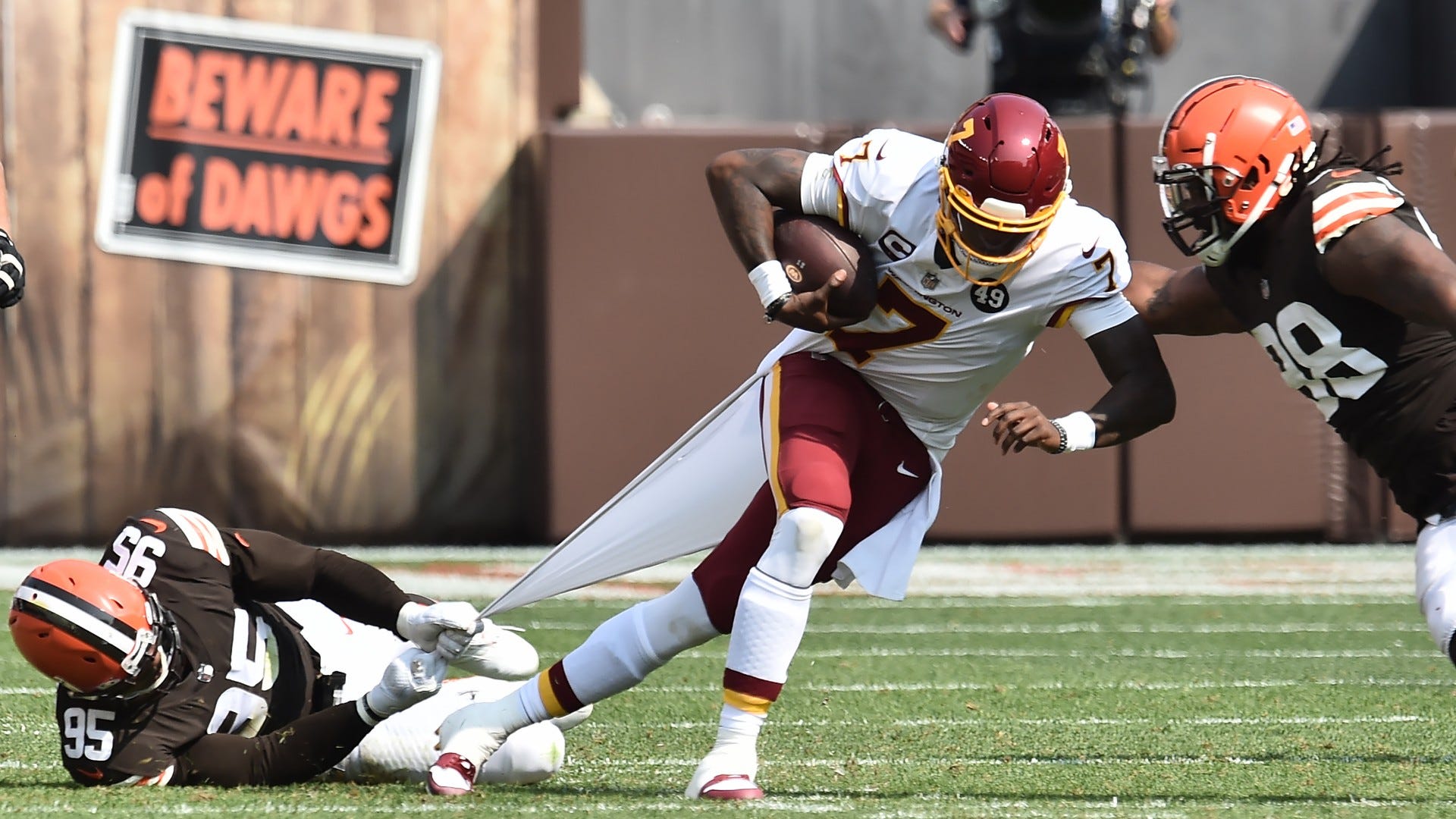 Haskins struggles in loss, but Rivera says no change yet

"There were a lot of guys that put their heart out on the field and, truthfully, they deserve better," Rivera said.

"When you look at the way Daron (Payne) played and Jonathan (Allen) and Montez (Sweat), guys like that are leaving it on the field. Jon Bostic. Guys played hard," Rivera said Monday. "Then you turn around to the offensive side and you look at those guys on the offensive line were battling and fighting too, and the things that the backs and the receivers and the tight ends. I mean, you have to say at some point there is, and I'll cross that bridge when I get there."

After critiquing Dwayne Haskins' play, Ron Rivera said the rest of the players "deserve better" from their QB. He still supports Haskins, and he won't make a switch yet, but he acknowledged the locker room wants to win now.

Re Haskins: "There is a cut-off point for me."

Rivera did say he felt Haskins stared down the target on two picks. When re-watching the plays, can see him looking down the middle 1st. But the issue was getting to the target too fast. Slow it down. That's a correctable issue.

Rivera said after watching the tape Haskins did stare down receivers on a pair of the interceptions he threw in Cleveland.

Ron Rivera says on a couple of Dwayne Haskins INTs the QB stared down his wide receiver. Went to the read too fast

Rivera has now watched the Week 3 tape and reiterates Haskins starred down receivers on some of the picks.

Rivera is asked if yesterday was a regression for Haskins. "At times," but then chose to focus on the touchdown drives, starting faster that Haskins had. If Rivera does criticize Haskins, he'll usually couch it.

Rivera added there were no updates to the injuries sustained by Chase Young and Matt Ioannidis. (Young said on Twitter Sunday night the injury was not serious.) There was good news for WR Dontrell Inman who left the game with an arm injury as x-rays revealed no fracture.

Ron Rivera said he doesn't have updates on Chase Young (groin) or Matt Ioannidis (arm) yet. But he did say they received some good news on Dontrelle Inman, who left in the 4th quarter with a left hand injury. X-rays showed it is not fractured.

The questions and full responses from Ron Rivera when he said other players "deserve better" and that there is "a cut-off point" with Dwayne Haskins: pic.twitter.com/1EnnQlzVhj 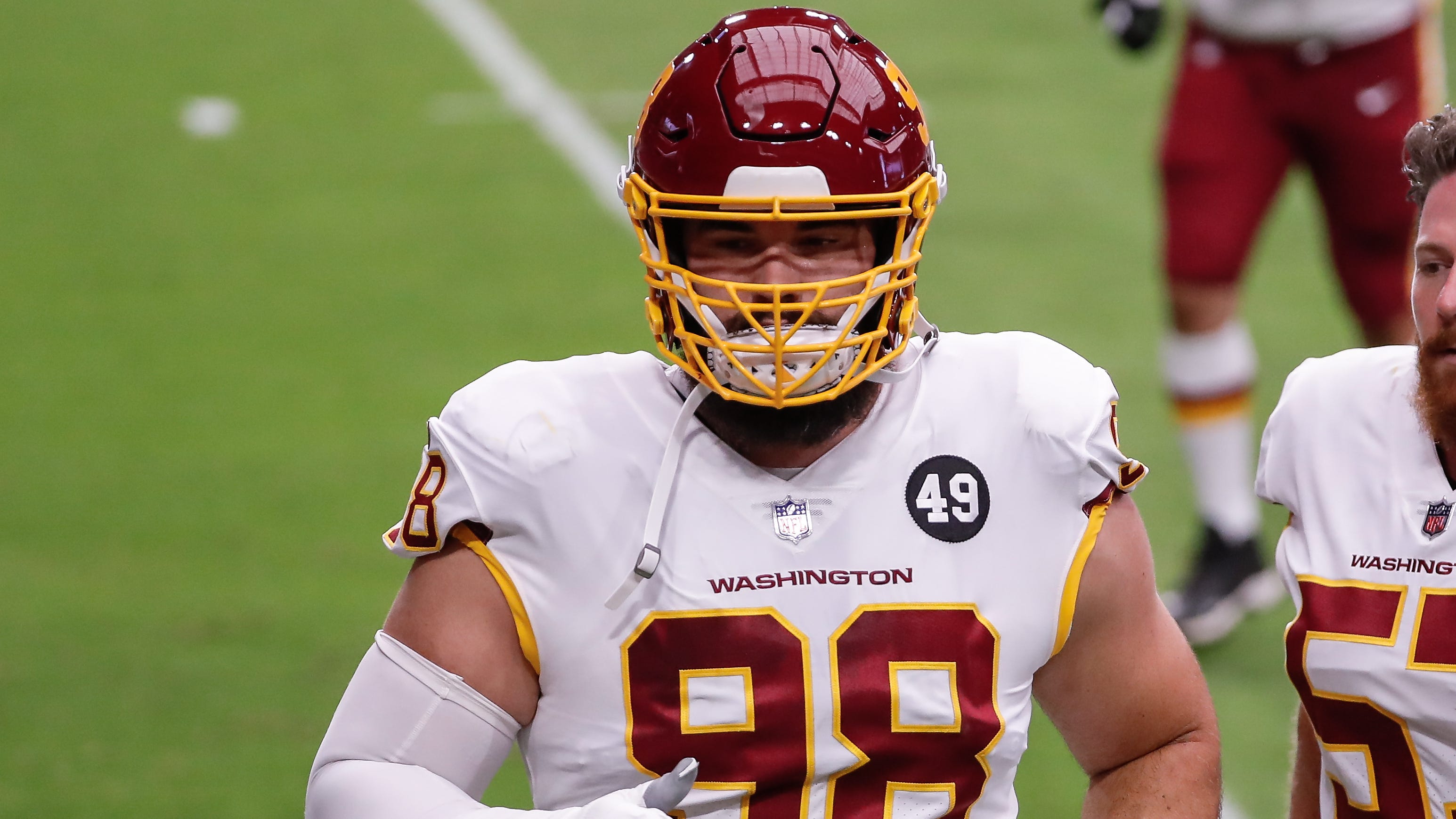 Matt Ioannidis out for season with torn bicep