One thing is certain: The Dallas Cowboys defense is terrible.

The Washington Football Team, which entered Week 7 with one of the worst rushing attacks in the NFL, looked like worldbeaters: rushing for 208 on 39 carries. That's an average of 5.3 for the game after averaging an absurd 6.9 yards per attempt in the first half.

The Washington Football Team, which entered Week 7 with one of the worst passing attacks in the NFL, looked like… well, they didn’t look like themselves: Kyle Allen had a solid 15-for-25 for 194 yards (7.8 yards per attempt).

For the game, Washington finished with 21 first downs and a spectacular 9-for-15 on third down conversions. On 66 total plays, Allen and the offense had 397 yards and dominated the time of possession (36:24).

Think of it this way: Peyton Barber got the start in the backfield and started with 10 yards on back-to-back carries. Barber entered the game averaging 1.47 yards per carry. That's how the game started.

But the first big play of the day on the ground came when offensive coordinator Scott Turner dipped into his bag of tricks with a sweet play for Antonio Gibson to gallop for 40 yards.

Nice design by Scott Turner. Gibson aligned in the slot to the left. Cam Sims motions across the formation to block for Gibson who follows him around. Washington clearly feel they can get to the edge against the Cowboys. pic.twitter.com/AECjIAHiLz

However, Washington was unable to score on the goal-to-go situation, as Kyle Allen was stopped short and lost the ball when Ron Rivera decided to go for it on 4th down from the half-yard line. 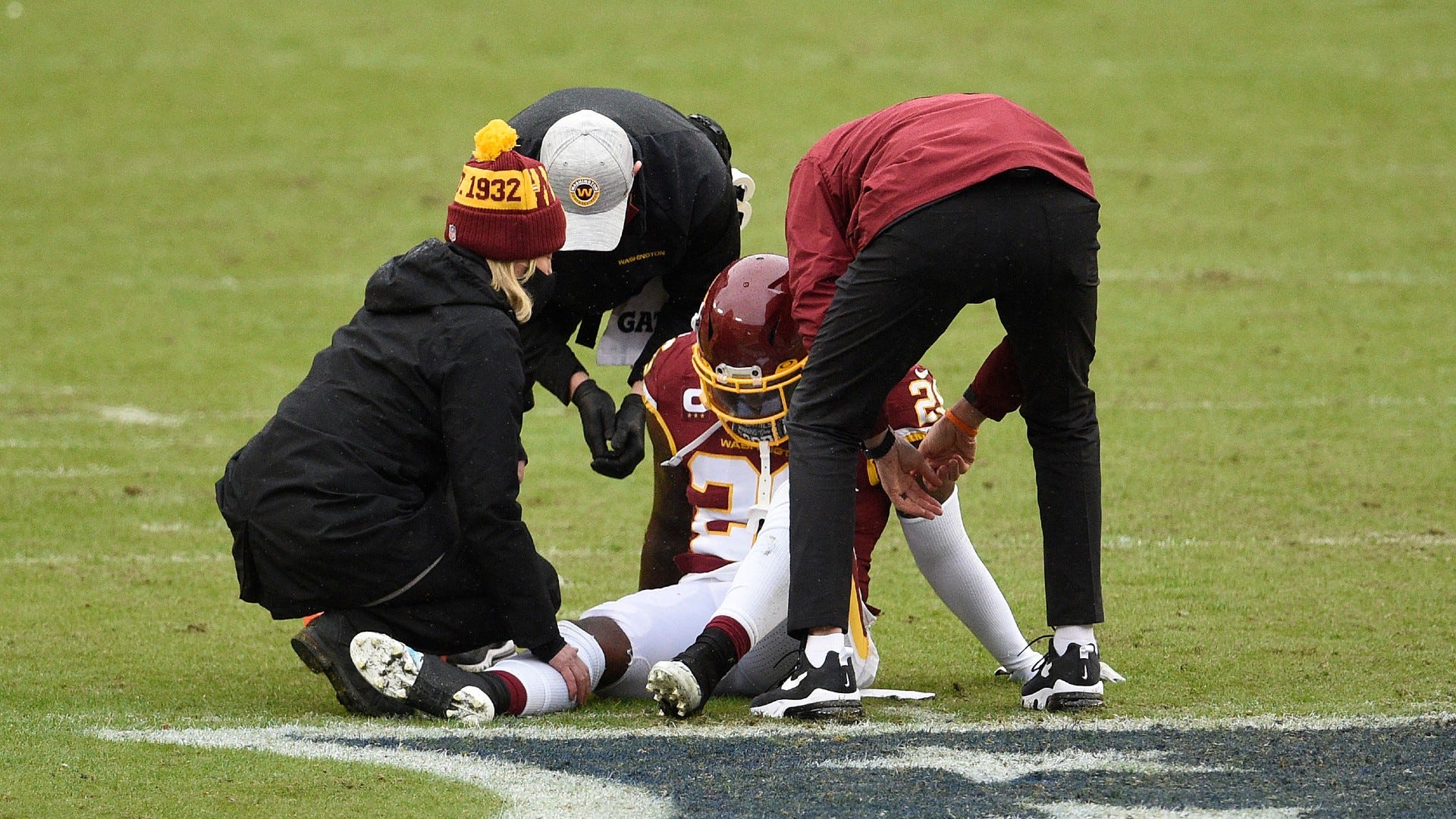 But after Landon Collins forced a safety, Washington was back on offense and the ground game was back at it.

After a 26-yard pass from Allen to Logan Thomas set up the offense in the red zone, JD Mckissic went for seven yards before Gibson took it 12 yards for the score.

The key blocks on the score game from guard Brandon Scherff and Morgan Moses parting the Dallas defense for the score.

Nice job by Brandon Scherff and Morgan Moses opening this lane for Antonio Gibson. Scherff gets a strong punch on the DT to allow Moses to reach and cut off. Scherff then works down the line and washes LVE out of the play. Gibson hits the lane and gets the TD pic.twitter.com/g0S1wMkgoZ

In Washington's first two drives of the game, they carved up the Cowboys for 137 yards on 18 plays and built a 9-0 lead. Gibson finished the half with 94 yards of his 120 for the game, a career high.

And they weren’t done. After Dallas turned it over on downs, Washington went deep to Terry McLaurin and he was wide open for 52-yards and another touchdown.

It wasn’t a particularly special move by McLaurin, Cowboys cornerback Trevon Diggs was just… awful. (An unfortunate play for Diggs, a Gaithersburg native.)

Just before the half, Washington scored their final touchdown of the game as Allen and Thomas combined for another 1st half score to make it a 22-3 game. 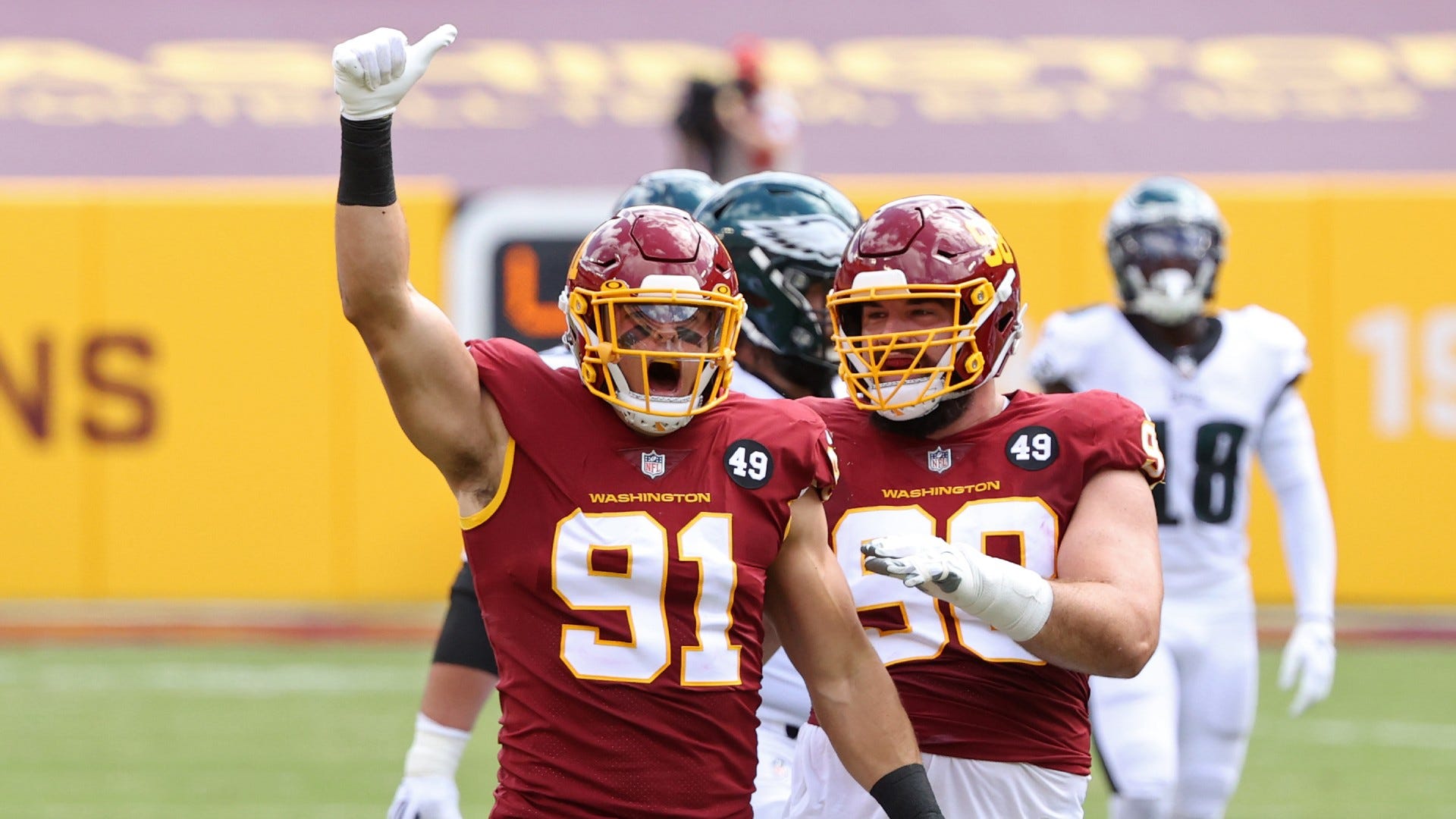 Report: Washington will listen to offers before NFL trade deadline

news
Crocs giving away 50,000 pairs of free shoes to healthcare workers next week
<i