The stadium literally collapsed from the weight of Philadelphia Eagles fans as the FedUp Field experience is once more the worst of times.

Another sad loss, more excuses, scary injury, blown lead, failed comeback – it's all part of the Shakespearean tragedy known as the Washington Football Team. At least, that's their alias for another few weeks until picking something new as part of entering the witness protection program.

Washington is 6-10 before finishing another worthless season at the New York Giants on Sunday. It's a good thing the home season concluded after seeing Eagles fans plummet into a tunnel after a guard rail broke. Amazingly, nobody was seriously injured as Philadelphia quarterback Jalen Hurts was nearly hurt when just a few feet away. He even posed with fans that fell for selfies. Gee, these Eagles fans are even tougher than we thought.

Stadium talks will heat up this summer to replace the old barn that spewed sewage onto fans earlier this season. The upside is no Washington fans were literally crapped on because the region has abandoned the team. A few die-hards remain, but the stands were two-third Eagles green on Sunday after three-fourths blue from Dallas fans earlier. FedEx is simply a transfer station for visiting fans to watch their favorite team leave with a victory.

Winning makes a house a home. RFK was in even worse shape when the team departed in 1997 for Landover. But then, it was 36 years old and built with duct tape and spit much like those great teams were different types of players. The kind where a couple players once served National Guard duty all night during riots and were furloughed three hours to play a game before racing back to their military duties.

Washington has only excuses nowadays. Sure, they are valid excuses for playing poorly like endless injuries and Covid cases, plus one player involved in a fatal car accident and another's brother murdered in the last 10 days.

But, readying for another offseason means quickly translating this season and once again it fell way short.

"Well, I think we have moments. I really do," coach Ron Rivera said. "I think we still have a ways to go though. It's one of those things we will continue to grow, but we showed what we are capable of. We showed some resilience at times, and then sometimes it was overwhelming. I think that's a good word for the last couple of weeks for these guys. It was overwhelming on them. And as I said last week, these are young men that had to deal with an awful lot. I think this is something that we'll grow from, we'll learn from, and hopefully next week we'll come out and we'll play to our abilities."

Abilities are subjective. First-rounder Jamin Davis played 13 snaps on Sunday for a team that desperately needs better linebackers. He gets one more year before being labeled a bust, but it's just buying time until then. Quarterback Taylor Heinicke played his heart out, but is just a middling passer on a good day. The receiving corps struggled after Terry McLaurin. The defensive line way underperformed.

But here's one striking stat: Jim Zorn and Steve Spurrier were considered awful coaches and won 12 games over two years. Rivera has won 13. There's no doubt Rivera is a decent coach, but wins are the bottom line and he should be on the clock in 2022 to improve against an easier schedule. Otherwise, the name won't be the only thing to change. 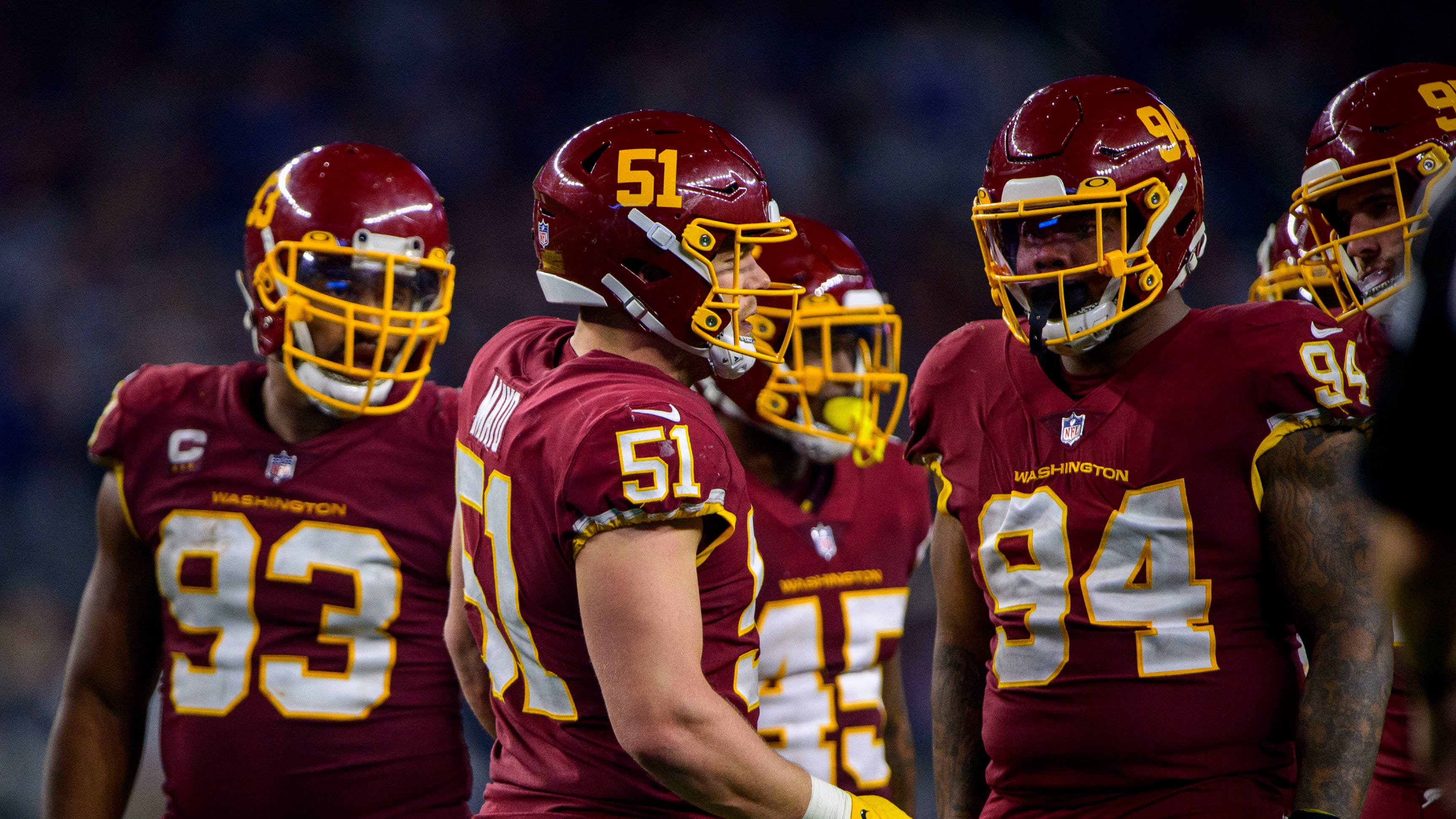 SNIDER: It seems WFT is beyond shame
We strive to be a platform where varying opinions may be voiced and heard. The views, thoughts, and opinions expressed by the author(s) of this article and/or by those providing comments are theirs alone, and do not represent those of Audacy, Inc. We are not responsible for any damages or losses arising from this article and/or any comment(s).