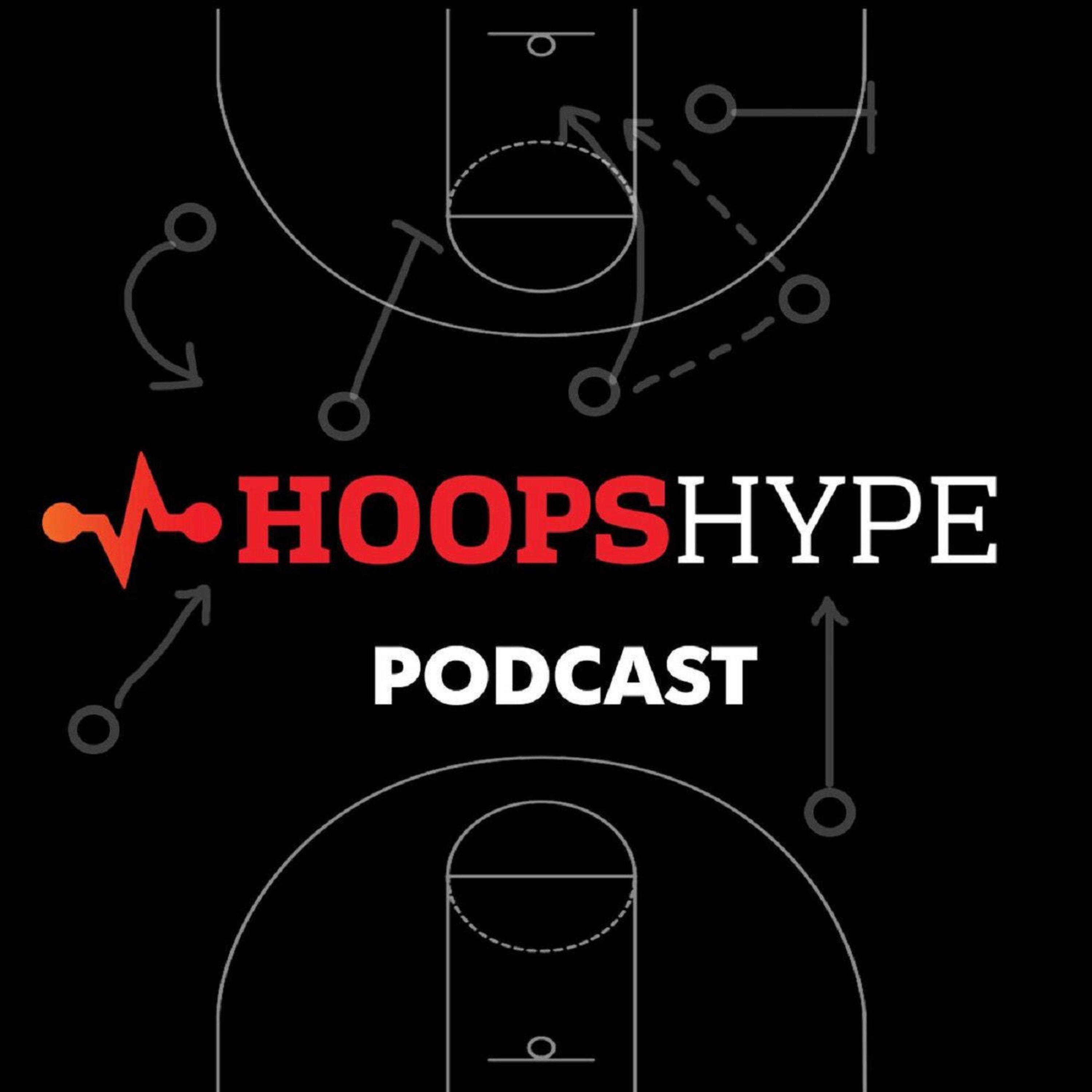 The appeal, then, is obviously there for the versatile big man, who seems to have grown disgruntled with the way things are going in Indiana. In a discussion with NBA writer Jared Weiss, Turner addressed the general feeling that a rebuild could be coming to the Pacers and expressed some frustration regarding his situation with the team.

"It’s clear that I’m not valued as anything more than a glorified role player here, and I want something more, more opportunity," Turner said on Tuesday. "I’m trying really hard to make the role that I’m given here work and find a way to maximize it. I’ve been trying to the past two, three seasons. But it’s clear to me that, just numbers-wise, I’m not valued as more than a rotational role player, and I hold myself in a higher regard than that."

So what teams could offer him "something more" than what the Pacers are currently offering him? Probably a good amount, seeing as a near-seven-foot big man who drills nearly 40 percent of his threes and blocks shots with reckless abandon is a commodity that, well, any team could probably put to use. And it's not as though the Pacers aren't using him, but it just feels like he could be more. He could be a lot more.

It's worth noting that team president Kevin Pritchard and coach Rick Carlisle told Turner, Malcolm Brogdon, Caris LeVert and Domantas Sabonis that they "still believe they can turn the season around" and are not looking to go full rebuild despite the reports. Weiss says that the organization still thinks the Turner-Sabonis front court duo is a pairing that can lead to success. So a trade might not come... but it's not as though all of the chatter and buzz is stemming from nothing.

Below are five realistic landing spots, taking assets and team situations into account, that might be a more ideal scenario for the 25-year-old big man with the real possibility of a trade looming. 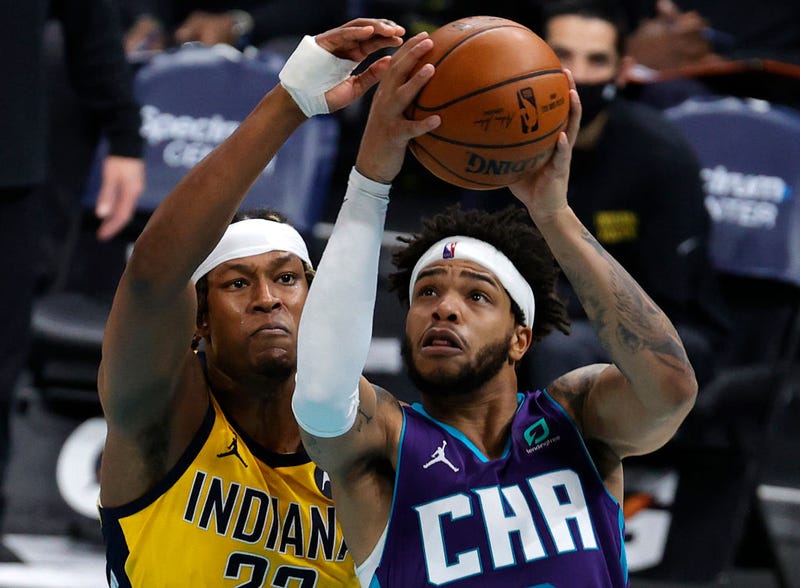 The Hornets feel like they're a team that's on the brink of becoming a legitimate playoff contender, and a dominant big man on either end of the floor would certainly help to strengthen their case. They rank last in the league in defensive rating, allowing opponents to convert their two-point attempts at a 56 percent clip, which is worst in the league. They're in the bottom ten in blocks and in the bottom five in defensive rebound percentage. And starting center Mason Plumlee can't stretch the floor at all, which is exactly what Turner could do. 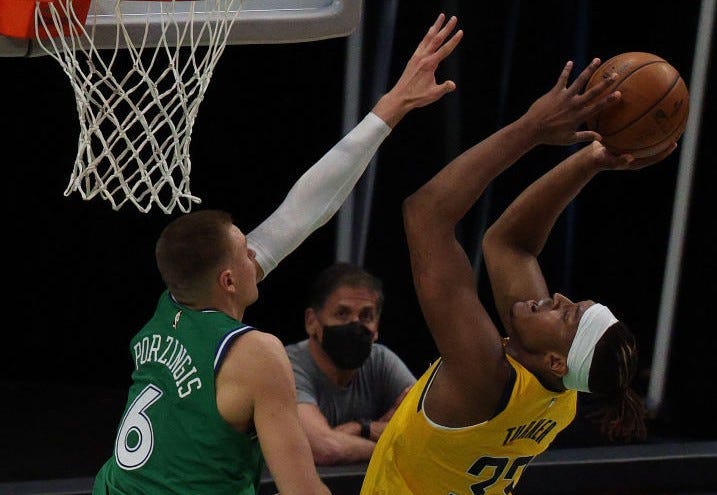 At some point, it feels like the Mavs need to make a move that really thrusts them closer to the top of the Western Conference standings. There's certainly no need to rush anything with Luka Doncic, no. But there's also the sense that this team is only a major piece or two away from really becoming that top-tier contender.

Turner wouldn't be a bad starting point. Neither Dwight Powell nor Willie Cauley-Stein has particularly impressed in either of the past two seasons, and it looks like moving Kristaps Porzingis to the four was a shift that Jason Kidd will stick with going forward. Slotting Turner next to KP instead of Powell would add some much needed front court defense and stretch out the offense even more, giving the Mavericks two oversized three-point threats with Doncic at the helm. 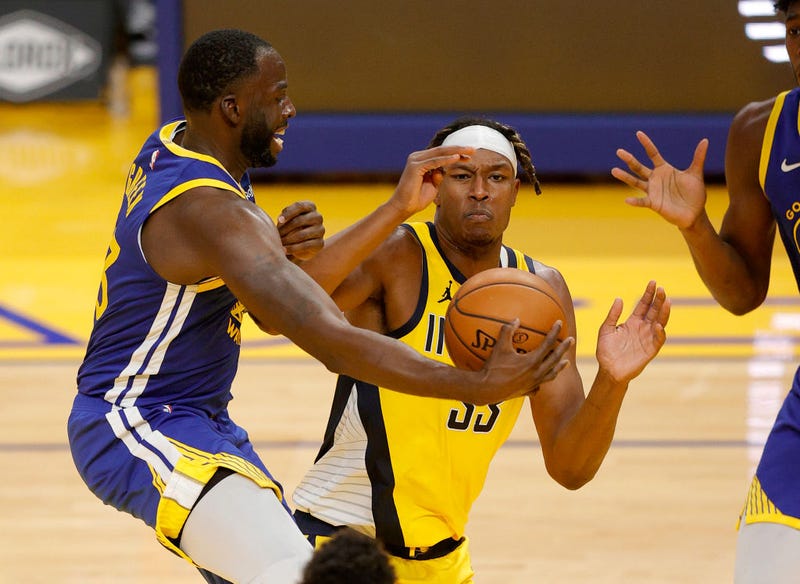 The Athletic's Tim Kawakami just wrote an entire article about why the Warriors will not trade James Wiseman, providing several reasons as to why this is the case. But if this is the Warriors' best chance at a title while their window is still open — and that seems to be the case, seeing as they've dominated without Klay Thompson and are expecting him back at some point — they might as well go all in, right?

Adding yet another shooter to a team that drains threes with the best of them is a scary thought. Adding a proven rim protector and All-Star-caliber big man to the mix, even if it requires sacrificing Wiseman, would make them an even scarier contender. And though Wiseman is younger and he might have more potential than Turner, we should also remember that the Pacers big is just 25 years old and may not have broken out in Indy as much as he might in another system. 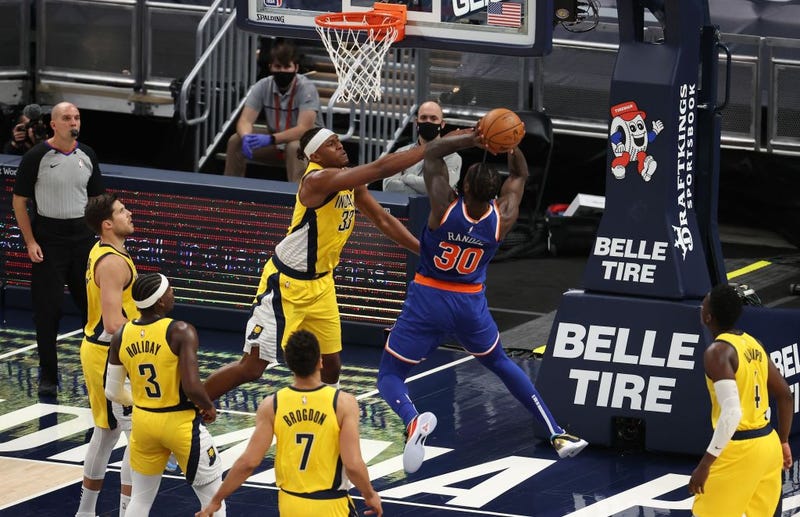 As SNY's Ian Begley reports, the Knicks and Pacers checked in on a potential deal and brought up Turner's name in the conversation, and that's just about all the fuel we need to get a little fire going with this potential landing spot. And it makes sense, too, seeing as neither Mitchell Robinson nor Nerlens Noel are capable long-range shooters, which is a role that Turner could certainly fill. Begley then added that there is current interest in Turner within the Knicks organization.

On @GEICO SportsNite, @IanBegley joins @emacSNY to discuss tonight's Knicks loss to the Pacers, including how surprising the Knicks' performance was as well as what a speculative trade package for Damian Lillard could look like pic.twitter.com/ia61zUeWSu

When a guy goes for 22 points on 8-13 shooting and has a +26 plus/minus against you, like Turner did against the Knicks on Wednesday, I guess that sparks even more interest. 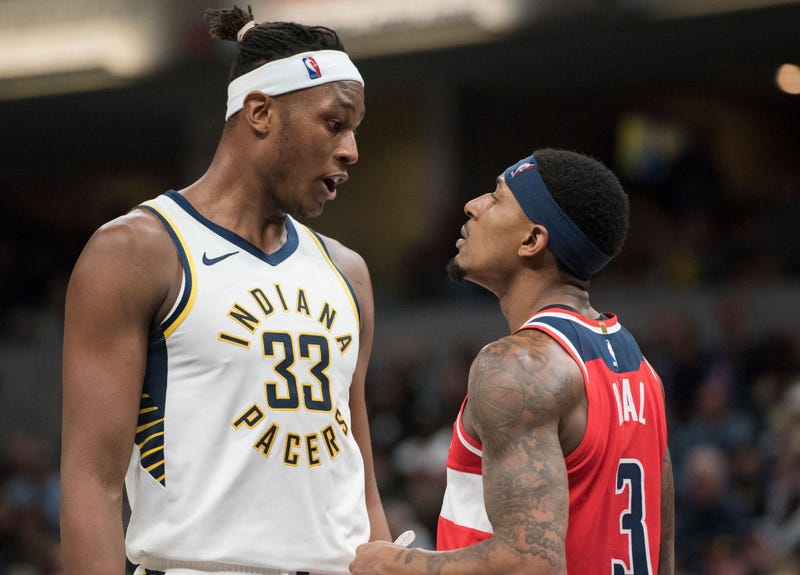 I'm still not sold on the Wizards as a bona fide contender this season, as they've been on a little bit of a skid and never really seemed to have the firepower on their roster to support their 10-3 start in the first place. Maybe that's just me, but I'll need to see more success out of them to really believe.

Adding someone like Myles Turner would also make me believe in their cause a little bit more. Thomas Bryant is set to come back soon-ish from his ACL recovery, which will give the Wizards a much-needed boost in the front court, but he won't add all that much to the team's three-point shooting needs. Washington currently ranks last in the NBA in three-pointers made on the fourth-lowest three-point percentage (32.7), and Turner would add to that at a position that won't always contribute in that sense.

One source had previously mentioned the Wizards expressing interest in Myles Turner. This was before Daniel Gafford, though. https://t.co/gykT6SIles