The Washington Wizards again enter into familiarly unfamiliar territory with the hiring of Wes Unseld Jr. as head coach.

Unseld Jr. replaces Scott Brooks, with whom the Wizards parted in June after their third straight losing season. Despite a losing overall record of 183-207 (.469), Brooks led the Wizards to the playoffs in three of his five seasons in Washington.

And now they enter the familiar void, unsure of their future riding the coattails of an unproven head coach, as Unseld Jr., getting his first head coaching opportunity in the NBA, looks to buck a long history of coaches face-planting in Washington. With the added pressure of following in the footsteps of a Hall of Famer.

Reacting to the hire on Monday, The Sports Junkies were unsure how to feel about the organization's latest directional shift.

"How can you know? He's got no head coaching experience," Eric Bickel said. "He's been a longtime assistant. Obviously he's got the family history, and Wes, his father, was a huge part of this organization. They say good things about him. Obviously [Wizards GM] Tommy Sheppard went through a very deliberate process, but I think at the end of the day, he selected a guy who many thought a month and a half ago was gonna be the guy all along."

"Well the question is, is he just gonna be a 'yes man' to the superstars on the team, or is he gonna have his own ideas and have some say on personnel, and who he wants to mix with other players," Jason Bishop wondered. "You know, what additions and subtractions do you make? And what decisions are you gonna make on Westbrook and Beal? Because, we've already gone through it; I mean, their player option numbers in two years are a combined $84 million."

Junkies host John-Paul Flaim chose to focus on what they do know about Unseld Jr., that, as an assistant coach, he helped transform the Denver Nuggets from one of the worst defensive teams in the league to one of the best, which Flaim thinks bodes well for the Wizards, who could use a similar transformation.

"Look, all the pieces are in place," Bickel said. "It's just... this has been a graveyard for head coaches. I'm sorry, I can't get away from the obvious."

Bickel raises a fair point, however bleakly pessimist it may be. 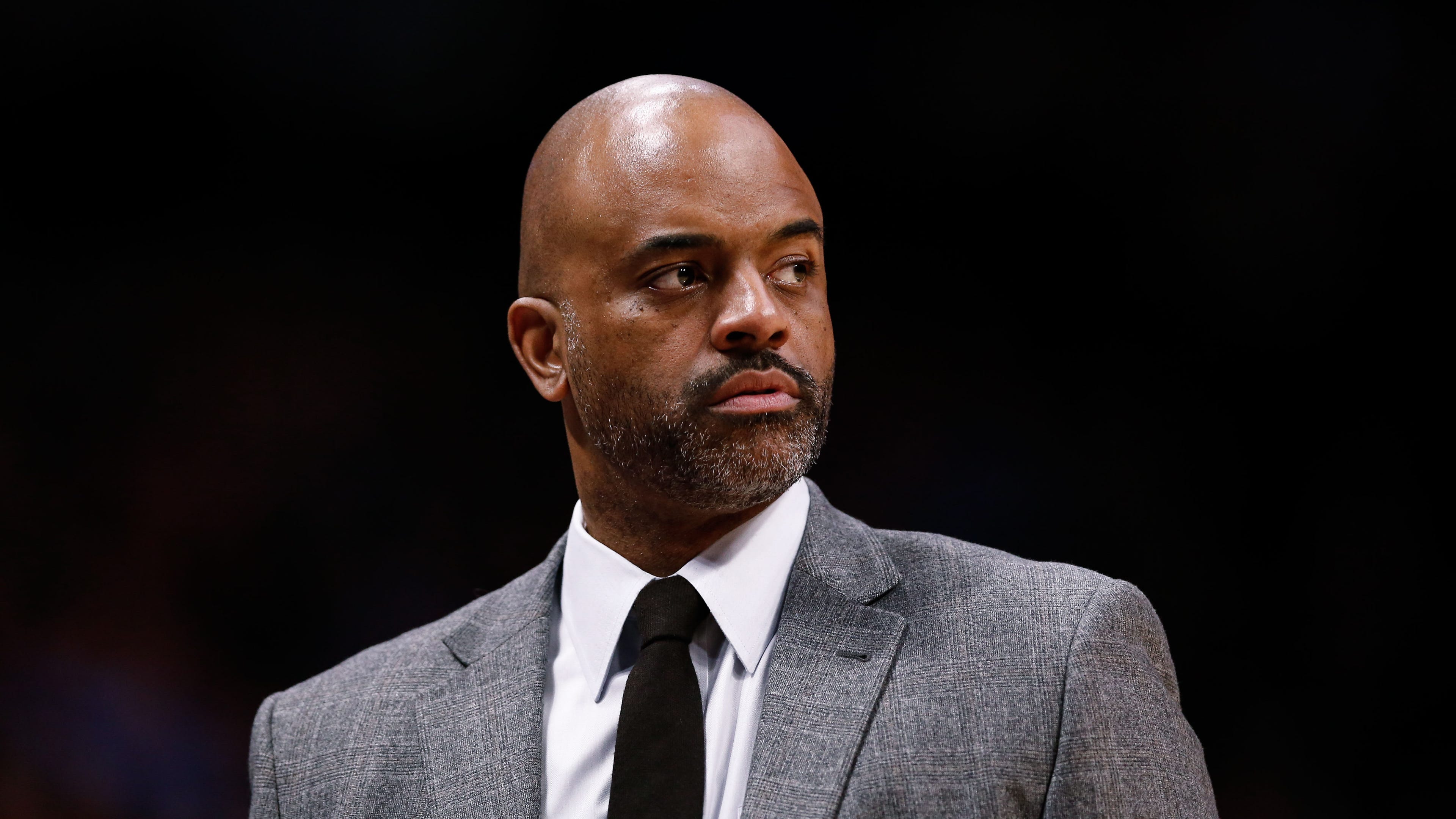 Not since Bernie Bickerstaff, who took over midway through the Bullets' swan song 1996-97 season, has a Washington head coach finished with a winning record. Bickerstaff concluded his two-plus seasons 77-72, good for a middling .517 winning percentage (1997-99).

Those are spans of 22 and 41 years, respectively, between Bickerstaff and Motta until now.

"You think he's Wiki'd the list of Wizards/Bullets coaches, and their track record over the last 40 years, since they won a championship," Bickel said of Unseld Jr.

"Who do you think knows more about the Bullets/Wizards than Wes Unseld Jr," John 'Cakes' Auville retorted.

"The problem is, Cakes, it's just kind of jarring," Bickel said. "It's hard to fathom, that when you count interim coaches, they've had one out of like 17 with a winning record."

"It's the biggest challenge of his lifetime," Bickel said.

"Yeah, but he's a head coach now," Bishop added. "He was always an assistant. He had to take it."

"Not many of the guys that have been head coaches here go on and be head coaches again," Bickel said, gravely. "It's a graveyard."

"I'm rooting for him, but my expectations are very, very muted," admitted Bickel. "I just don't know why it would be any different than any of the other coaches that have been here the last 40 years."

"They're just in a pickle because of where they stand with their contracts with their superstars," Bishop said. "Bradley Beal's not gonna opt into his final year and a player option for $37 million. That ain't happening. He wants a huge five-year deal, whether it's here or somewhere else. And he's gonna get it. So, are you willing to do that again and give him a huge deal, for five years, for $250 million, or whatever it is? Or are you gonna trade him? Because that's what they have to do."

Junkies producer Matt Valdez injected some optimism into the conversation, saying, "It seems like an amazing hire on paper. Because you have someone who has ties to the team, right?"

"I know you don't need it, but it's an extra. It's nice to have that," Valdez replied. "You have someone who improved a team that was awful on defense — the Nuggets were historically bad on defense — and did a great job with developing players. You have two superstars, you need to develop the talent around them. You need to develop the Rui [Hachimura]s out there. It's a great hire on paper. It checks every box that the Wizards need."

"The problem is, when you walk into that building as the coach, you're cursed," said Bishop. "You're cursed."

"That's kinda what I'm getting at," Bickel agreed. "Look at the bodies. It's a lot of bodies."

"But they've got major decisions to make with personnel. Major," Bishop added. "Because of where those guys are in their contracts."