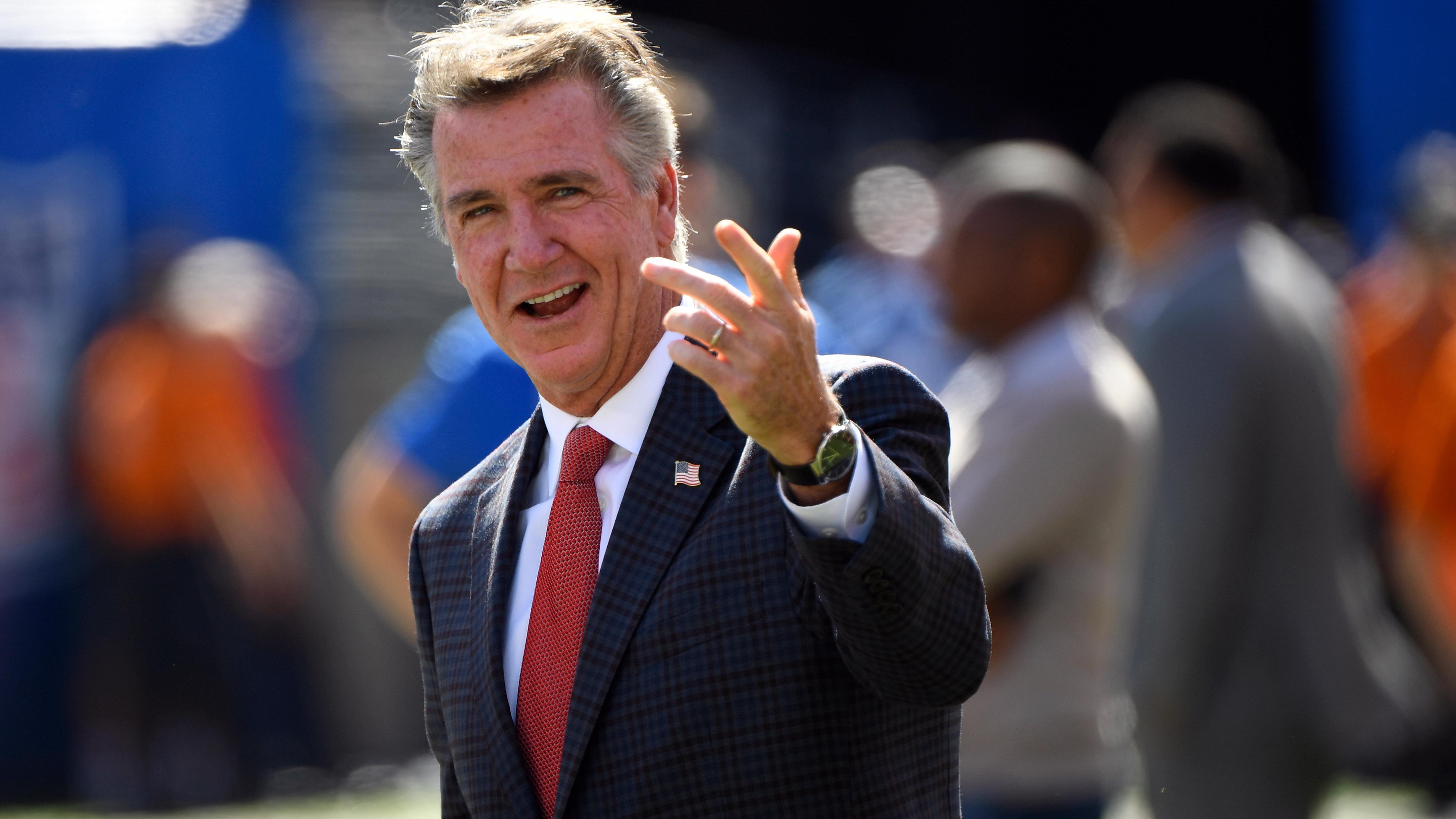 There have been magical moments, magical draft picks, magical wins, and some magical quotes from the 10-year tenure of Bruce Allen.

And to ring in the 'Tin Anniversary' of the team president of the Washington Redskins here is the Top 10 Best Bruce Allen Quotes:
10. "I know what Trent told me so I know what the truth is. I'll leave my conversation with Trent between the two of us."
During the start of Trent Williams Saga in June 2019, Allen was bullish about the left tackle returning and continued that into training camp when he said: "Well, I think Trent's gonna play football," Allen told NBC 4 Washington about Trent Williams. And when asked if he meant for the Redskins or another team, "No, it will be with us." Of course, the truth from Allen has yet to come out, but Williams has said plenty.
9. "The status quo is not acceptable. I felt it was necessary to not waste a moment of time to begin building this team into a winner."

8. "Hello, Grant and Dave, how are you on free agency day?"
In an appearance with 106.7 The Fan's Grant & Danny on March 10, 2015, Allen was just a bit off on the name of Danny Rouhier. During that interview, Allen denied reports that owner Daniel Snyder and Allen get too involved in free agency over GM Scot McCloughan, “Well, I haven’t seen those reports; Dan doesn’t get involved, I know that.”
7. “The blame part, you can blame me. I’m responsible for what happens with this organization. It’s my job, no matter who you are with the Washington Redskins to make sure we have the right people in their roles."

The Dec. 2014 press conference was packed with memorable quotes. In response to the organization of the personnel department following a 4-12 season, Allen said he was to blame. For all of it.

6. "Well, we were 7-9. It wasn't the players 7-9; it wasn't the coaches 7-9; it was everybody was 7-9. Doug and his staff, we have to find some better players. We have to find some healthy better players to come in and the coaches have to put them in the right position to win." And "We're in the middle of the pack. And we've been in the middle of the pack the last three seasons. It means you're close. It means you're close to being better. And we have to find the right ingredients and the right chemistry to do that."
Allen broke his media silence in dramatic fashion at the Senior Bowl in Jan. 2019 and had some memorable, memorable lines about the Redskins second-straight 7-9 season.
5. "And don't forget, the secret ingredient maybe for Patrick Mahomes was Alex Smith. So we're pleased to have Alex and this group to help mentor a quarterback."
Appearing on ESPN's "First Take" in April 2019 after drafting Dwayne Haskins with the No. 15 overall pick, Allen said what might be the most outrageous thing in the history of sports.
4. "You know, the technology today, if you’re in Hawaii, you can watch the game tape as quickly as I can watch it here at Redskin Park. And, because we have telephones in Hawaii, we can have a conversation immediately after the game."

When asked at the 2014 season-end press conference if the team would benefit from having executive  A.J. Smith at Redskins Park, the president talked about phones in Hawaii.

3. "Our goal was to sign Kurt to a long-term contract with the final objective of having him finish his career with the Redskins."
The question has to be asked: Does he not actually know the quarterback's name or did he do this intentionally? He called Kirk Cousins "Kurt" on five occasions on July 17, 2017, to announce the team was unable to reach a deal on a long-term extension with the Redskins.
2. "We're winning off the field, but we got to start winning on the field."

1. "You know the culture is actually damn good. These people care."
At the press conference after Washington fired head coach Jay Gruden shortly after a 5 a.m. meeting, the president gave a ferocious defense to the culture at Redskins Park on Oct. 7, 2019.
Follow @BenKrimmel and @1067theFan on Twitter.