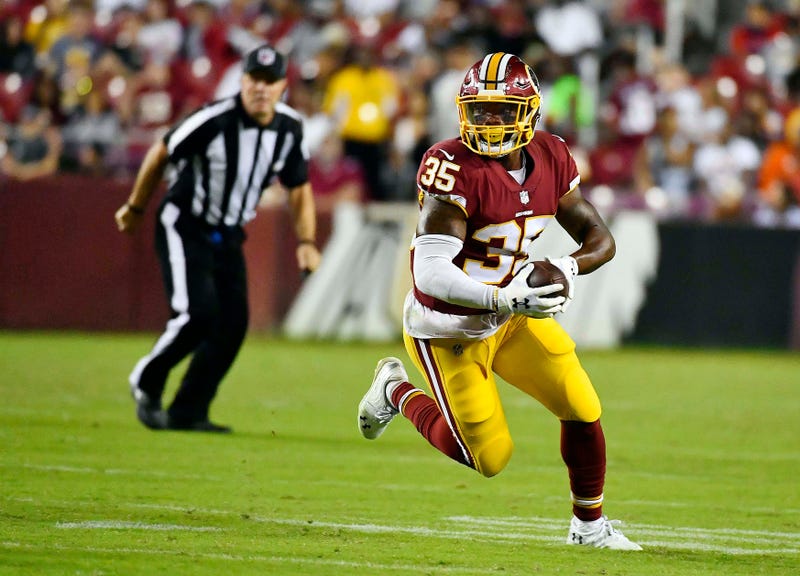 The Redskins made some roster moves on Saturday ahead of Sunday's Week 3 matchup with the Green Bay Packers, releasing wide receiver Breshad Perriman and signing running back Kapri Bibbs from the practice squad.

Washington releases WR Breshad Perriman per source. The team indicated it could bring him back in the future.

Happy for Kapri. If wouldn’t stun me if he is up Sunday because of his special teams abilities https://t.co/psHRJG9mWr

Washington signed Perriman, a former first-round pick of the Ravens, on Monday along with Michael Floyd. But with seven wide receivers on the 53-man roster, someone was always going to be the odd man out, and Perriman got the short end of the stick.

And here's the corresponding move. As everyone mentioned during week, #Redskins had too many WR's and needed to look out for special teams. https://t.co/3mKmT9IMko

Bibbs joined the practice squad after Washington released him on cutdown day, and now has a shot to make the active roster for the Green Bay game. Given his special teams abilities and the injuries to Trey Quinn, Cam Sims and Troy Apke, it wouldn't be a surprise to see him on the field Sunday.

I do like Kapri Bibbs in every way. Was good as a runner, receiving back, pass pro and special teams in preseason and last few games last year. Trust him a lot more than Perine & more versatile. #Redskins