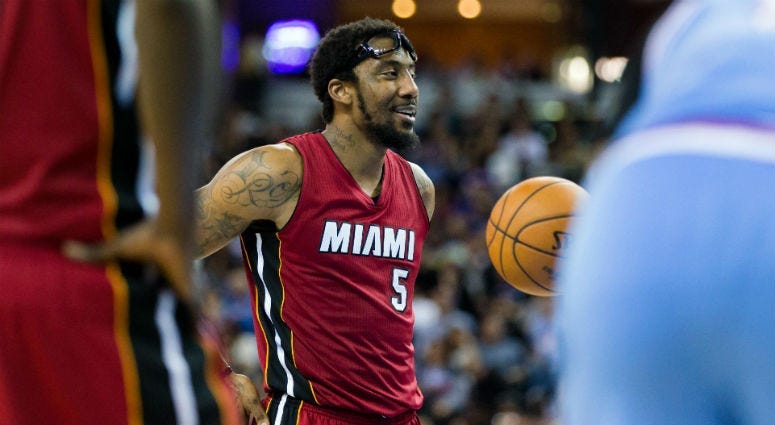 This time of year, most NBA scouts are in Las Vegas to watch Summer League play and evaluate young, inexperienced players.

However, on Monday night a number of teams sent representatives to watch a pair of NBA veterans, Amar'e Stoudemire and Monta Ellis, try and prove they still have something left in the tank.

14 NBA teams, including the Washington Wizards, attended the Vegas workout featuring Stoudemire and Ellis, who have both been out of the league the last few seasons.

Stoudemire, 36, is a five-time All-NBA big man who last played in the NBA in 2016 with the Miami Heat. The best stretch of Stoudemire's career came in 2004-2011 as a member of the Suns and Knicks when he made the All-Star team six out of those seven seasons.

The Wizards do have some depth issues at power forward, but it's hard to imagine them signing Stoudemire given his age and lack of a three-point shot (Stoudemire is a career 23.6 percent shooter from beyond the arc). Plus, Washington would probably rather see what rookie Rui Hachimura and the recently acquired Moritz Wagner can do at the 4.
Ellis, on the other hand, seems like a more viable option for the Wizards as a bench scorer and playmaker who can spell Bradley Beal. Washington took a similar flyer on Isaiah Thomas at point guard while John Wall continues his rehab from a ruptured Achilles.

That said, both Stoudemire and Ellis are probably looking to join a title contender, something the Wizards almost certainly won't be this season. Indeed, the Lakers, Clippers, Bucks, Trail Blazers, and Nuggets also had representatives at the workout Monday night.

Washington can offer veterans minutes, but unfortunately not a chance to chase a championship ring.