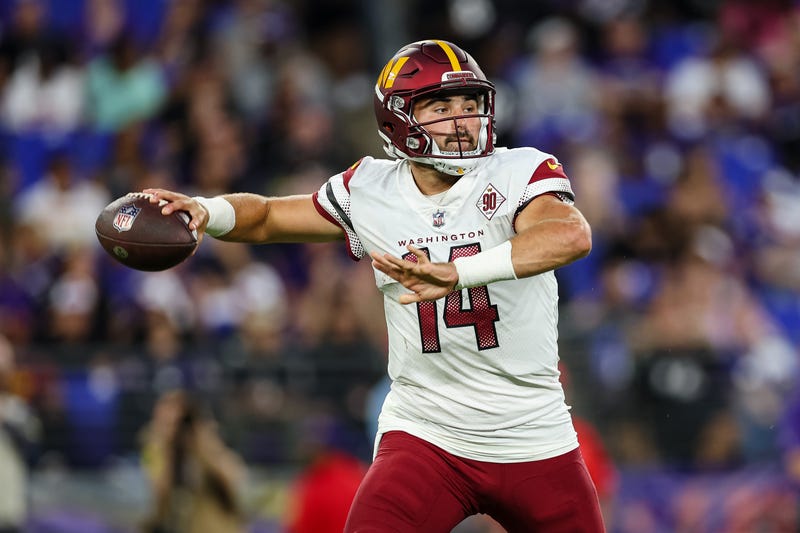 In the wake of Washington Commanders head coach Ron Rivera announcing that rookie quarterback Sam Howell would get the starting nod in the team's Week 18 matchup with the Dallas Cowboys, plenty of reaction -- both in agreement with and in criticism of -- followed.

The 22-year-old was a a fifth-round pick in the 2022 NFL draft, and many wonder about the decision -- Adam Epstein broke down his thoughts on Thursday (Jan. 5) while also discussing former Washington tight end Logan Paulsen's take.

While on The Team 980, Paulsen talked about his opinion to not start Howell this Sunday, saying that from what he'd heard so far the rookie wasn't ready.

"From what I've seen in my career, when people aren't ready, it's not even fun to watch them play," Paulsen said. "Guys just get straight dogged.

"Don't put him in unless you feel confident he can do something."

AWadd reacted with his own take.

"I don't believe Ron Rivera is a good talent evaluator," Epstein said. "So if Ron Rivera tells me Sam Howell isn't ready, that means nothing to me. I want to see him with my eyes.

"I want to see an NFL coach take a look at him," he added. "That's not Ron Rivera, who's a defensive-minded guy who had three chances to bring a quarterback here to Washington, and he went with [Ryan] Fitzpatrick, Kyle Allen and Carson Wentz. That guy should not be evaluating quarterbacks, in my opinion."

Whatever the case, 4:25pm Sunday marks the final game for the Commanders in the 2022-23 season after seeming poised to make a run at the playoffs just several weeks ago.