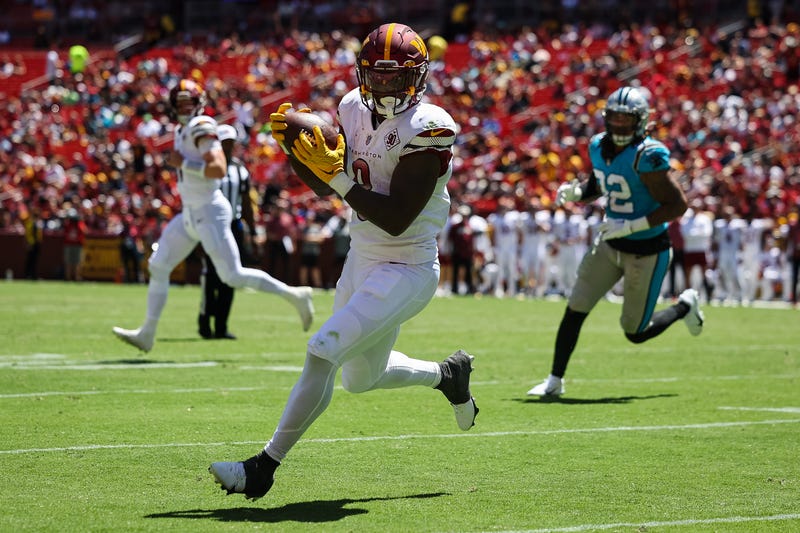 There might be a competition for the starting running back slot on the Washington Commanders' roster.

During the team's first preseason game of the year, against the Carolina Panthers, third-round draft pick Brian Robinson Jr. made headlines by scoring the first touchdown for the team and standing out amongst fellow rushers J.D. McKissic and Antonio Gibson.

After that performance, Adam Epstein had some thoughts on Robinson and his confidence in the newcomer after being less than impressed with Gibson's performance.

Adam Epstein: "[...] You have Brian Robinson Jr., who looks like he's ready to run through a Mack truck every time you give him the ball. Why shouldn't he be the starting running back?"

He then took a look at potential in-game setups with the depth chart.

"Brian Robinson Jr. comes back in [on] first down, he runs for six or seven yards, then, hey, let's do our change of pace back with Antonio Gibson, and we'll do a pitch and go out to the outside, right? After the defense knows we've gone up the middle, up the middle, up the middle, then you mix it up. It actually could be better for this offense to have Antonio Gibson be the change of pace guy. It would make more sense. You let Brian Robinson go in there and pound the rock and your D-lineman are tired, right? He's been running them up the field, and then you get to the 30, the 40, maybe the red zone and give Antonio Gibson a shot to break one free for 20 or 30 yards because the defense is a little more tired. Whereas if you started with Gibson and the defense gets tired, and you put in a slower, north-and-south guy, it wouldn't make sense."

Listen to the full segment in the audio player above.