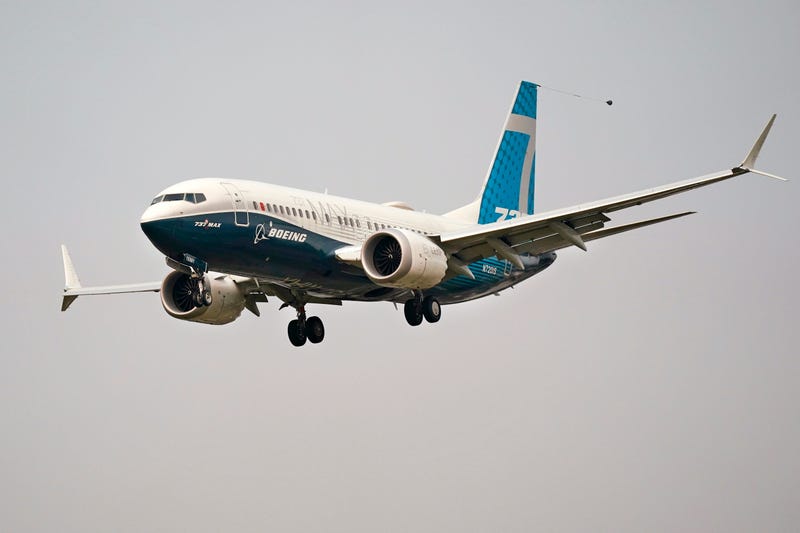 Photo credit FILE - In this Wednesday, Sept. 30, 2020, file photo, a Boeing 737 Max jet, piloted by Federal Aviation Administration Chief Steve Dickson, prepares to land at Boeing Field following a test flight in Seattle. The FAA is poised to clear the Boeing 737 Max to fly again after grounding the jets for nearly two years due to a pair of disastrous crashes that killed 346 people. (AP Photo/Elaine Thompson, File)
By The Associated Press

After nearly two years and a pair of deadly crashes, the U.S. Federal Aviation Administration has cleared Boeing’s 737 Max for flight.

The nation’s air safety agency announced the move early Wednesday, saying it was done after a “comprehensive and methodical” 20-month review process.

Regulators around the world grounded the Max in March 2019, after the crash of an Ethiopian Airlines jet. That happened less than five months after another Max flown by Indonesia’s Lion Air plunged into the Java Sea. A total of 346 passengers and crew members on both planes were killed.

Federal Aviation Administration chief Stephen Dickson signed an order Wednesday rescinding the grounding. U.S. airlines will be able to fly the Max once Boeing updates critical software and computers on each plane and pilots receive training in flight simulators.

The FAA says the order was made in cooperation with air safety regulators worldwide.

The move follows exhaustive congressional hearings on the crashes that led to criticism of the FAA for lax oversight and Boeing for rushing to implement a new software system that put profits over safety and ultimately led to the firing of its CEO.

Investigators focused on anti-stall software that Boeing had devised to counter the plane’s tendency to tilt nose-up because of the size and placement of the engines. That software pushed the nose down repeatedly on both planes that crashed, overcoming the pilots’ struggles to regain control. In each case, a single faulty sensor triggered the nose-down pitch.

The new software now requires inputs from two sensors in order to activate the software. Boeing says the software also does not override pilot controls like it did in the past.

The company changed the software so it doesn’t repeatedly point the nose of the plane down to counteract possible aerodynamic stalling. Boeing also must change the way wires are routed to a tail stabilizer bar.