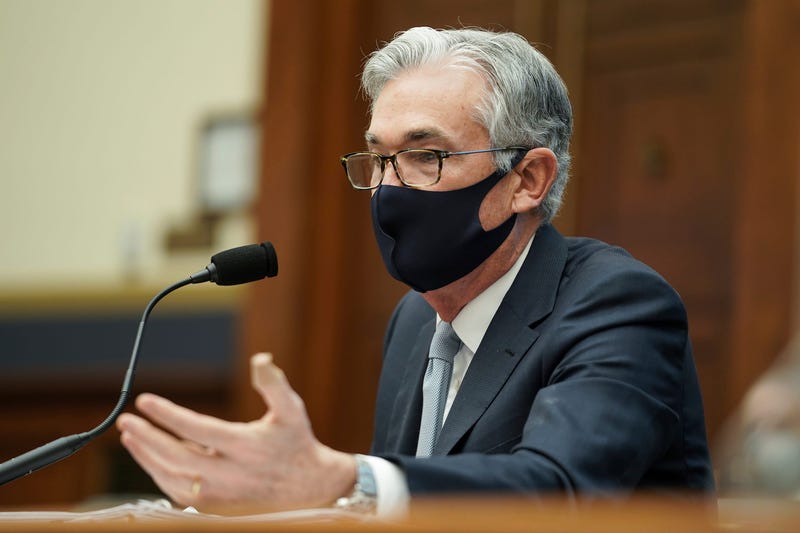 The Fed also reiterated after its latest policy meeting that expects keep its short-term benchmark interest rate near zero through at least 2023. The Fed has kept its key rate there since March, when it took a range of extraordinary steps to fight the pandemic recession by keeping credit flowing.

In a series of economic projections Wednesday, though, Fed officials painted a brighter picture for next year, compared with its previous projections in September. The improvement likely reflects the expected impact of new coronavirus vaccines. The policymakers now foresee the economy contracting 2.4% this year, less than the 3.7% decline it envisioned in September. For next year, in anticipation of a rebound, the officials have upgraded their growth forecast from 4% to 4.2%.

The Fed's latest policy statement coincides with an economy that is stumbling and might even shrink over the winter as the raging pandemic forces new business restrictions and keeps many consumers at home. Weighing the bleak short-term outlook and the brighter long-term picture has complicated the Fed's policymaking as it assesses how much more stimulus to pursue.

At a news conference, Fed Chair Jerome Powell acknowledged that challenge. While the economy and job market should rebound strongly in the second half of 2021, he said, “the issue is the next four to five months” as the virus keeps weakening growth.

Powell also noted, as he often has before, that the pandemic recession has fallen most painfully on the most disadvantaged American households.

“Economic dislocation has upended many lives and created great uncertainty about the future,” Powell said.

With its benchmark rate already near zero, the Fed has turned to bond purchases, buying $80 billion of Treasury securities and $40 billion of mortgage-backed bonds a month. Those moves indirectly lower rates on mortgages, auto loans and credit cards, with the aim of encouraging more borrowing and spending.

Before Wednesday, the Fed had given no guidance on how long it would buy Treasury and mortgage bonds. Saying it wants to await “substantial” economic progress suggested that the central bank envisions a lengthy time frame for those purchases.

Powell and many other Fed officials have repeatedly urged Congress to approve more economic aid to carry the economy through what's expected to be a financially painful winter, with cold weather foreclosing outdoor dining and rising virus cases discouraging many Americans from shopping in stores, going to gyms or traveling.

Congressional leaders are considering a $748 billion relief package that would provide extended unemployment benefits, more loans for small businesses and possibly another round of stimulus checks for individual Americans.

“This looks like a time where what is really needed is fiscal policy," he said, "and it’s a very positive thing that we may finally be getting that.”

Recent economic reports have generally reflected a sharply slowing recovery. On Wednesday, the Commerce Department reported the sharpest drop in retail sales in seven months. Americans held back on spending in November at the start of the holiday shopping season, which typically accounts for a quarter or more of retailers' annual sales.

Sales tumbled across the board — from clothing, electronic and furniture stores to department stores and restaurants. The only two bright spots were online and grocery store sales.

The retail sales report was the latest evidence that the pandemic is slowing the U.S. economy as businesses grapple with tighter restrictions and millions of consumers stay away from stores.

Last week, the number of people seeking unemployment aid rose for the third time in four weeks, evidence that companies are increasingly cutting jobs nine months since the erupted of the pandemic caused a deep recession.