The Dallas Mavericks need to figure out what path they want to take this offseason.

It’s clear that Luka Doncic is a star, and that the Mavericks will be intent on keeping him for many years to come. However, their loss to the Golden State Warriors in the Western Conference final exposed the lack of necessary supporting talent on the roster for Dallas to be a sustainable, long-term finals contender.

One idea that’s been bandied about is the idea of the Mavericks giving Doncic another star by acquiring Deandre Ayton. The Suns big man seems like he’s on the way out of Phoenix, but he’s a restricted free agent this offseason. The Suns would never relinquish those rights and let him walk for nothing, meaning his likeliest path out is a sign-and-trade.

In a vacuum, the idea of Ayton on the Mavericks makes sense since he would give Dallas a high-end option in the frontcourt. The problem, though, is that sign-and-trades hard cap a team, so pulling off such a move would actually prevent Mark Cuban and the Mavericks from spending well into the luxury tax.

ESPN’s Brian Windhorst offered some insight on his “Hoop Collective” podcast as to why such a move feels unlikely.

“There’s a dream of Deandre Ayton,” in Dallas, Windhorst said. “In the last CBA they put the hard cap in on the sign-and-trade for this exact reason. They didn’t want teams who were already paying a lot of money to easily improve their roster. They’re trying to keep the talent distribution.

"You can create 15 sign-and-trades for Deandre Ayton … but if you hard cap yourself as the Dallas Mavericks with the money that they have on the books and the money that they’re going to have to add for (Jalen) Brunson – and, really, the problem is (Davis) Bertans. When they took on Bertans in that Porzingis trade, which they had to do to do the trade, it’s a bad contract. It’s not a good value contract.

“So they have to either offload Bertans somewhere else, or they’d have to offload (Spencer) Dinwiddie, and now you’re using other assets. It just gets very complicated, which is why I have the Cavs flashbacks. The Cavs were doing all these gymnastics to bring in guys and they just ran out of the ability to improve their roster.”

The Mavericks have enough areas of need that sending pieces out so that they can add Ayton while being able to do little else to improve simply is not a shrewd way of managing the roster.

So while the idea of adding Ayton is undoubtedly tantalizing, the loss of roster flexibility simply might not make it worth it. 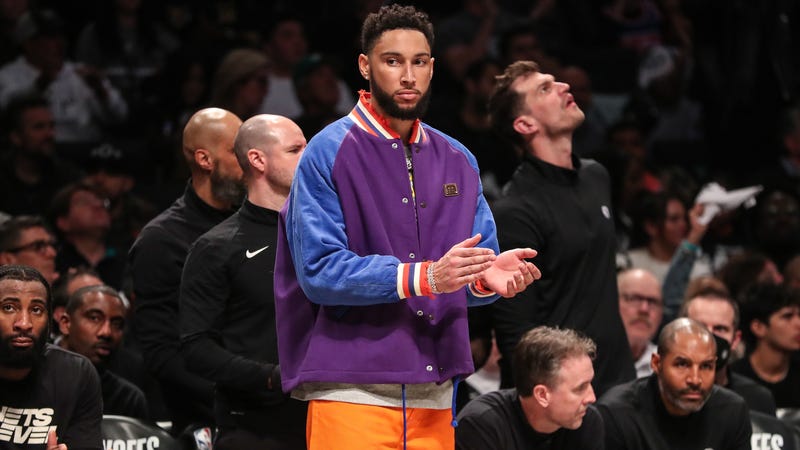