Prior to being traded to the Lakers, Russell Westbrook tried to convince then-Wizards teammate Bradley Beal to also request a trade from Washington, according to Bill Oram, Shams Charania and Sam Amick in a story for The Athletic chronicling the details behind Westbrook's trade.

According to their written account, Westbrook — who had missed out on going to the Clippers two years prior — was determined to find his way back home to Los Angeles this time, and thought if he and Beal both requested a trade, it might spring the Wizards into action.

Westbrook and Beal were both on a wish list of superstars that LeBron James and the Lakers wanted to recruit, a short list that also included Damian Lillard and DeMar DeRozan. But Beal declined to join Westbrook in asking out of Washington, although he did give Westbrook his blessing to do so himself.

"Westbrook had been telling those around him for weeks that he was finally coming home, but now those dreams seemed to be slipping away. So shortly before noon on July 29, he asked his billionaire boss, Ted Leonsis, for a personal favor: Find a way for him to land with the Lakers. That passionate plea set off a chain of events that resulted in the Lakers assembling one of the most star-laden and veteran teams in league history.

"... Keep in mind that two years ago, Westbrook missed out on going to the Clippers when, as sources confirmed, Leonard turned Westbrook's desire to team up into a chance to partner instead with Paul George, Westbrook's teammate with the Thunder. Westbrook wasn't about to lose out in this game of LA musical chairs — again. 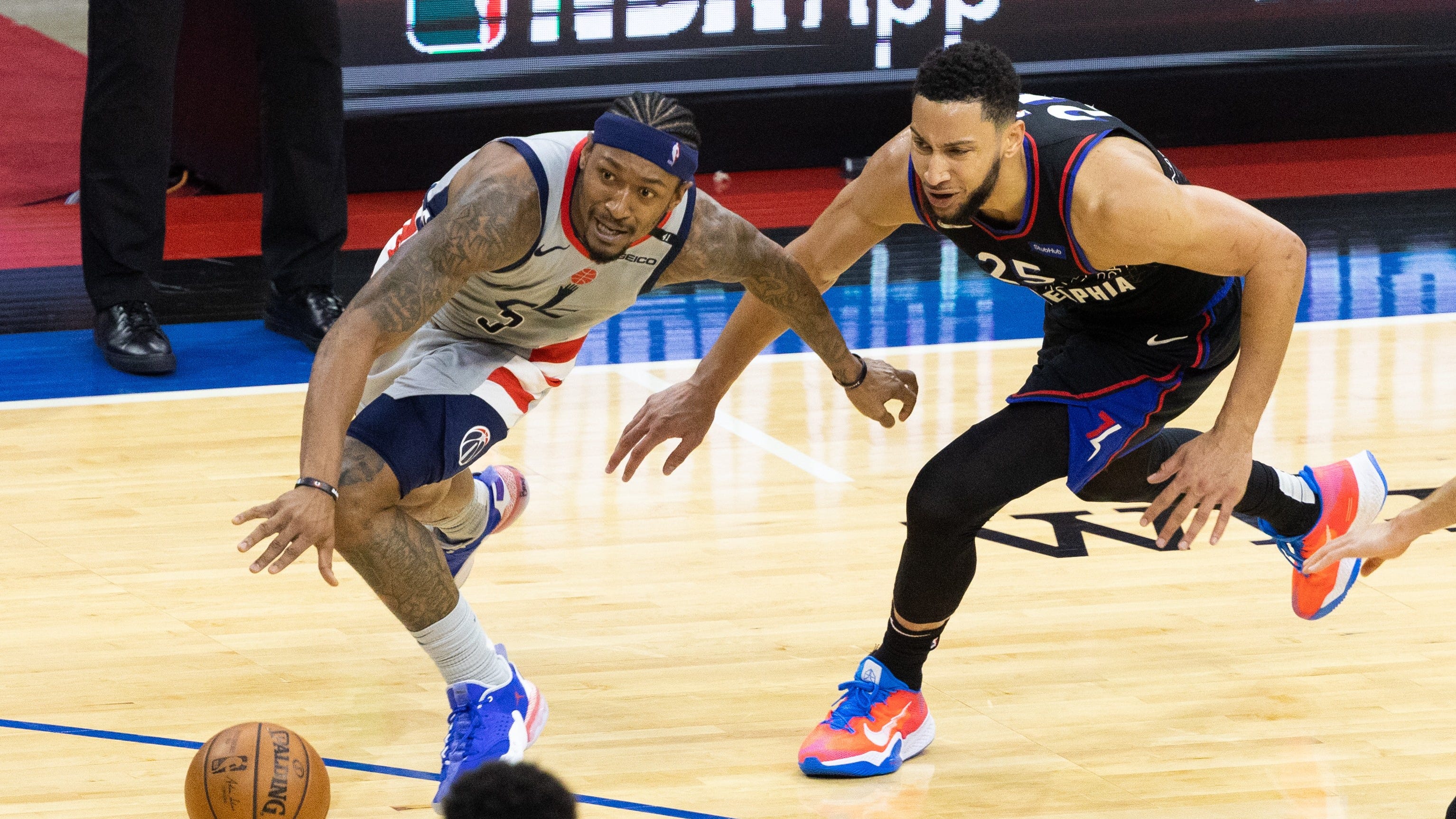 Kornheiser: 'Wizards should give up Bradley Beal for Ben Simmons'

"And before Westbrook resorted to calling Leonsis, he had tried to convince Beal in the weeks leading up to the draft that they should both ask out of Washington, according to sources. Short of Beal showing a desire to also request a trade, Westbrook was hopeful Beal would at least support his efforts to get to L.A. — which, sources said, Beal did."

Come draft day on July 29, Wizards GM Tommy Sheppard got on the horn with Lakers front office chief Rob Pelinka, and the two worked out the machinations of a deal that would send Westbrook to the L.A. with the Wizards receiving Kyle Kuzma, Montrezl Harrell and Kentavious Caldwell-Pope, along with the No. 22 pick in that night's draft. Leonsis and Lakers owner Jeanie Buss then had a conversation to finalize the deal.

Read the full story in The Athletic.