Tony Kornheiser and Michael Wilbon discussed the Ben Simmons situation on ESPN's Pardon The Interruption this week and Kornheiser explained why he believes the Washington Wizards should trade all-star Bradley Beal to Philadelphia for Simmons.

"This guy, Ben Simmons, is a much better defender than Bradley Beal, he's a much better rebounder, he's a much better passer and will integrate more people on the team and they will be happier. This is a trade that benefits both teams, because Mike, if Bradley Beal goes to the Sixers they can win a title. He's what they need and Ben Simmons is what 10 guys as rotational players need here and if he's a better player with a change of scenery he'll close out the game."

Sixers fans would love Beal, of course, as he was the NBA's second leading scorer the last two seasons, averaging a career-high 31.3 points per game last year. The 28-year-old three-time all-star is one of the game's elite scoring guards.

Wilbon believes Simmons has a future in the NBA, just not in Philadelphia.

"I would deal him," Wilbon said. "I just don't think he can exist in Philly. When you go about to talking about cities where they will boo, cities where they'll take one look at you—if they think you are not up to their level of play, standard, they'll boo you. They'll run you out of Philadelphia. 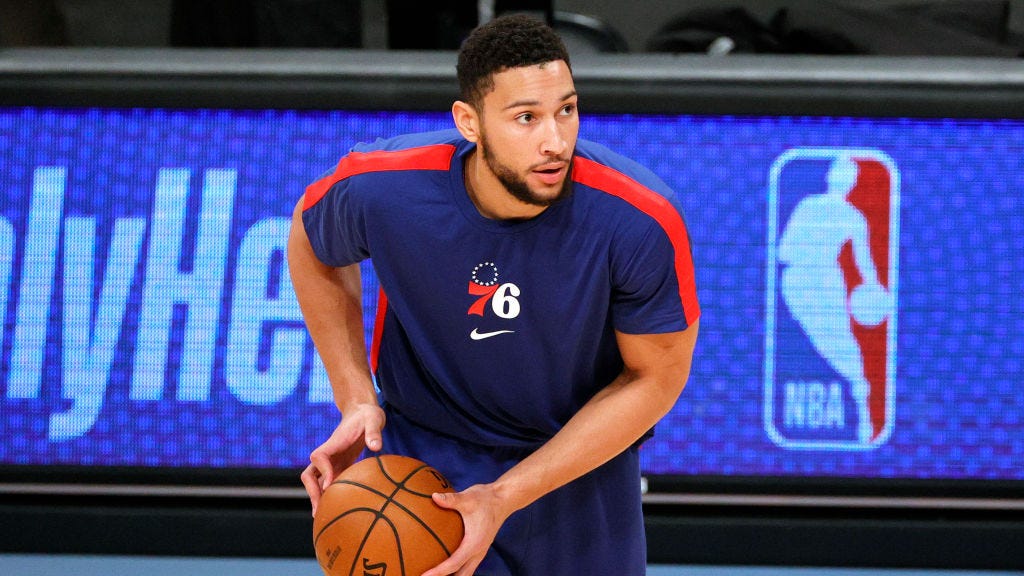 Doc Rivers confirmed on ESPN's First Take that Simmons has requested a trade, but the Sixers want Simmons back. With training camp set to begin on Tuesday, all eyes are on Daryl Morey and the 76ers.