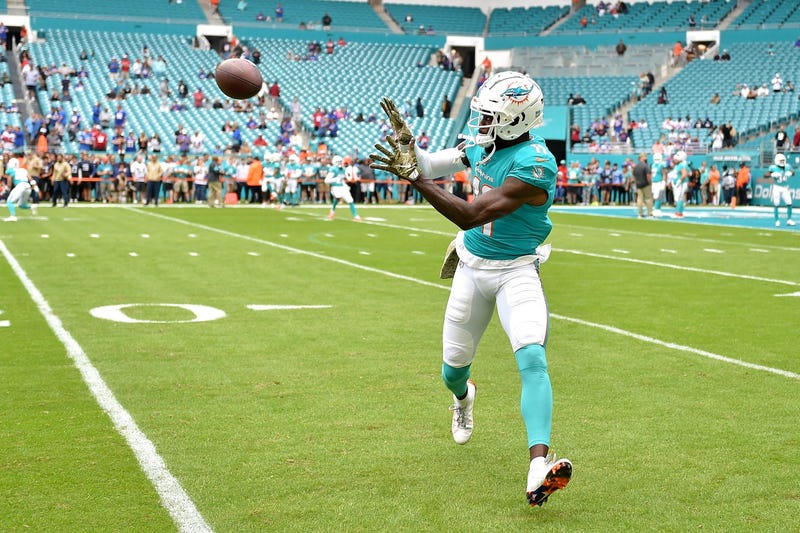 Following in Allen Hurns footsteps, Albert Wilson announced Wednesday he would also be sitting out the upcoming season, choosing to put his family first during these “crazy times.”

"I've decided to opt out of this 2020 season,” Wilson wrote via social media, a decision he says was not an easy one to make. “It was very tough choice but since the day I started playing the game it's always been Faith Family Football. Because of this crazy time I choose to put my family in the best situation I see fit. I will stand by my teammates & brothers to support them 100% throughout this season and will be counting the days until I can join them again. 1 love.”

Head coach Brian Flores says he supports Wilson’s decision and knows he made it “with his family in mind.”

For the Dolphins, with two of their more experienced receivers (both Hurns and Wilson are 28-years-old) opting out of the season, it means a young group of wide receivers will have to help shoulder the load.

DeVante Parker, who did have a breakout season last year for the Dolphins, is now Miami’s most experienced receiver as he gets set to play in his 6th NFL season. Jakeem Grant follows as a 4 year veteran and certainly a primary option to fill in for Wilson in the slot.

With a depleted list of options for QB’s Ryan Fitzpatrick and Tua Tagovailoa to throw to, ESPN’s Cameron Wolfe told Hoch and Crowder he can see Chris Grier and Brian Flores addressing the issue in free agency in the coming weeks.

“DeVante is not going to be a super vocal guy on the roster. He’s a really good player, I don’t know if he’s going to be a vocal leader,” said Wolfe regarding DeVante now being the elder receiver in the Dolphins wide receiver room.

“I think you might need to bring in somebody who can be that glue-guy, be the guy who can speak up when the effort is not good in practice from the receiver group. I just don’t know if that’s going to happen from anybody on that roster.”

Beyond the importance of finding replacements for Wilson and Hurns on the field, adding a veteran presence in the locker room is just as important, says Cameron Wolfe.

“Some of those guys who have been around the league in multiple teams and have done it. Those are the type of guys that people understate their role on a roster and I imagine the Dolphins go out and try to seek one of those guys in the next week or two.”