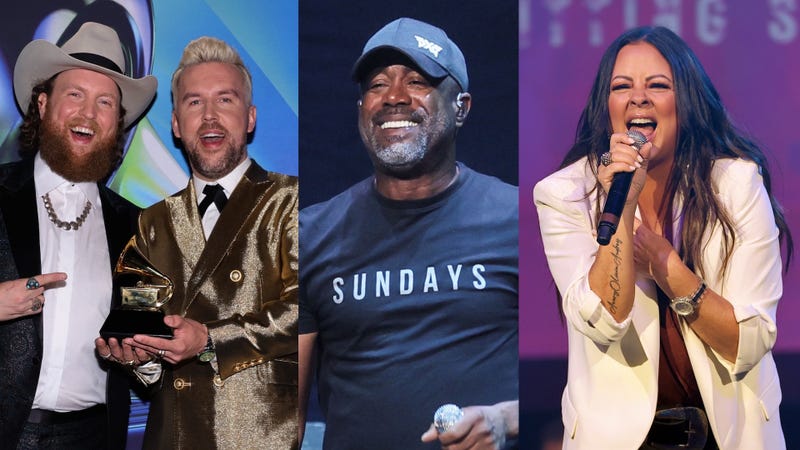 A handful of Country stars are lending their time and talent to support the Academy of Country Music’s charitable arm, ACM Lifting Lives by participating in the 2022 Party for a Cause show.

The show will take place Tuesday, August 23 at Nashville's Ascend Amphitheater and feature reigning ACM Duo of the Year Brothers Osborne, along with Blanco Brown, Travis Denning, and ACM Award winners Sara Evans, Caylee Hammack, and Darius Rucker, with additional artists to be announced in the coming weeks. Tickets are on sale beginning June 24 and can be found here.

“We’re so excited to be back in Music City for our second year of Party for a Cause at Ascend Amphitheater,” said Lyndsay Cruz, ACM Lifting Lives Executive Director. “Just like last year, we plan to bring the party to Nashville during a great night of music all for a good cause.”

She continued, “We’re so grateful to the artists who participate in this show, giving back to the Country Music community, and giving fans the opportunity to experience a show they can’t see anywhere else.”

Proceeds from ACM Party for a Cause will benefit ACM Lifting Lives, the philanthropic arm of the Academy of Country Music. The foundation  harnesses the power of the Country Music community and partners to provide aid for members of that community in times of need with a focus on health-related initiatives.

Following the ACM Party for a Cause will be the ACM Honors ceremony. This year's event will take place at Nashville's Ryman Auditorium on August 24. Find tickets for that event here.