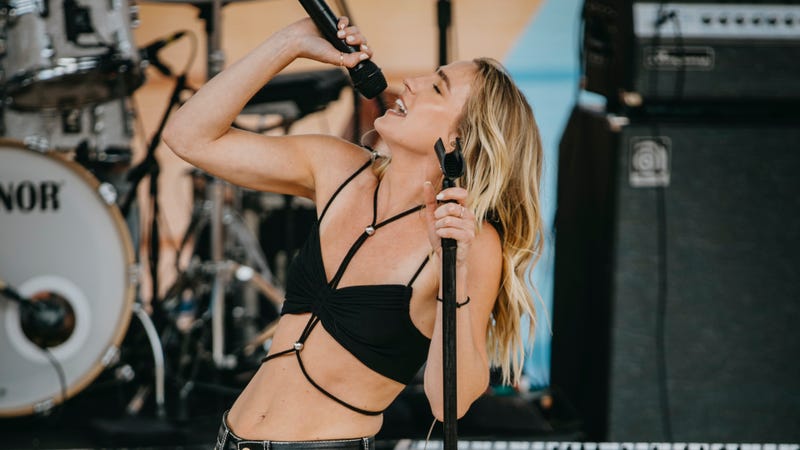 Ingrid Andress is comin’ in hot with a fresh load of new music! The 30-year-old is readying to release her second full-length album, Good Person, on August 26.

“New album, woo!” She cheered while chatting with WYCD’s Josh, Rachael and Grunwald in the Morning. “It feels like my first time because my first album came out during the pandemic, so I’ve never gotten to do a full launch of an album before.”

Andress is eager to share the new music with her fans as all the songs are deeply personal to her, but she promises it doesn’t mean they’re all sad.

“They’re all unfortunately very personal,” she joked of the tracks. “I write about pretty much everything that has been happening over the past two years. The first half of the album is kinda sad, but the back half is kinda happy so it’s all good. We’re trying happy songs this time around.”

Ingrid’s fans are always eager for new music from the songstress, and they’re especially excited to see what’s to follow the recent success of her single with Sam Hunt, “Wishful Drinking,” which is now top 10 at Country radio.

“I love the soulfulness in his voice,” she said of Sam joining her on the song. “I feel like that’s part of why I wanted him on the song in the first place — just because he has so much swag and he doesn’t really need that much help on what to do.”

While there are no new collabs on her forthcoming project, Ingrid shares she has been working on a special collaboration for a fellow artists upcoming project. “I feel like Breland and I write a cool song,” she shared. “We’re putting out a song on his album, so that’ll be fun when that comes out. It’s gonna be great!”

She continued, “He’s the sweetest. He makes me feel like a negative Nancy. He’s smiling all the time and I’m like, ‘Why are you so happy? I don’t understand!’”

Lots of fresh stuff coming from Ingrid, who is currently on the road with Keith Urban. Catch her full interview with Josh, Rachael and Grunwald in the Morning above and be sure to check out her new album, Good Person, out August 26.