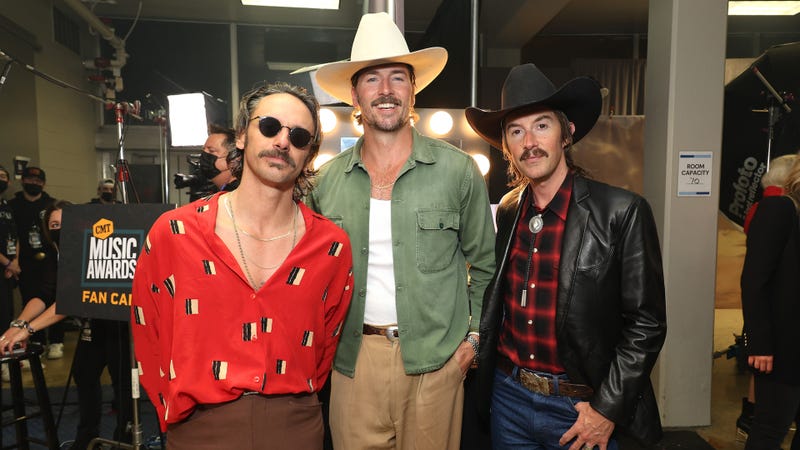 There’s no better time to catch up with a band than on the day that they release an album and that’s exactly what we did with the boys from Midland.

Cam Duddy, Mark Wystrach and Jess Carson joined Rob + Holly on Audacy’s Friday Night Takeover as they took us inside the making of the latest record from Midland The Last Resort: Greetings From.

The record is the band’s first since their 2019 album Let It Roll and it’s proven to be well worth the wait. While Midland has already graced us with plenty of great music in their career, they’re emphatic that they “hit a new level of songwriting” on the latest record.

With 12 songs in total, there’s plenty to like on the record, but also plenty of tracks that didn’t make the cut. “We wrote a lot of songs for it too, so this is the distilled best of the best for this album,” the group told Rob + Holly.

“Also there’s a tapestry of bringing the songs together and picking the ones that felt like they were of a similar vibe. Maybe not even necessarily the best song, but the one that fits into this motif.”

Check out Midland’s entire interview with Rob + Holly above for more insight into their songwriting process, the inspiration behind the song’s on the album, and a definitive guide to which 80’s themes are the best.

Midland will be hitting the road this summer for a lengthy tour in support of The Last Resort: Greetings From. The tour will kick off on June 9th in Oklahoma as Midland will travel all across the country before wrapping things up on September 4th in Deadwood, SD. Check out a full list of tour dates and grab your tickets here.