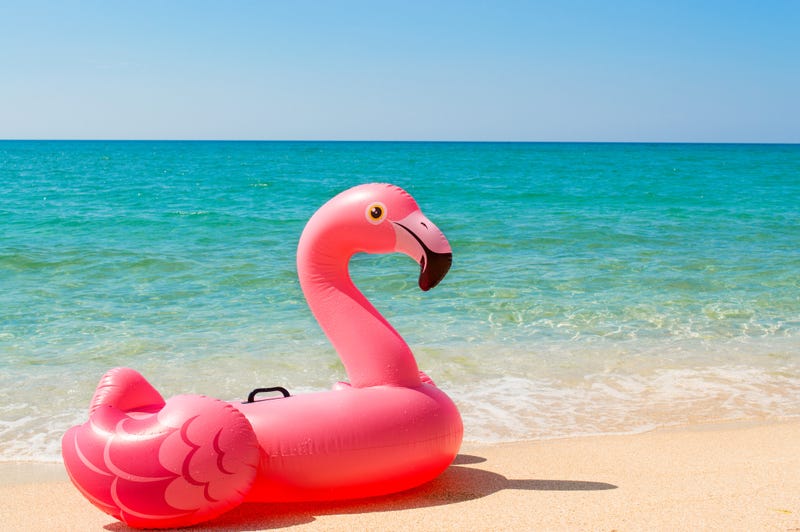 A group set out to spend a day of fun in the sun celebrating a birthday, but ended up being rescued by the U.S. Coast Guard. Birthday girl Hollie Spence, her roommate Lepa Sega and Lepa’s brother, Nation Sega headed to White Sands beach in Kodiak, Alaska, with their dogs and a 10-foot inflatable pink flamingo float and it started as a nice, sunny day, but it was a little windy and that became an issue.

The group had packed extra clothes, blankets, and snacks to enjoy while relaxing on the float, but they didn’t pack life jackets or paddles and the wind and currents were so strong they pulled their float out of the shallow water and into Monashka Bay. Within an hour, the three friends, two dogs and one giant flamingo float were stuck on some offshore rocks and had to be rescued.

Alaska State Troopers and the U.S. Coast Guard were called in, but get this - the conditions were deemed too dangerous for boats, so they had to use a helicopter to bring in the stranded floaters. Luckily, they walked away with just a few scrapes from the rocks and Spence had a birthday she’ll never forget. “It was the scariest day of my life,” she says. “I don't think I’ll ever do something like this again.”