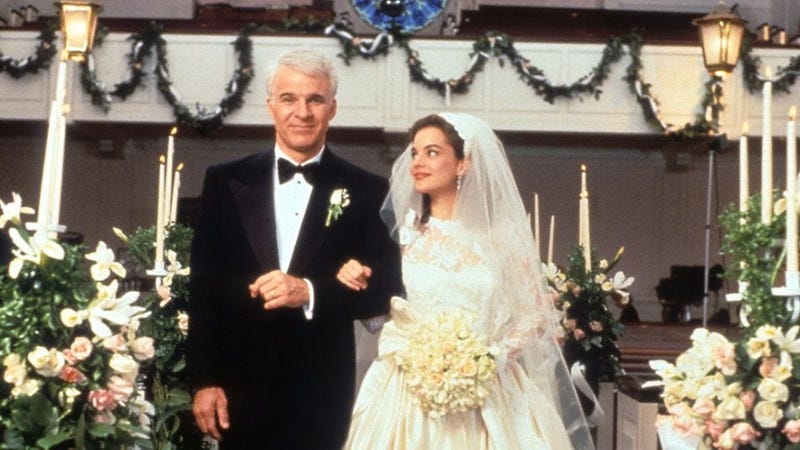 What happened to the beloved Banks family after Annie got married, then had a baby at the same time her mother Nina was pregnant? Well, we are about to find out!

Netflix announced the iconic cast from the classic '90s rom-com, Father of the Bride, will be reuniting for a mini special to help raise money for a good cause.

The streaming giant teased the reunion with one of the best promo videos! In the clip, George Banks (played by Steve Martin) can be seen opening an email from his daughter Annie (Kimberly Williams Paisley) filled with digitized pictures from her wedding almost three decades ago. Then it shows another email from his son, Matty (Kieran Culkin), with a calendar invite for a family video call on Friday (September 25th), which is the official date for the special.

The reunion will premiere on Friday at 6 pm on both Netflix's Youtube and Facebook pages! The entire cast including Martin, Williams-Paisley, Culkin, Diane Keaton, Martin Short, George Newburn, and some special guests are coming together to raise money for World Central Kitchen, a non-profit organization dedicated to providing meals after natural disasters.

Virtual cast reunions have become increasingly popular during the pandemic as a great way to help underrepresented groups receive aid.

We cannot wait to see the Banks family get back together!