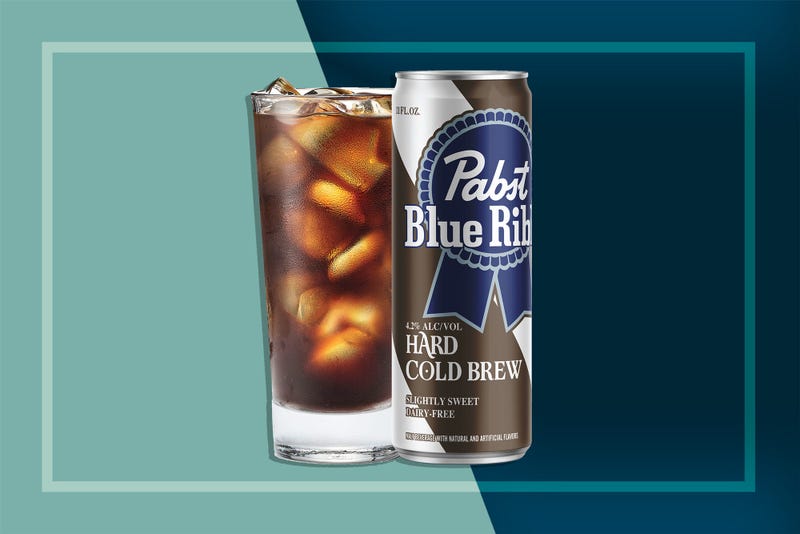 Last year PBR (Pabst Blue Ribbon) launched a hard coffee that took the world by storm, some consumers even saying it tasted like a  “thicker, malt Starbucks Frappuccino." That's a HUGE compliment for a beverage company that primarily sells alcohol.

After the success of the hard coffee, PBR decided to go one step further and launch a Hard Cold Brew.

It was the next logical coffeehouse step forward considering cold brew has become a fast favorite for coffee drinkers who appreciate its smoother and sweeter taste.

The PBR cold brew has less ABV than the original hard coffee, coming in at 4.2%, but is also non-dairy, giving it just a hint of sweetness.

The new beverage product will be available in 4-packs and only for purchase in four states including Illinois, Ohio. Wisconsin, and Pennsylvania. If the cold brew does as well as its predecessor, the hard coffee, did in the markets, expect it to be available nationwide very soon!