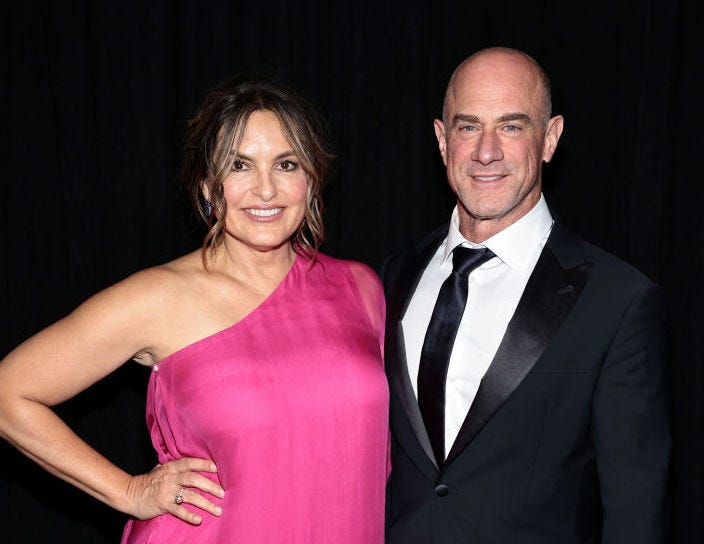 “Law & Order: SVU” fans may not be ready for the latest news about Benson and Stabler.

In addition to the many procedural and action-oriented reasons viewers have loved "SVU” for two decades, the romantic engine of the show has definitely been the unrequited tug between main characters Olivia Benson and Elliot Stabler. 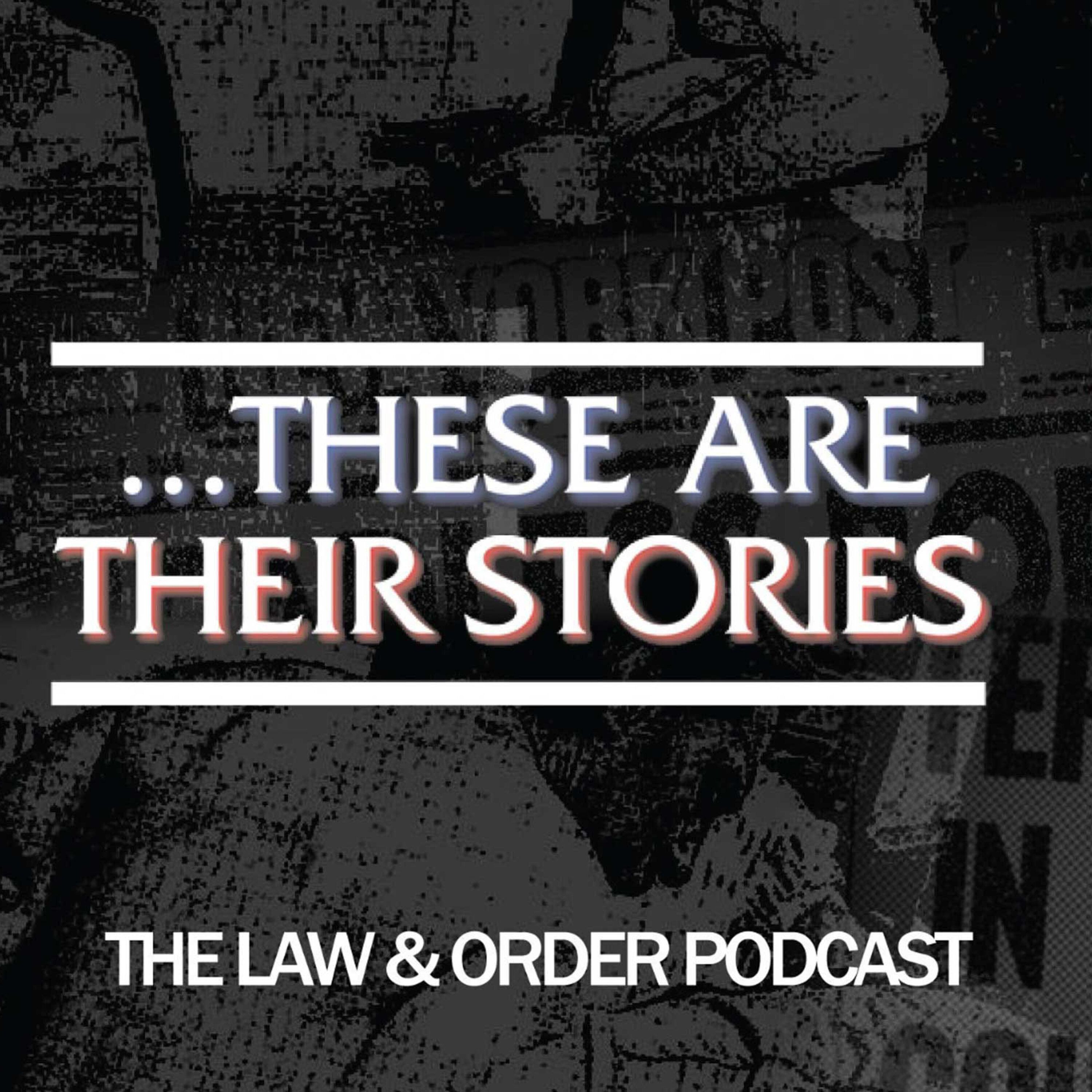 The engine was revved up further when actor Christopher Meloni returned to “SVU" and launched his spinoff “Organized Crime” last year. Since then, fans have eagerly peeped for any sparks between Stabler and Benson.

There was that holding hands during a sultry driving scene; and a more intense relationship chat in a December 2021 episode.

Now, there’s a real world suggestion from Mariska Hargitay herself that her character has most definitely desired Stabler for some time.

In a recent sitdown on "The Drew Barrymore Show," Hargitay discussed numerous aspects about being the longest running female character on a network TV drama, before Barrymore sliced into the steak that makes “SVU” fans sizzle.

"No one will forgive me if I don't ask about Christopher Meloni," Barrymore said coyly. "What is going to happen? He's back, the kiss still hasn't happened. We're all hanging, talk about coitus, like, tantric, it's not coitus — that was the wrong word."

"I'm getting nervous about hoitus toitus," laughed Hargitay. "I'm going to text him (Meloni) today and say, 'How do you feel hoitus coitus?'" 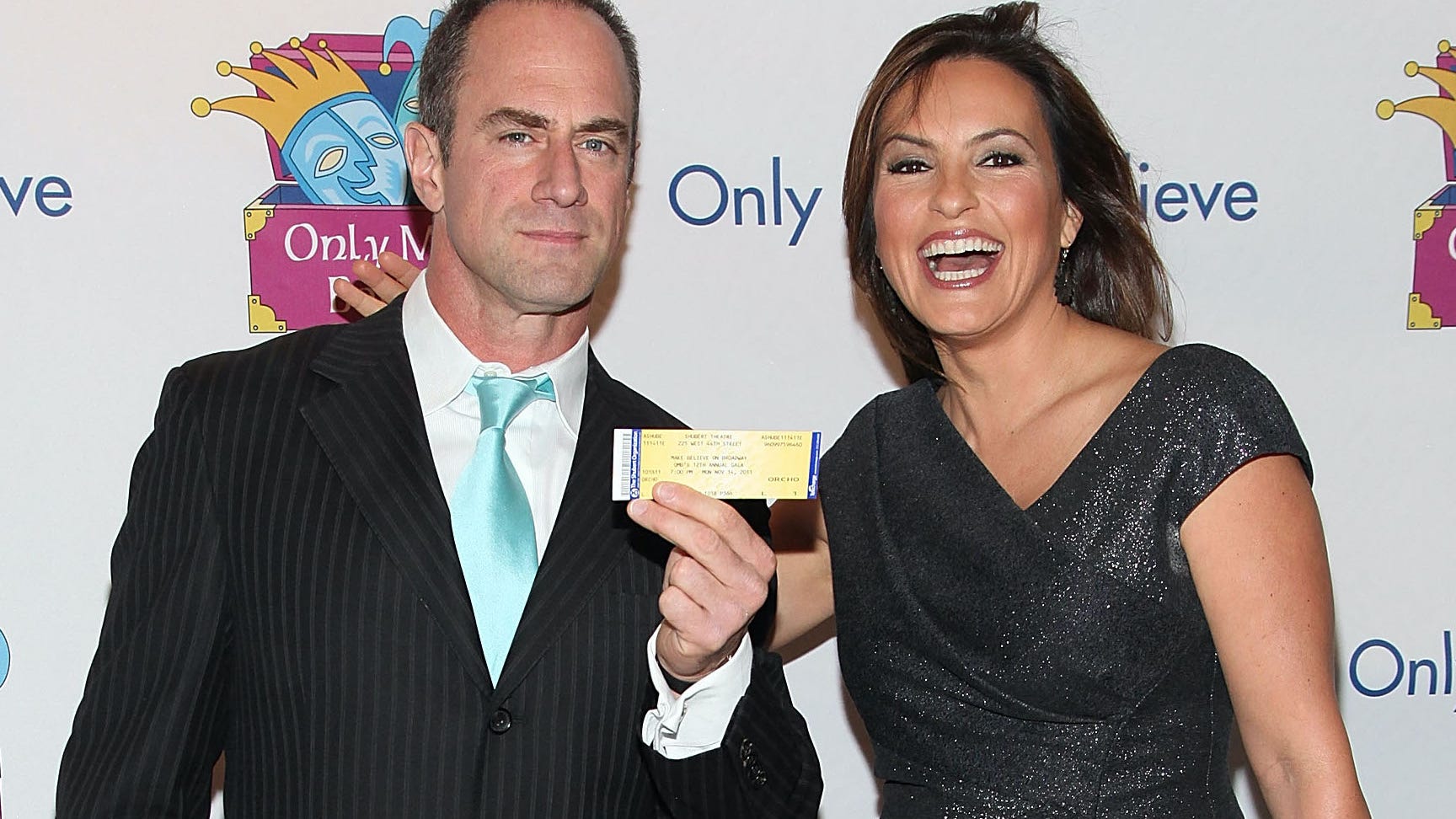 But Barrymore defied the sidestep. “Stabler is ‘free’ now after the death of wife Kathy Stabler,” she recalled breathlessly, which was revealed when he returned to the "Law & Order" franchise last April.

“He is free,” Hargitay, answered, “and I think he's got eyes for me. But Olivia Benson is hurt! I mean, he left me in a lurch for 10 years. She's frightened."

Why that 10-year gap happened exactly is another mystery "SVU" fans have pondered. But that mystery was forgotten when Hargitay dropped the following bomb about her character's true feelings for Stabler.

"The energy's there," Hargitay admitted. "Olivia's been in love with him for many a year." 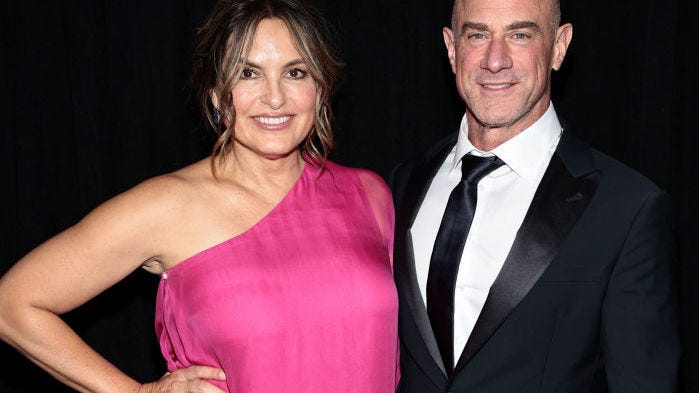 If fans were capable of still hearing after that mind-blow, Hargitay continued, “And I think that we are slowly finding our way back to it, but I want to give him the amount of time he needs to grieve Kathy Stabler."

Speaking for “SVU” fans everywhere, Barrymore stated, "All I know is that this earth is literally going to shake when that moment happens."

Admittedly, the actors themselves have had fun with fans' assumptions, even posting cozy on-set photos of them hanging out. And Meloni himself has more than suggested the obvious connection between Stabler and Benson. 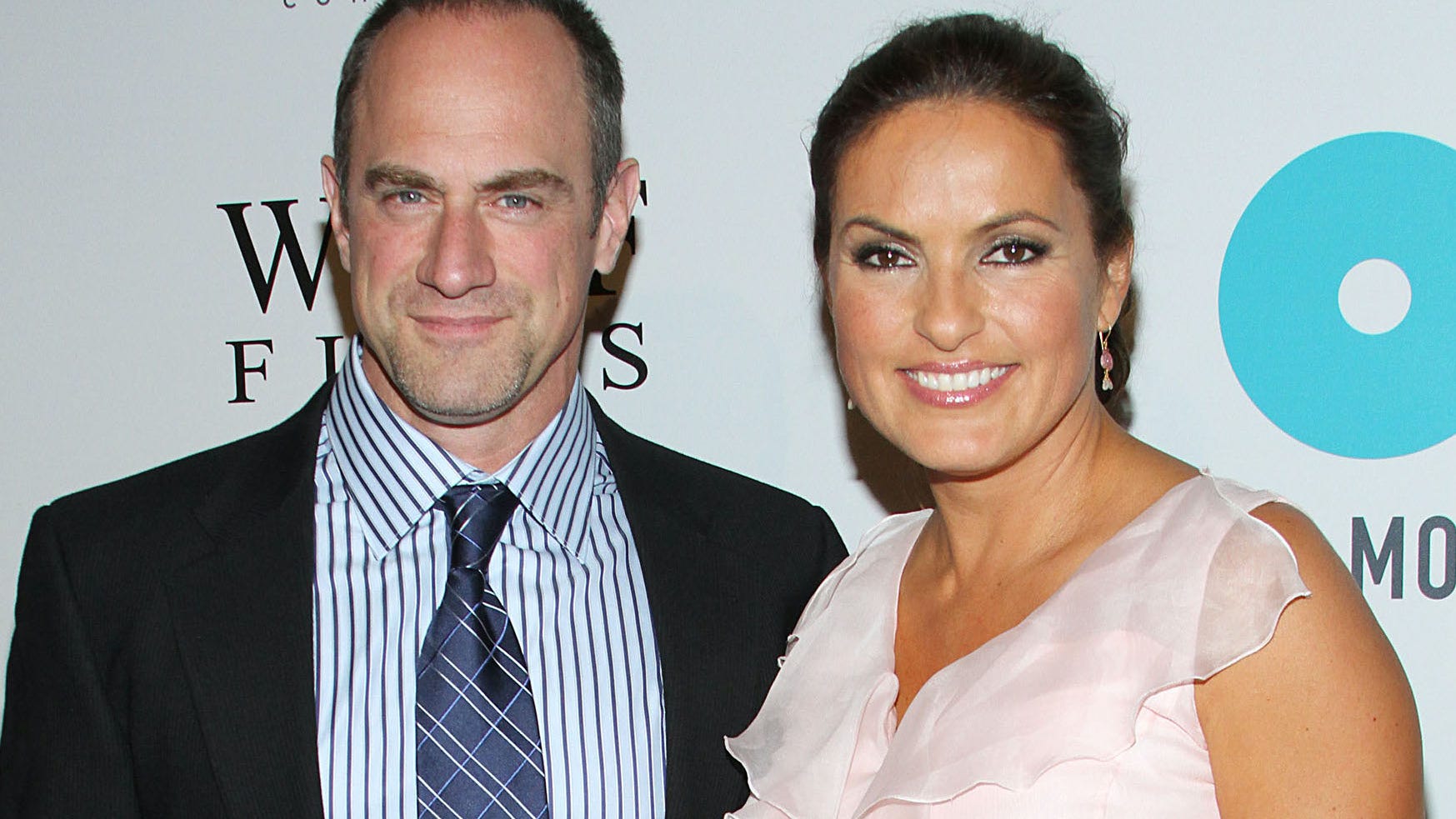 While fans might have suspected such for years, it’s only since Stabler’s reappearance on “SVU” that the potential romance has been so openly debated among its principal actors and indeed the characters.

In crossover episodes at the end of last year, Benson confronted Stabler about the “one-way street” of their relationship; and Stabler questioned Benson about her lovelife in the intermittent years apart.

Hargitay’s answers to Barrymore sounded like IRL mirrors of Benson’s reply to Stabler: “How about we call it a friendship. How’s that for now?”