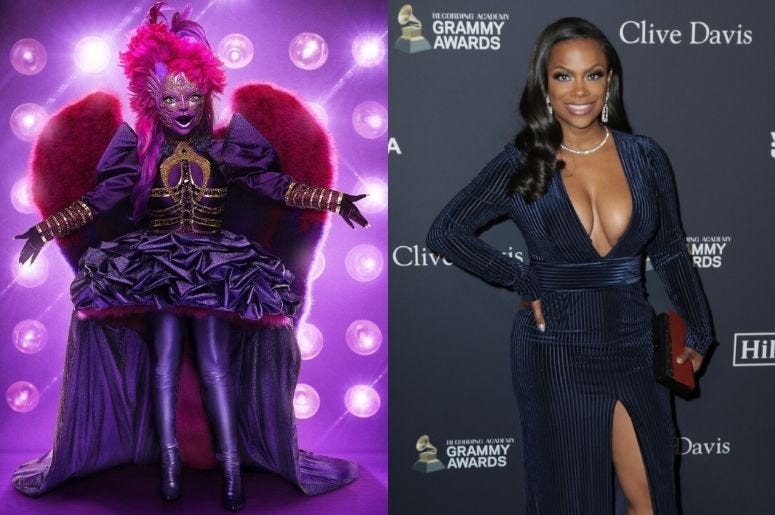 As the 'Masked Singer' finished off its third season finale, a new history was made as they revealed their new celebrity winner.
Known as the Night Angel on the hit show, Kandi Buruss takes the Golden Mask trophy home as she has crowned the winner of this season over the other two celebrities. She is now the first female to win the reality competition show in its three seasons running. Sitting in the final three with Kandi was Bow Wow and Jesse McCartney. The Grammy-nominated, singer/ songwriter, took home a well-deserved win. She showcased her vocal range through different genres, making her a force to be reckoned. Throughout the competition, she performed songs from Tina Turner to Lil Wayne, allowing her versatility to show through her voice.
Being from Atlanta, we knew right away this was the "Real Housewives of Atlanta" star with the number of clues she gave throughout the competition. One standing out which was a dead give away was "Old Lady Gang." As one of Atlanta's new staple eatery's, "Old Lady Gang", Kandi used her business venture as a clue to who she is. Not only that, but being fans of Xscape, the chart-topping girl group from the '90s, and knowing her musical history, it was evident we were listening to Kandi Burruss as the Night Angel. As she took her win, Kandi spoke to the panel of judges about her experience, "I just really appreciate you guys for helping me build my confidence back up."

With her newfound confidence and win under her belt, there wouldn't be a better way to release new music.

Kandi recently released a new single "Used to Love Me," which timed perfectly to her win. The song comes with a different sound for the R&B singer but  fits perfectly as her voice from the show has opened up a new range of diverse fans.

As our fellow peach, we are happy and proud to see Kandi on any platform representing her music, and Atlanta on a diverse stage. She is a name that needs to be known, and this rightfully achieved that.

Congratulations, Kandi Buruss, on your win!