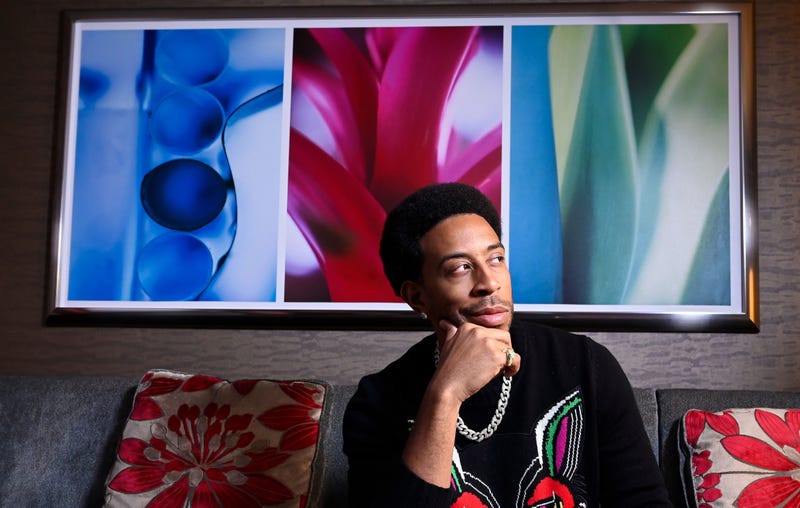 As we all know this weekend’s Verzuz battle matched-up Ludacris and Nelly for the ultimate early 00’s throwback, and it was truly one for the books. The battle gave us those nostalgic feels, as over 500K people tuned in to listen to our favorite hits spanning over the past 20 years.
Monday, Big Tigger from RADIO.COM and V-103 Atlanta, had the chance to catch up with Ludacris in the Verizon Artist Lounge to give us a behind the scenes take on everything that happened during the battle. Nothing was off limits, from Nelly’s WiFi, to new unreleased music, Big Tigger taps in on life in quarantine, Fast & Furious franchise, and more.
For those who tuned in to Saturday’s Verzuz battle, you know it took well over 30 minutes to get to some music, due to Nelly having some issues with his WiFi. Big Tigger jumps right into it, commending Ludacris on his unbothered personality during the technical issues, asking him what was going through his mind while it was all happening.

"I was honestly thinking… I was so excited that I just did not want to have to postpone it.  I was so happy to be in that opportunity, it was like we got everybody here, let’s give them what they came to see,” referencing the infamous Babyface vs. Teddy Riley battle that had to be postponed due to technical issues.

When asked what his takeaway from this experience was, the Atlanta native revealed that for him this battle was more than just sharing the music with the fans. “I loved the opportunity for the both of us to give each other the compliments we wanted to on a world stage. In the world of rap, it's an instinct to have our guard up and to never let it down because someone may use it against you. It was one of those opportunities where we were able to just show each other that love…”

During the battle itself, Ludacris used the platform to give away flowers (metaphorically of course) to those that have inspired him throughout his career. To him the sharing of these flowers was just as important as sharing the music itself. “It's great to be able to tell them how great they are, especially at a time right now where life is precious, and people are dying... love is the answer,” Ludacris continued, giving thanks to the rappers that come before, with a special shout out to LL Cool J, his ultimate inspiration, who he credits with his reason for his being “here today, having this conversation.”

Leading up to the battle, to no surprise, people took to social media choosing sides, ATL or STL. And while Ludacris and Nelly have been compared to one another in the past. Some of the online chatter suggested that Ludacris might have been stealing from Nelly. To that, the ATL rapper had one thing to say, “it's ludicrous, no pun intended.” Then asked, "How many hip hop artists have you seen do a music video in front of a car? It's not even a percentage, every single Hip Hop artist has had a performance in front of a car..." He makes a point that all rappers take from popular culture and expand it to their own. He salutes Nelly on what he has done with Air Force Ones as an example, and while sipping Yak from an over-sized glass, describes what he has done with his bigger than life music videos and overall persona.

Seeing Ludacris so passionate about his craft makes us excited to hear more music from the outlandish rapper. Luckily, we won’t have to wait much longer. Nelly’s WiFi woes gave Ludacris the opportunity to bless us with some unreleased tracks while trying to fill in the time.  “They were unmastered, unmixed… I just had to kill time. So that opportunity just popped in my head. Timbaland, everybody was in the comments section… and I wondered if he’d let me let one off, and I was able to do that. I was able to let two completely new songs out the bag… I’m glad he let me do that while we was waiting on my guy to get his WiFi back.”

The first track he shared,  “Silence of the Lambs," featuring Lil Wayne and produced by Timbaland seems to be garnering a bit controversy as his opening lyrics reference R.Kelly. "I love R.Kelly, but around my daughters, I'm not comfortable."

He didn't explain much to that line and says it speaks for itself, however he did share that, “if people think the first verse of that song is explosive… wait till you hear the second verse.” The highly anticipated track is set to be released at the end of this week.

The second track shared is a collaboration with Chance The Rapper, which he said will be released sometime within the next two weeks. With nothing but fire emojis were thrown up during the exclusive listen, the rapper and his team are now rushing to get everything mixed and mastered.

According to Luda, the time in quarantine has given him the opportunity to reminisce and he is truly “…falling in love with Hip Hop all over again.” Promising the viewers tuned in that we are about to get some of the best Ludacris music we have ever heard.

If you missed our Instagram Live with Ludacris, we got you covered with the full video above.