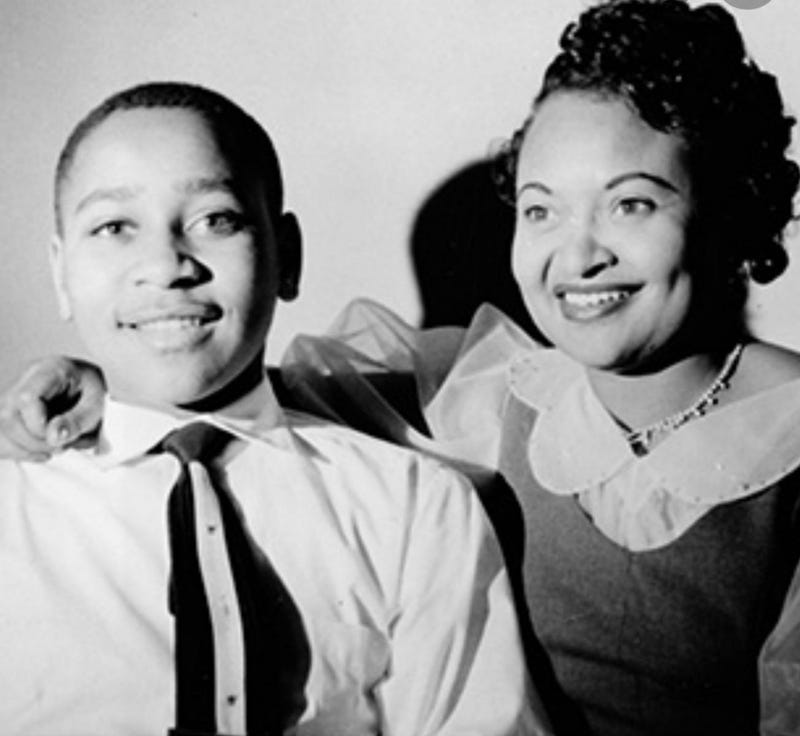 Three arrests have been made in the murder of Ahmaud Arbery, the 25 year old black man who family attorneys say was ‘hunted’ and shot to death in Brunswick, Georgia on February 23, 2020. Father and son Greg and Travis McMichael, and neighbor William Bryan are charged with his murder. Arbery’s family, according to their lawyers, are hopeful that justice will come swiftly.

Deborah Watts compares Arbery’s death to that of Emmett Till 65 years earlier. Till was Watts’ cousin. During a 1955 visit to family in Money, Mississippi, Till was kidnapped, beaten, and murdered. Days later his body was pulled from the Tallahatchie River.

“The public display of lynching with an armed mob, terrorist attack and murder of Ahmaud is despicable, shameful, it saddens me”, says Watts, 'Ahmaud did not deserve to be hunted down by a mob or a posse and killed in that manner for no reason.” She said that it saddens her.

Like Arbery, Till’s perpetrators were white. Roy Bryant and J.W. Milam, were acquitted by an all-white jury, yet later admitted in a publication to killing the 14 year old boy.

Till’s mother, Mamie, had an open-casket viewing of her son’s body. She was quoted as saying that she wanted the world to see what they had done to Emmett. She wanted them to know how the Deep South harbored racial hatred. It sparked the Civil Rights Movement.

Arbery’s death was also laid out for the world to see.  A video, filmed by defendant William Bryan, was leaked more than 2 months after Arbery’s murder.  It has ignited a firestorm of calls for justice and investigations of prosecutorial misconduct.

The public outrage of seeing the video lead to the arrests of the McMichaels, and eventually Bryan.

“This is reminiscent of the injustice that our family experienced”, says Watts, “and we are still trying to seek justice.” Watts calls it “appalling” that the suspects in Arbery’s murder “were not arrested right away.”

The wait for justice may soon be over too for the family of Emmett Till.

A federal investigation into Till’s murder in 1955 is reportedly expected to wrap up soon.

When I first interviewed Deborah Watts in June of 2015 she talked about her family’s legacy and the desire for justice for her cousin. In February 2017, I talked to Watts, co-founder of the Emmett Till Legacy Foundation, about how a primary figure in the case surrounding her cousin’s death, Carolyn Bryant, had recanted her story about Till having made unwanted advances towards her.  One of the men who killed Till, Roy Bryant, was her husband.

While the men who killed Emmett Till are dead, Carolyn Bryant is still alive.

Watts said during our 2017 interview “If there’s an opportunity to get the truth from Carolyn Bryant, what role she played, I’d like to get that information.”

The federal government reopened the Till murder investigation in July of 2018.

“I think justice needs to be served in one way or the other”, says Watts, speaking for the Till family, “we say the truth by any means necessary.”