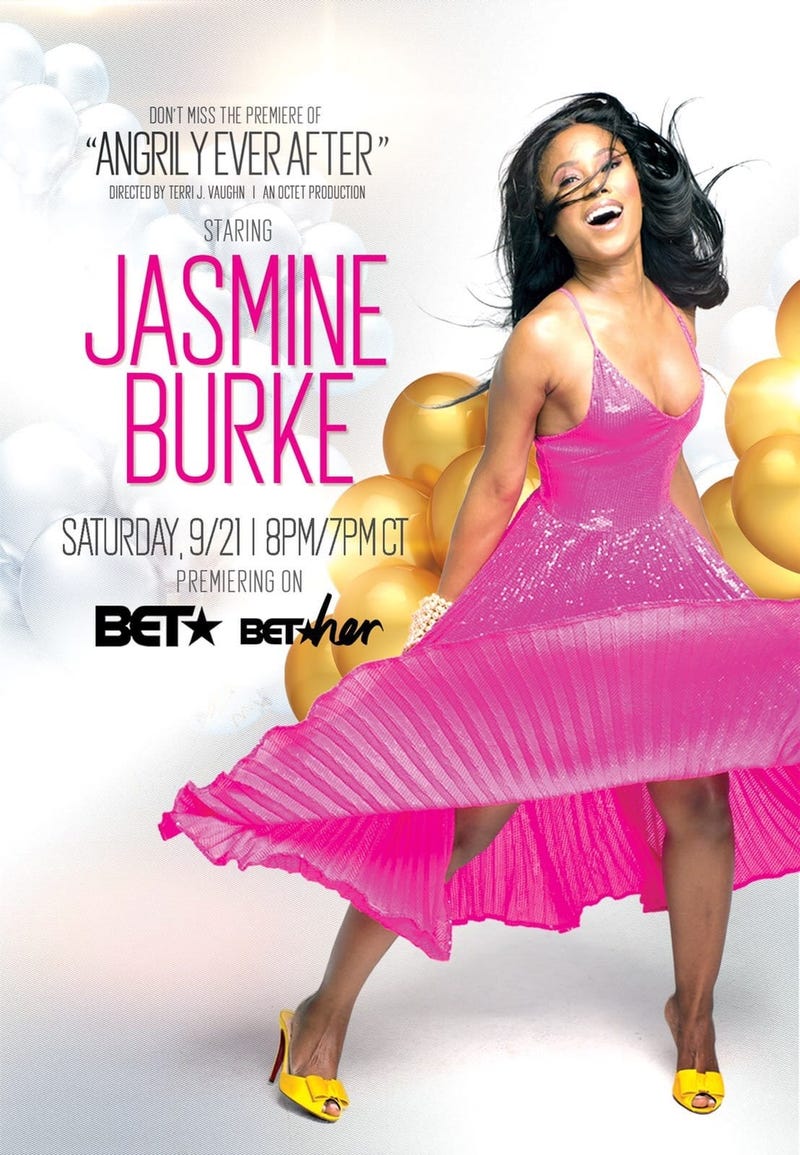 Her new character may be living a lie, but Jasmine Burke is sharing her truth. She stars in the new movie "Angrily Ever After" which is directed by Terri J. Vaughn. Burke's character is Tia Logan, a news anchor who Burke describes as "having it going on in every way. She has the man, the career, and the ring. But, everything might not be as it seems."

Burke, was born and raised in Atlanta and studied theatre and business at Kennesaw State University. She is now a film student at Harvard University. Self-taught on scripts, camera, and editingsoftware, Burke says "growth never stops" which lead her to put herself in Harvard.  "I wanted to learn more."

She's also an advocate for children. Burke says that she was the youngest person sworn in as a Court Appointed Special Advocate for Fulton County (GA). "I was molested when I was young", which is whyBurke says she has always felt that children needed to be protected.

So, how does she make it all work for her?  According to Burke, "trust your own process", adding, "if it feels like a setback, just re-adjust your mind and find a lesson in it and move on to the next level."

"Angrily Ever After" premieres tomorrow (September 21), 8PM/PM CT, on BET and BETher.