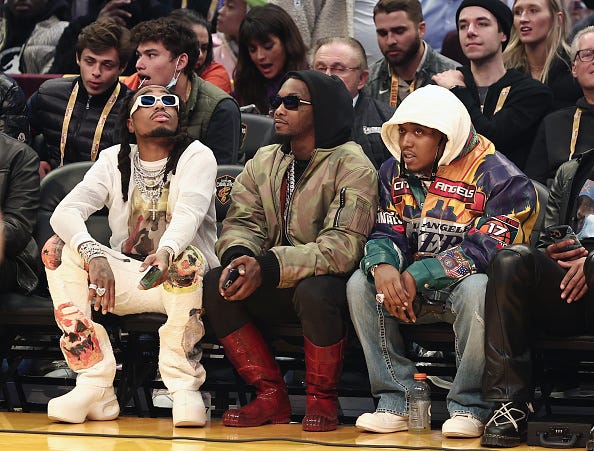 Takeoff (far r) is shown with fellow Migos members Quavo and Offset during the AT&T Slam Dunk Contest as part of the 2022 NBA All Star Weekend at Rocket Mortgage Fieldhouse on February 19, 2022 in Cleveland, Ohio. Photo credit Arturo Holmes/Getty Images
By Maria Boynton

"We need to talk to our young people about valuing life and the importance of conflict resolution and walking away." That is how Gwinnett County Commission Chairwoman Nicole Hendrickson says they will honor the legacy of rapper Takeoff. Born Kirshnik Kari Ball in Lawrenceville, GA, the 28 year old, was shot and killed earlier this week outside a bowling alley in Houston, TX.

According to Hendrickson, "many young people look up to them." When the Migos talk about the North Side, she says "they're talking specifically about Gwinnett." 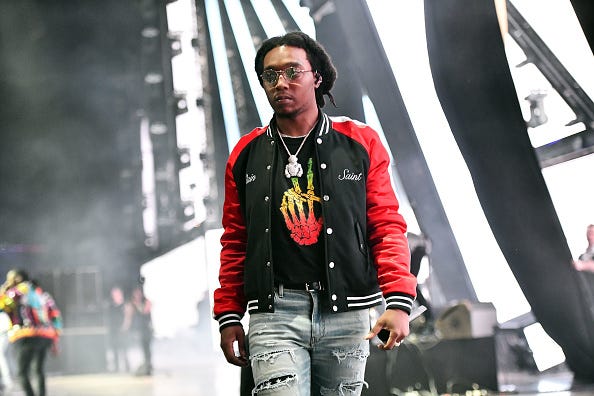 Police in Houston, TX, are looking for the gunman responsible for the shots that claimed the life of metro Atlanta rapper Takeoff of the group Migos. Photo credit Getty

Quavo was also at the private event when the shooting occurred striking Takeoff in the head and neck area according to police. 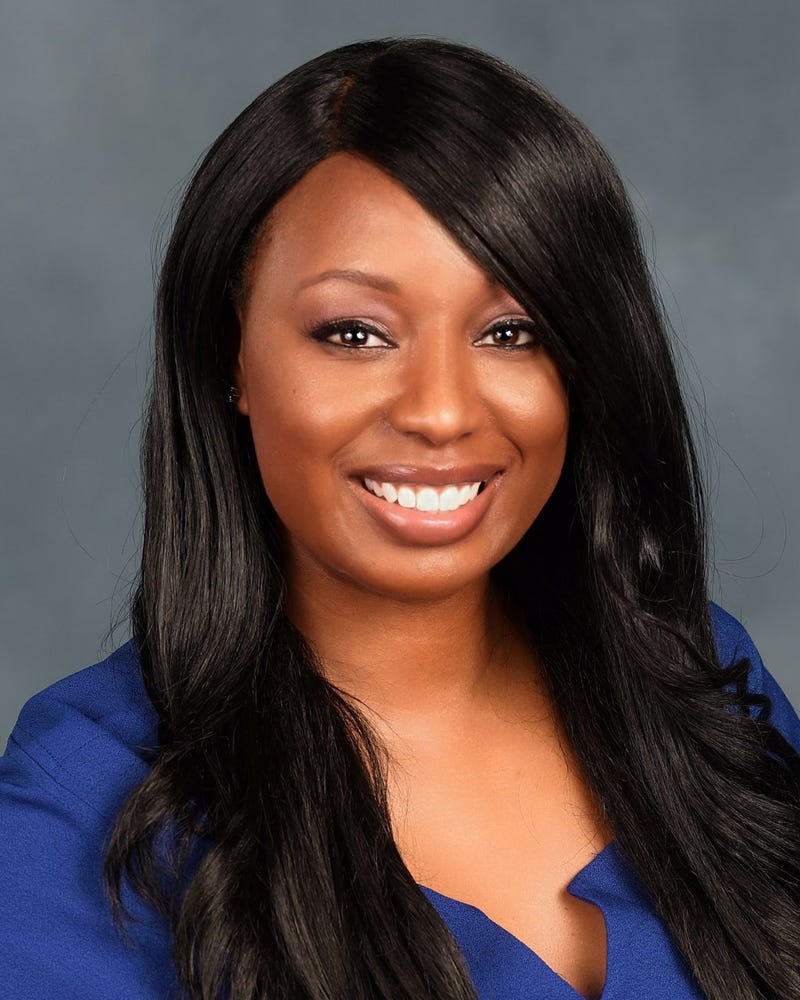 Police are asking witnesses to the shooting to come forward in an effort to determine who fired the shots that claimed the life of Takeoff and injured two others.