Kyle Pitts had a big game for the Falcons in the Week 3 win over the Seahawks with five catches for 84 yards. But against Cleveland he totaled just one catch and 25 yards, but he had quite a bit of praise heaped on him postgame.

Atlanta Falcons offensive coordinator Dave Ragone explains just how important Pitts was to the success of the Falcons run game against Cleveland.

"We constantly talk about every guy is needed and Kyle (Pitts) has done a great job of understanding how he fits into the system, especially in the run game," says Ragone. "He's taken a lot of pride in it just like the other guys."

"Team are going to come in, have to come up and stop the run, it can open up other things," explains Ragone. "It's about guys understanding how they fit within each play, the guys have a great attitude, they buy-in to the culture and everything else. Hopefully we can keep it rolling" 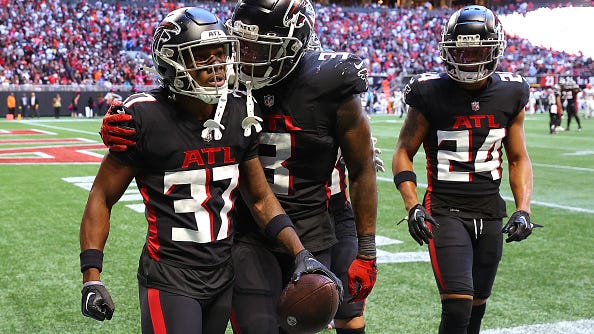