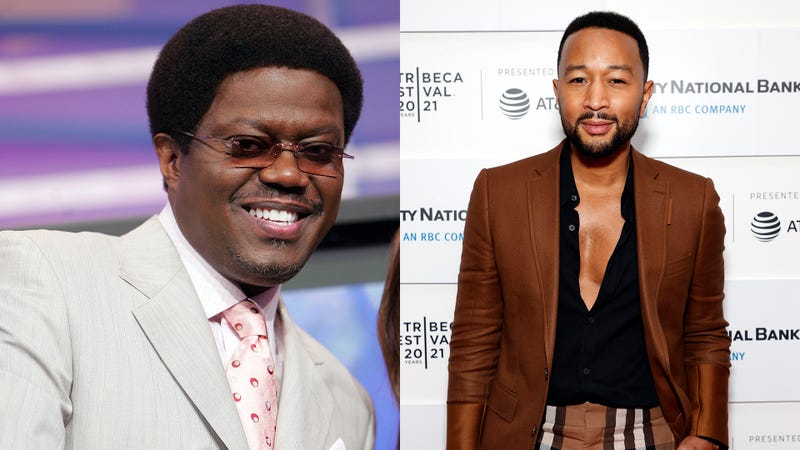 Bernie Mac’s life story is set to be told on the big screen.

According to The Hollywood Reporter, a biopic about the legendary comedian is in the works and is being made by John Legend’s production company, Get Lifted.

“We just partnered with Bernie Mac’s estate to cover Bernie Mac’s story,” Mike Jackson, Legend’s producing partner said. His statement seemed to catch Legend by surprise as he said it was “something that John doesn’t know about yet” as it “just happened today.”

“Look at you breaking news over here,” Legend said in response

There is a link between John Legend and Bernie Mac as Legend appeared in 2008’s Soul Men, which was one of Mac’s final movies.

“His humor was always edgy but it always had so much heart to it at the same time,” Legend said. “You could tell he was a family man. You could tell that he loved the people he was talking about. He truly just got joy from lighting people’s faces up with laughter.”