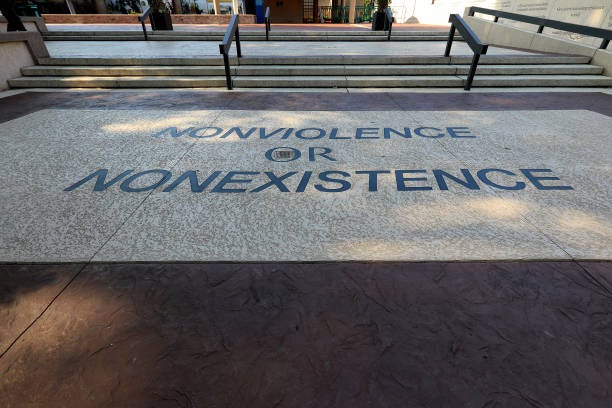 What can be achieved through non-violence? As we prepare to mark yet another King Holiday on Monday, January 16, King Center CEO Dr. Bernice A. King continues the legacy of her father and mother in seeking to create the "Beloved Community." Her father, Dr. Martin Luther King Jr., taught that a Beloved Community can be achieved by having a "nonviolent frame of mind." 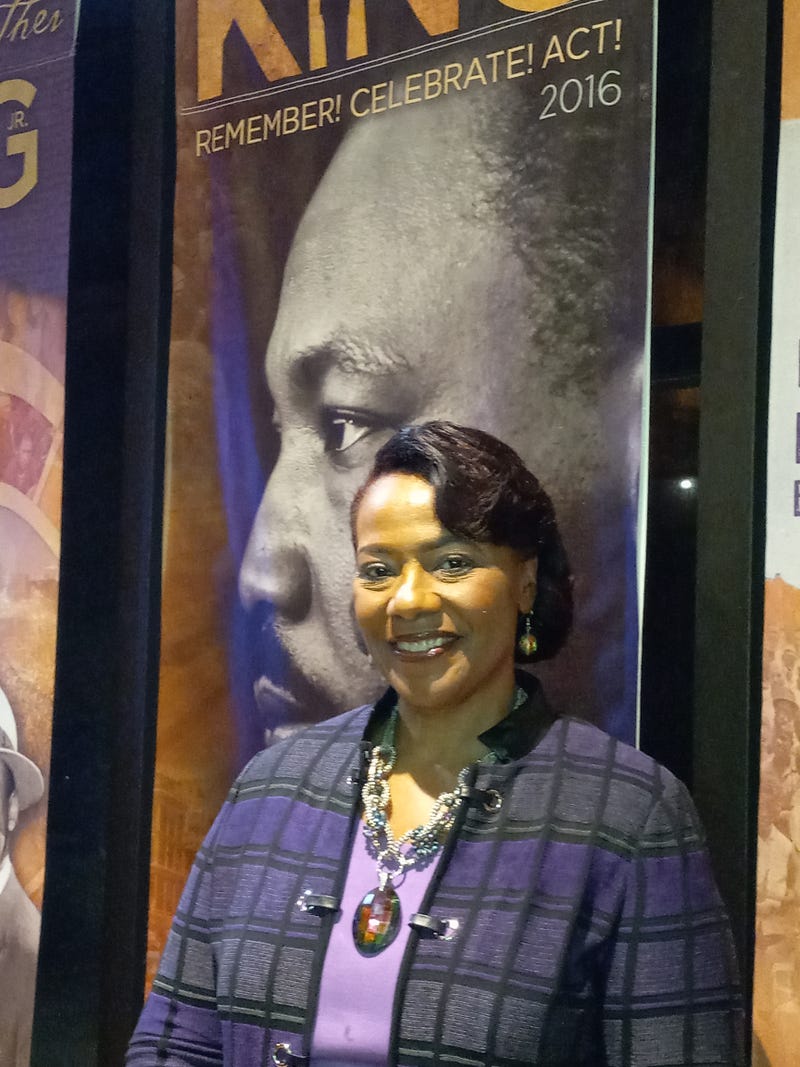 Dr. Bernice A. King stands in front of a picture of her father Dr. Martin Luther King, Jr. during a kickoff reception for the 2023 King Holiday events. Photo credit Maria Boynton/Audacy Atlanta

But, as rates of crime continue to increase, how realistic is it that a "Beloved Community" can be achieved? It begins with "an audit of the mind" says the King Center leader. "Ask yourself is there anything you're doing personally, or in the arena that you're in, that contributes to frustration and anger in others." King adds "When you're young and you're exposed to violent images, violence is going to be something that you resort to because you see it as an option."

It's also going to take, King believes, working among policy makers including politicians, entertainment, media, and in the educational system. "We really need to make conflict resolution a part of the educational curriculum. We live in a world where everybody is going to deal with conflict." She goes on to say, "It's a part of life, but we don't oftentimes have the ability or the skill sets to deal with those sorts of things. You're not going to get to nonviolence through violence."

The King Center's education and training program, Nonviolence365, launched last year, and according to King, "is getting a little bit of traction." Created to be utilized worldwide, Nonviolence365 is translated in German, Italian, French, Spanish, Korean, and Mandarin. Translations in Portuguese, Arabic, Persian, Vietnamese, Russian, Hindi and others are on the horizon says King. An online edition is now available for companies.

Dr. Martin Luther King Jr., believed that having a "nonviolent frame of mind" is the key to being able to work against what he termed as "the Triple Evils of poverty, racism, and militarism." He called them "forms of violence that exist in a vicious cycle."

"If we can get it (Nonviolence365) into the schools and colleges it's going to be exposed to enough people. I think over time, we will see some changes and some shifts." Dr. Bernice A. King adds, "It doesn't take everyone to shift culture, it takes a critical mass." 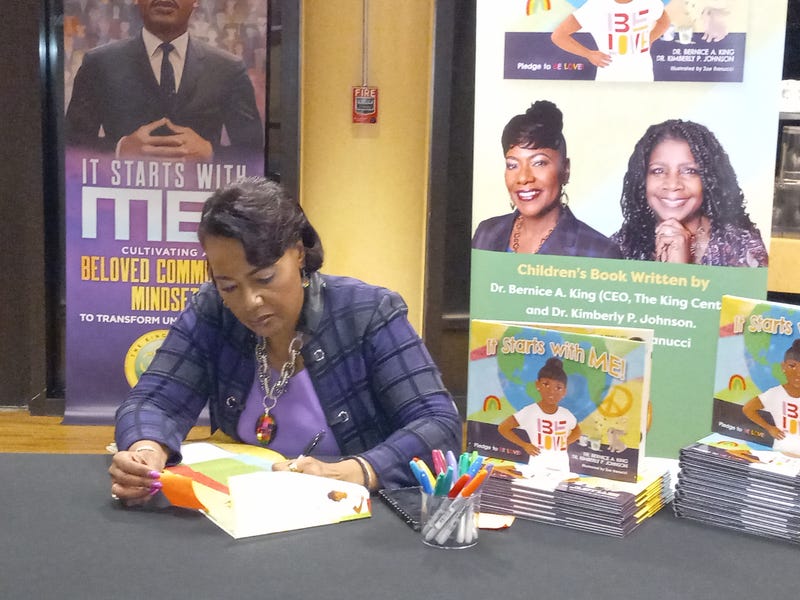 King Center CEO Dr. Bernice A. King signs her children's book "It Starts with Me!" during the kickoff reception for 2023 King Holiday events at the King Center in Atlanta GA on January 10, 2023. Photo credit Maria Boynton/Audacy Atlanta

Dr. Bernice A. King talks about her new book

Listen to full interview with King Center CEO Dr. Bernice A. King below

The King Holiday is on Monday, January 16, 2023. Events can be found via the King Center website.