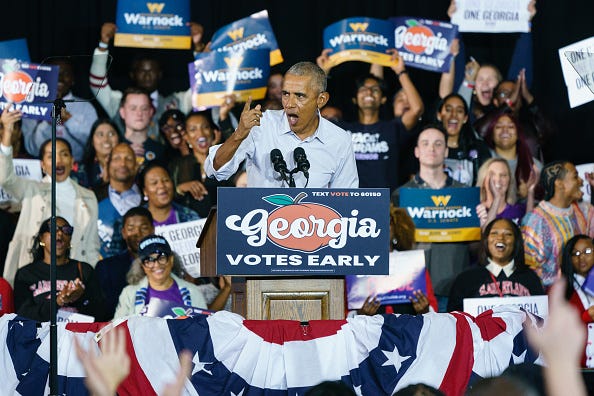 Former U.S. President Barack Obama tells thousands of supporters gathered in metro Atlanta "the only way to save democracy is to nurture it and to fight for it."

Obama was campaigning for Georgia Democrats ahead of the election, including U.S. Senator Raphael Warnock and Stacey Abrams, who is running for Governor.

America's first African American President cautioned against voting for Republicans. He said that the GOP is willing to ignore election results and making it harder for people to vote.

The event, with an estimated 7,000 in attendance, was held Friday at Gateway Center in College Park, GA.