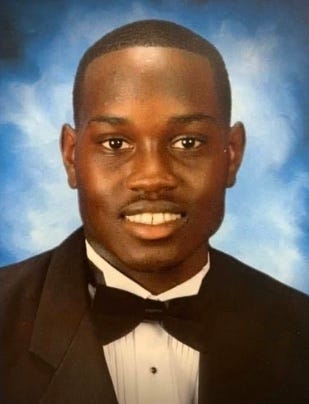 The three men convicted of chasing and killing Ahmaud Arbery were sentenced Friday in the same Brunswick, Georgia, courtroom where they were convicted on November 24, 2021.

Arbery's mother Wanda Cooper-Jones told the court that she wanted Travis McMichael to never be released from prison. Marcus Arbery told the judge that the men "lynched" his son "in broad daylight." Both asked for the maximum sentence to be imposed.

Atlanta criminal defense attorney Gerald Griggs was in a courtroom overflow area during the sentencing. He tells Audacy Atlanta's Maria Boynton that listening to the victim impact statements from Arbery's parents was "heart-wrenching".