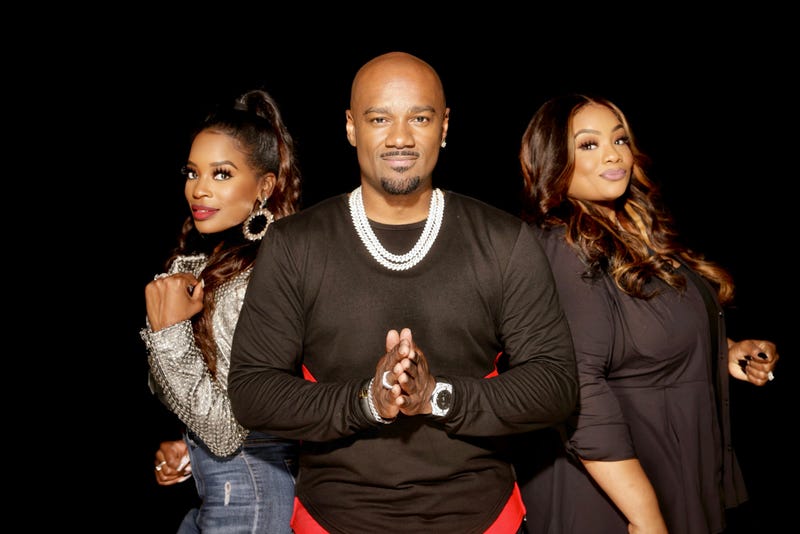 By The Big Tigger Morning Show

“We’re excited about the addition of two local superstars to our weekday morning show alongside Big Tigger,” said Rick Caffey, Senior Vice President and Market Manager, Audacy Atlanta. “Their personalities and style, coupled with their connection to our city will bring a fun and unique layer to the show.”

“I'm happy to be Joining ‘The Big Tigger Morning Show’ with him and Shamea,” said Ms. Pat. “As an Atlanta native born at Grady in the basement and raised on Fairstreet Bottom, I never thought I would one day be co-hosting on V-103. When you put it out in the universe the universe will give it back to you.”

Patricia Williams (aka Ms. Pat) is a comedian, author, podcaster, and actress. In August 2021, Pat’s multi-cam sitcom “The Ms. Pat Show” premiered on BET+ with the series being picked up for a second season within weeks. In September 2021, Pat returned to her hometown of Atlanta to tape her first hour standup special, which will premiere on Netflix in 2022. In 2017, she published her memoir “Rabbit” with Harper Collins, which chronicled her life. “Rabbit” was nominated for an NAACP Award for Outstanding Literary Work and Rotten Tomatoes included it on their list of “Books Becoming TV Series We Cannot Wait to See.” In addition to her other projects, Ms. Pat has long been a favorite with standup critics and fans. In 2019, she was hailed by Variety as a “Top 10 Comic to Watch.” She has appeared on Netflix’s “The Degenerates” and Larry Charles’ “Dangerous World of Comedy,” Comedy Central’s “This Is Not Happening,” NBC’s “Last Comic Standing,” and Nickelodeon’s “Mom’s Night Out.”

I grew up in this city listening to this station and I am indebted to sharing my love for the people, the community and the culture on this iconic brand with these two legends,” said Morton.

A singer, dancer and actress, Shamea Morton is a former member of the quartet Co-Ed, whose hit “Roll Wit Me,” was named to Billboard’s Hot R&B/Hip-Hop singles chart. She joined the Atlanta Hawks cheerleading squad from 2003-2014, cheered for the Atlanta Falcons for five seasons, including 2011 and 2012 as captain, and danced for the Georgia Force Arena Football League for four seasons.

Morton, who made Jezebel Magazine’s annual Most Beautiful Atlantan’s list in 2012, studied Improv at the renowned Nick Conti’s Professional Actor’s Studio and took acting classes at the Alliance Theater in Atlanta. She has appeared in the critically hailed film “Drumline.” Other appearances include “Lesson Before Love,” Alliance Theater’s play “Olympic Village,” “Illusions,” “Dark Child,” Tyler Perry’s play “The Haves and the Have Nots” and movie “Temptation,” as well as TLC biopic “Crazy, Sexy, Cool,” “Ride Along 2” and “Meet the Blacks 2.” She joined the cast of the “Real Housewives of Atlanta” in Season 8 and is still casted as a friend of the show. She is the official in-game host of the NBA’s Atlanta Hawks and has been in this role for the past eight seasons. Morton hosted the 2021 NBA All Star Game. Morton, who studied Broadcast Journalism at Morris Brown College and holds a dual degree in Psychology and Sociology from Georgia State University, is also a contracted interpersonal life coach and consultant for law firms in the metro Atlanta area and major corporations.