By Logan Mullen and The Steakhouse, Audacy

﻿Name, Image and Likeness (NIL) has given college athletes the opportunity to make life-changing money before they even reach the professional level.

Michael Vick thinks that could have adversely impacted him.

Vick was stellar in college at Virginia Tech. After a redshirt year, his freshman campaign he finished third in Heisman voting, then played his redshirt sophomore campaign before declaring for the draft – something he was reluctant to do.

“I wanted to stay, I did not want to go to the NFL, I did not want to enter the draft,” Vick told “The Steakhouse" on 92.9 The Game. “I felt like I needed one more season under my belt. I just got acclimated, I had a ton of teammates I cared about dearly, I really appreciated Coach (Frank) Beamer and my coaches. I wanted to graduate, and I liked being on campus. Things were starting to fall into place.”

The notoriety he was gaining would have made him highly sought after if NIL existed while he was playing. Especially as someone who grew up in poverty, that influx of money would have been hugely impactful.

But the amount of money a quarterback can earn off NIL pales in comparison to the long-term earning potential they have if they can become even an average backup in the NFL. At Virginia Tech, it was clear Vick had the ability to become much more than that.

And because his NFL dreams helped keep him motivated, Vick thinks getting a windfall of cash in college could have been problematic.

“That might’ve been a detriment,” Vick admitted. “I think I needed to stay motivated, I needed to stay hungry at night, I needed to continue to dream. All the while while I’m playing college football I’m still dreaming, I had no money and I was so appreciative of the little things I had at the time. But I also knew that it was a different life ahead of me if I stayed focused and stayed in the moment and didn’t get too far ahead of myself. If I could just not get complacent, continue to compartmentalize everything and have an amazing 2000 season, then everything would come full (circle).

“I spoke to a general manager who said if you wait until your junior year you’ll be the first pick of the Houston Texans, so it was all of these things coming at me. It was time for me to enter the draft whether I was going to go or not. I went back home to Virginia, I went back to my mom’s house and it was still the same thing. We were still in poverty, and it was like this is it, I’ve got to go. I felt like I was forced to do it, but thank God I did. I ended up in Atlanta.”

Vick’s perspective just goes to show the nuances involved with NIL. There are enormous, and deserved, benefits for the athletes who make millions for their universities. But it remains largely uncharted territory, and Vick's remarks are evidence that if someone isn't ready to handle that kind of money, it could have its drawbacks. 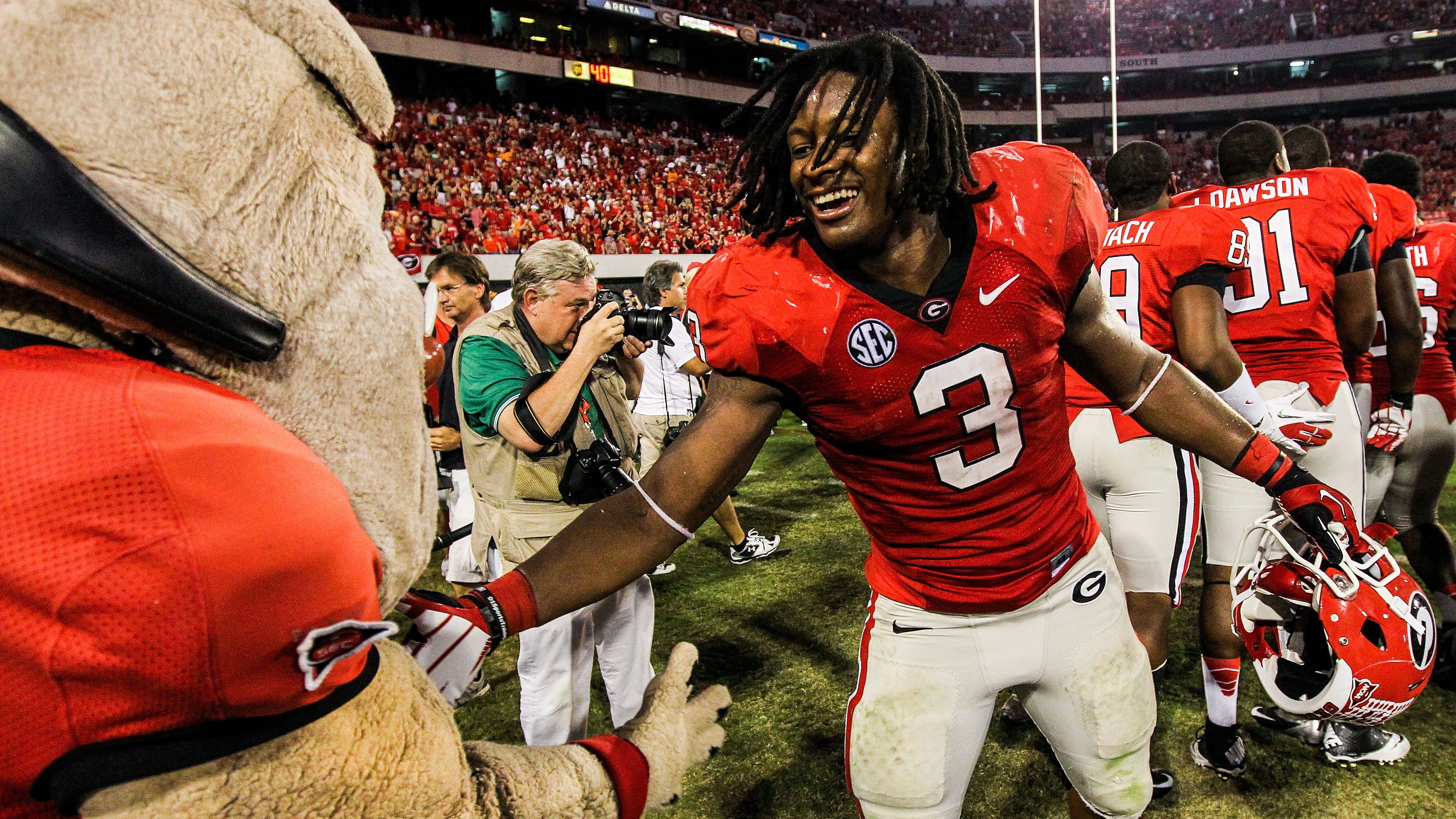