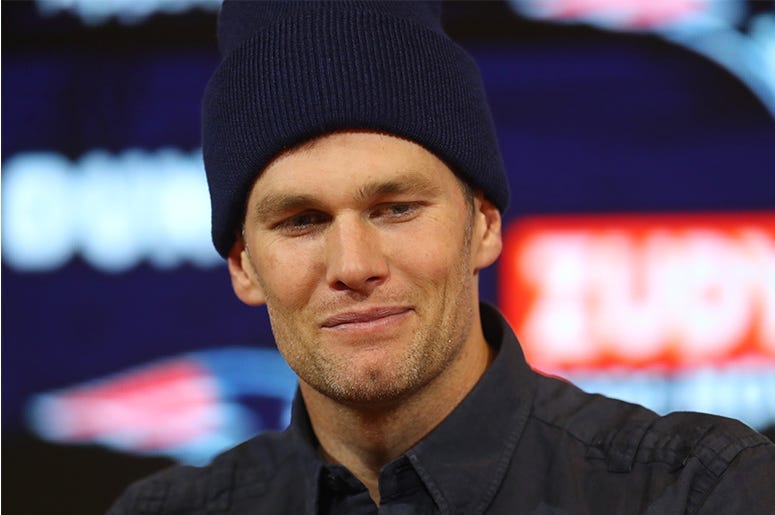 His previous cryptic social media post has finally been revealed!

The other day Tom Brady threw everyone a curve bowl when he posted a black & white photo of his silouette at Gillette Stadium. People were debating which way he was walking -- onto the field or off -- trying to decide if this was a clue to if he was statying with the Patriots.

Now, it's all been revealed. His post was related to the Hulu commercial that he starred in, which aired during the big game.

After saying "it's time to say goodbye to TV as you know it" everyone's favorite QB revealed that he "isn't going anywhere!" What a fantastic way to play into the entire narrative for an ad. We really need him to stay in Boston.

Check out the commercial below: