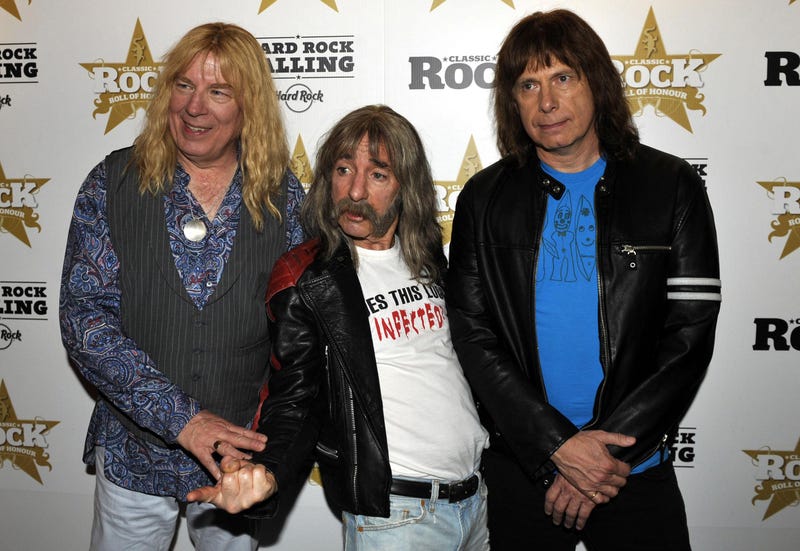 Rob Reiner has many moments of true greatness to his credit.  He played Archie Bunker's liberal son-in-law, Michael "Meathead" Stivic, in the groundbreaking television series "All In The Family".  He's directed some of the greatest movies of all time: "Stand By Me", "The Princess Bride", "When Harry Met Sally", "Misery", "A Few Good Men".  But some think his crowning achievement is "This Is Spinal Tap".

A "Mockumentary" about a fictional British hard rock band's long career and attempted come back.  It was done so well and was so convincing, that upon it's release people started looking for Spinal Tap's albums, and musical artists like Tool, U2, and Ozzy Osbourne who actually thought it was a real documnetary when he first viewed it and scoffed, “They seemed quite tame compared to what we got up to”. It is one of the most quotable movies ever and even the title itself has become an adjective, i.e. "That was a real "Spinal Tap moment".  This is an excellent example of that involving Tommy Lee from Motley Crue:

At least he didn't choke on someone elses vomit or spontaneously explode like some of Spinal Tap's drummers.  Here's a classic Tap moment involving bassist Derek Smalls:

Reiner, who plays director Marti De Bergi in the film, is bringing "This Is Spinal Tap" for a screening and Q & A session to The Hanover Theater in Worcester, MA on April 16 for it's 35th anniversarry.  In this interview he talks about some of the real life events that inspired certain scenes and if the band will ever get back together.

Just for reference, here's the "getting lost back stage scene" we were talking about:

And the scene that birthed a slogan for taking it to the next level and inspired Elon Musk's design for the Tesla:

Remember, as guitarist David St. Hubbins said, "It's such a fine line between stupid and Clever"